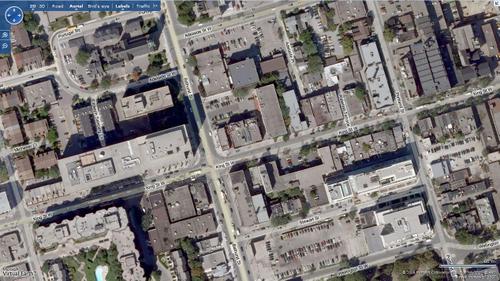 I am a pretty loyal user of Google Maps but over the past few months I have been using Microsoft’s Live Maps when I want to map houses or neighbourhoods.

My shift to Microsoft has to do with a tool they launched called Bird’s Eye View.  Traditional aerial views are overhead satellite images that show us little more than the colour of our neighbour's roof.  Bird’s eye view on the other hand is an aerial look at our city from a 45’ angle giving us a much better look at our streets.

Here’s the intersection of Bathurst and King Streets using an aerial view. 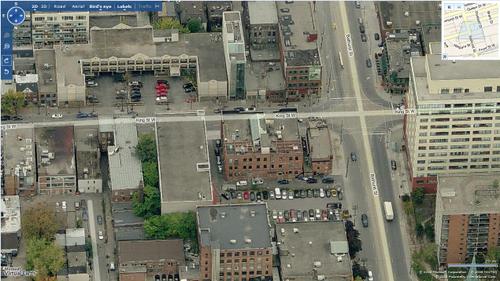 This technology has been around in the US for some time and only recently made its way to Toronto.
This is a great tool for home buyers who want a better sense of what neighbouring homes look like prior to viewing homes they are interested in.  It’s also valuable for home buyers who are researching new neighbourhoods online.

Google has a competing mapping technology called Street View. Street View gives users a 360’ street level view of a street.  Here’s what you would see if you were standing outside 126 MacDougal street in New York's Greenwich Village. 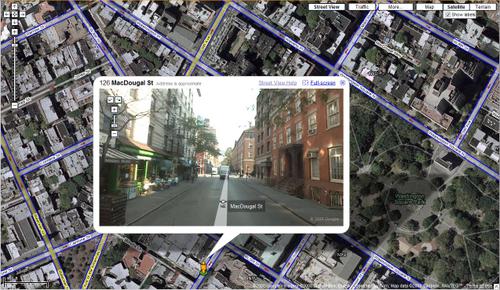 Since the launch of Street View in the US bloggers have been scrambling to find the most interesting photos from Street View which includes a crime in progress and a pedestrian walking into an adults only book store.

The Canadian launch of Street view has been delayed by tougher privacy laws in Canada.