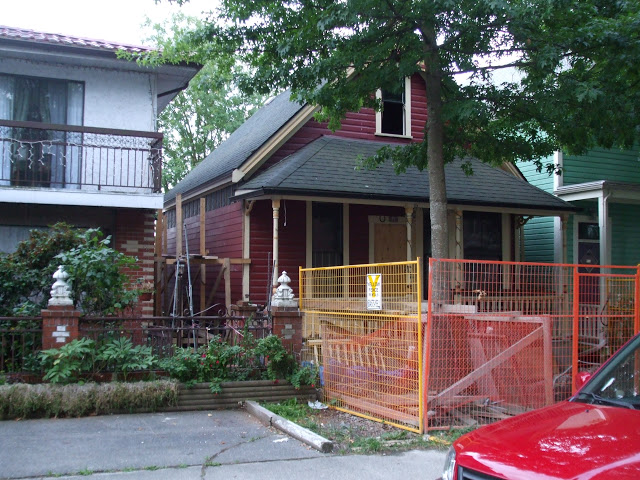 years ago, they never imagined it would turn into the "renovation from hell." Nor could they have anticipated that the City of Vancouver would ever force them to move the house eight inches sideways because it was encroaching over a neighbour's property line.

The problem began when all the houses on the same block of East Georgia St. were constructed around 1892. Due to casual survey standards at the time, virtually all the houses were built straddling the correct property lines.

Over the last century the neighbours on the block granted each other comfort letters or encroachment agreements to allow their houses to encroach onto each other's side yards. And for 117 years, everybody lived happily ever after until Hertzman and Pencarrick obtained a permit to complete interior renovations to their house last November.

While the work was underway, they discovered that the house was built over an old riverbed and due to crumbling foundations, was literally sinking into the ground. The home inspection the couple obtained prior to purchasing the house missed the fact that the foundations were failing, and merely noted that they were "typical for a house of this age." 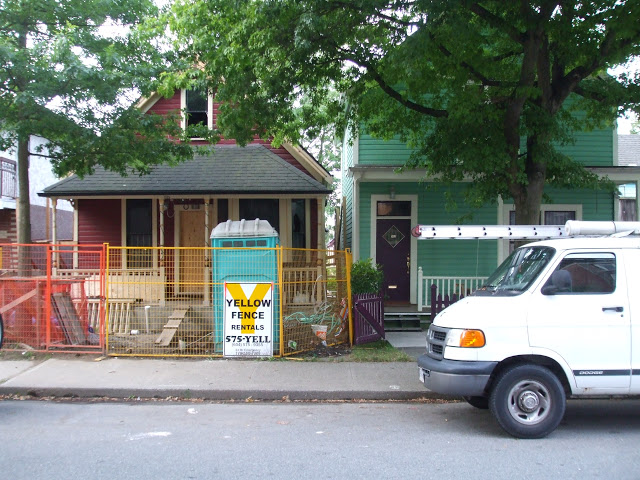 That's when things went off the rails and the city issued a stop-work order. It took the position that Hertzman and Pencarrick were constructing new foundations, and wouldn't let them build on what was admittedly a few inches of their neighbour's lot.

Possessory title, commonly known as ``squatter's rights,'' is unavailable under the British Columbia land titles system, even though all the houses on the block have been encroaching onto their neighbour's land for 117 years.

With work at a standstill and the house sitting up in the air on steel beams, there wasn't time to apply for a zoning variance or buy a few inches of land from the neighbours, so the couple caved in to the city and moved the house eight inches to the west.

Ironically, the house to the west is sitting about 18 inches over the Hertzman-Pencarrick property line, and now the two houses are so close together that it's impossible to take a bike or stroller down what's left of the passageway.

"It's a fire hazard," Hertzman told me in a telephone call last week. The house is now "squished onto the lot and it doesn't make sense where it is."

The new foundations are now in, the basement is much taller than it was previously, and the house is sitting in its new location.

"We're just wrapping up the framing," Hertzman said, "and then we'll work on the electricity and plumbing."

Straightening out the mess with the city set the project back by six weeks and cost about $6,000. The couple have been out of the house since last January and hope to move back in early next year.

Sadly, Hertzman and Pencarrick seem to have received bad advice from a number of sources involved with the house.

Hertzman pointed the finger at his home inspector, planner, contractor, building inspector and the city.

"If you're planning renovations," Hertzman told me, "get all the advice you can. Don't assume people who say they're experts are experts. Get all possible information about zoning, encroachments and building code."

Originally built as a tiny worker's cottage, the Hertzman-Pencarrick house is listed on the city's heritage register as one of Vancouver's oldest homes.

Rick Michaels, a representative of Development Services with the City of Vancouver, echoed Hertzman's advice. "Ensure you have a design professional who understands zoning and discretions/relaxations ... and the various code alternatives available," he wrote to me in an email, "and get legal advice on the `security' of your encroachment."

He also recommended taking the time to flush out challenges and make critical decisions "while in the paper chase," and not in the middle of the construction flow where changes can and do result in costly delays.