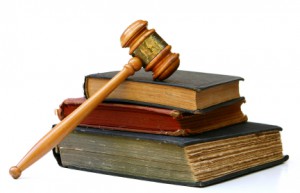 In many ways, our government run CMHC mortgage loan insurance program works a bit like the typical Bank of Mom and Dad. When lenders find people who need mortgage loans and don’t have a down payment of at least 20%, they are called 'high-ratio' loans and Mom and Dad set the rules. Today, every high-ratio deal must pass through an insurer’s filter (CMHC is by far the biggest). This parent-like discipline is enforced to ensure that banks do not expose their depositor’s money to substantial loan risk. After all, if we t

hought there was any danger that our bank would lose our chequing account money to bad loans it would undermine our confidence in the entire banking system. And well, we can’t have that.

This lending structure has helped us fare well of late, and it has been held up to the world as a model to be copied. So kudos for that. But as with every system, it also has its drawbacks, like the fact that every lender offers the same high-ratio products using different names and different-coloured pamphlets. In a perfect world CMHC would act as a ‘market maker’ to ensure a minimum standard for high-ratio borrowers that private market competitors would then augment with more flexible solutions, based on risk-based pricing and investor demand that would ebb and flow in response to market conditions. But we’re getting ahead of ourselves. Let’s start with the basics.

If you want to buy a house using a down payment of 20% or less of the purchase price, you are required to pay for mortgage loan insurance (officially referred to as mortgage default insurance). You are essentially buying it on be

half of the lender because if you default on your mortgage, the insurer will reimburse the lender for your loan and most associated costs. The amount you are charged increases as your down payment decreases and your cost generally ranges from 1% to 4% of your purchase price. You are allowed to add the fee to your mortgage, but you have to pay the associated GST upfront, as part of your closing costs. CMHC has programs for self employed applicants, new immigrants and a whole host of other groups. Your mortgage loan insurance is fully transferable to a different lender if you find a better deal at renewal and if you want to increase your original loan amount at some point in the future; you only have to pay an insurance fee on the additional amount borrowed.

There are two other insurers who offer very similar products: Genworth and Canada Guaranty (for

merly AIG). In theory, since these are private companies, they should be more innovative and offer borrowers more flexibility (as mentioned above) but in reality, CMHC has prevented this by matching every innovation to protect its dominant market share. Examples in recent years include 40-year amortizations, stated income lending and insuring borrowers with Beacon (credit) scores of less than 600. Unlike a private company, however, when CMHC matches a new product they also commoditize the pricing. With profit margins reduced for the private insurers, the attractiveness of taking on incremental risk diminishes. While on the surface that sounds like a good deal for consumers, in reality, it discourages innovation. After all, why would a private insurer offer a more flexible product when it will just be copied and commoditized by the government-run hegemon?

Having a centralized policy for high-ratio underwriting risk has given the government no small amount of control over our residential market. Given the US example of what happens when lending runs amok, maybe that’s not entirely bad. Especially when you consider that since CMHC started assuming the risk for high-ratio mortgages, it has opened up home ownership to a huge swath of middle-class Canadians and was an important catalyst for the democratization of Canadian credit. Since that time (1954), our home ownership levels have been rising steadily and are now among the highest in the world.

It’s just too bad that CMHC’s influence has discouraged private market innovation. In the end, a more balanced market that includes risk-based pricing is the ideal we should be shooting for, with CMHC setting the baseline and privat

e insurers constantly innovating to ensure that every willing investment dollar is matched to borrowers who need additional flexibility to qualify (and who are willing to pay more for the privilege). Just like any Bank of Mom and Dad, CMHC’s ultimate goal should be fostering an independent market that can stand on its own two feet.

David Larock is an independent mortgage planner and industry insider
specializing in helping clients purchase, refinance or renew their mortgages.
David's posts appear weekly on this blog (movesmartly.com) and on his own
blog (integratedmortgageplanners.com/blog).
Email Dave