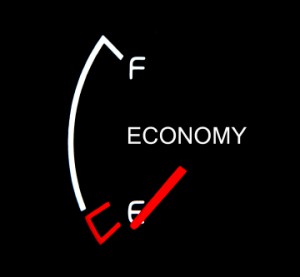 Interest Rates and The Liquidity Trap

Falling interest rates are usually met by borrowers with a toast all round. After all, what other substantial cost do we have that has the potential to decrease over time? Consumers and businesses alike can use this found money to pay down debt faster, to reinvest, or to spend. But the decision they make about wh 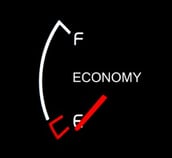 at to do with this extra money has far-reaching implications for the overall economy because while reinvesting or spending the money contributes to economic growth, saving it or paying down debt has the opposite effect. With thousands of people making the decisions to save/spend on a daily basis, our economy’s momentum is in constant flux and our central bank uses short-term interest rate adjustments to keep it from becoming too hot or too cold. This ability to adjust short-term interest rates is our central bank’s main policy instrument, and it is a powerful tool until the overnight rate approaches zero. When this happens, the ability to stimulate growth by lowering rates is lost, and threat of a liquidity trap emerges. Today’s post will explain how a liquidity trap is caused and may well change your reaction the next time Mr. Carney inches the overnight rate upwards.

Let’s start by outlining the circumstances under which our central bank would lower the overnight rate to zero percent. Such an emergency measure is required when spending and business investment plummet because with less money circul

ating, the economy slows dramatically. The central bank tries to offset this negative momentum by lowering policy rates, making saving less attractive and borrowing more so (in effect by penalizing savers and rewarding borrowers). If the stimulus works, spending and investment increases, and the economy recovers. But it’s a gamble. Like an engine that is flooded with gas from too much priming, very low rates can instead stall the economy if consumers and business don’t respond to these incentives and decide to save instead of spend. This is the liquidity trap - policy rates at or near zero causing increased savings instead of increased spending.

Here is an example of how this could happen: Imagine, still using the scenario above, that you receive a bonus of $25,000. With interest rates at rock bottom lows, the central bank is trying to incent you to spend that money. (A new boat perhaps? How about a nice plasma TV, sir?) In a liquidity trap, you and thousands more like you decide to save the extra money for a rainy day, even though low rates provide little incentive to do so. This reduced spending and investment sl

ows our economic momentum which lowers our future earnings and inevitably means that next year, our bonus cheques will be smaller. This self-perpetuating momentum of spend less/earn less cannot be counteracted with the central bank’s most powerful tool for monetary stimulus because short-term rates are already as low as they can go. Against this backdrop, the threat of a deflationary spiral would be very real indeed. (As a reminder, deflation causes customers to continually delay purchases because tomorrow prices will be cheaper, while inflation causes customers to buy today because tomorrow prices will rise.)

Some economists argue that as short-term rates approach zero, the market’s expectation of when rates will rise is equally as important as the interest rates themselves. If people think that low rates are temporary and will be raised before or even as inflation returns, then they will change short-term behaviour to take advantage of the stimulus. That’s why Mr. Carney told the markets in April, 2009, that he would not raise rates until June, 2010. He knew that the impact of th 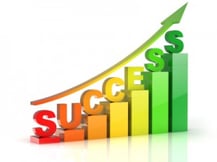 e stimulus would be greatest if it came with an expiration date. (He’s smart, that Mr. Carney.) Of course, we had to believe his promise, and in retrospect, we showed that we did. The super-low rates offset our waning confidence and we chose to spend instead of save, to positive effect. In Canada at least, the emergency monetary stimulus worked the way it was supposed to.

So next Tuesday, when Mr. Carney cautiously edges our overnight rate up another .25%, think of it as good for us in a castor oil sort of way. Increasing rates from their emergency low levels (slowly) is a necessary stage in our return to full economic health. Better still, a normalized overnight rate, which has room to be lowered in the future, restores power to the Bank of Canada’s most effective policy tool. Cheers to that.

David Larock is an independent mortgage
planner and industry insider
specializing in helping clients purchase, refinance or renew their
mortgages.
David's posts appear weekly on this blog (movesmartly.com) and on his own
blog (integratedmortgageplanners.com/blog).
Email
Dave