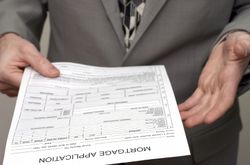 Mortgage fraud may no longer be on the front pages, but the fallout from hundreds of past fraud cases is still wending its way through Ontario courts.

The most recent decision in this area of law was released in June by the Ontario Superior Court of Justice, and involved a mortgage fraud perpetrated on the Royal Bank of Canada.

The story begins in a Tim Hortons back in October, 2004. Angela Isaacs was having a coffee with her then-common law husband, Dexter Abrams, discussing the sorry state of their finances. Another customer overheard their conversation and introduced himself as Mike. He said he could help them and left his phone number if they wanted more information.

A couple of weeks later the couple contacted Mike, who offered to pay $4,000 if one of them would co-sign a mortgage for an acquaintance who had trouble getting financing on a house.

Ultimately, Isaacs reached an agreement with a woman who identified herself as a mortgage broker named Marcia Briggs. She agreed to pay $6,000 to Isaacs for co-signing mortgage documents on a house being purchased by someone named Mark Forrest.

Briggs and Mike told Isaacs she would only be liable as a guarantor for six months and that during that time Forrest would be making all the payments.

Briggs later went to a Royal Bank branch and signed some bank forms, including a mortgage application for a house on John Stoner Dr., near the Toronto zoo.

Later she met with a secretary in a law office and signed a mortgage for $279,451.29 and other documents without any explanation or discussion.

The fraudsters never made any payments on the mortgage. Upon investigation, Isaacs discovered the true extent of the fraud:

The lawyer involved has been administratively suspended by the Law Society. Isaacs later sued the bank to compensate her for the losses sustained in attempting to carry the mortgage after it went into default. In turn, the bank sued Isaacs to recover its losses. The issue for the court to decide was which of the two innocent parties — the bank or Isaacs — would bear the bank’s $95,000 loss.

In June, Justice Anne Molloy dismissed Isaacs’ case and awarded the bank damages of $94,756 and costs of $13,500 against her. The judge had no sympathy for Isaacs. She was foolish to rely on strangers to the extent she did, wrote the judge. She was foolish to sign documents she did not read and did not understand. But she cannot have believed this transaction was completely risk free to her . . . she took the risk and she got stung. That is her responsibility, not the fault of the bank.

Molloy noted that Isaacs was in the best position to avoid the fraud and did nothing to protect herself. The bank had no obligation to investigate the transaction or explain the documents to Isaacs and was not required to protect her from others who were deceiving her without the bank’s knowledge.

Two lessons emerge from the Isaacs case: If a real estate deal seems too good to be true, it probably is. Never sign anything in the office of a bank, mortgage broker or lawyer unless it is fully explained to you.