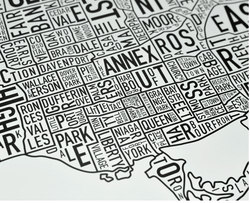 Buying 101: Investing in an Up and Coming Neighbourhood

“Where is the next up and coming neighbourhood?” has to be the question I’m most often asked by home buyers. The idea of finding a rough around the edges (read: not boring) neighbourhood that still offers the comforts of life (cafes, yoga and access to transit) is definitely part of the appeal. But in my experience, those that actually buy in up and comers fall into two main groups - those that are pushed into the neighbourhood because they can't afford the more established, first-choice neighbourhood next door and those that are looking to buy at a discount and make a better return on an area that grows up along with them (they don't mind - and even like - a bit of grit with their latte). This post is geared towards that latter group.

For those primarily interested in making a good return on their real estate investment, buying into an up and coming neighbourhood is a lot like buying a small cap stock. Small cap refers to companies that are usually new or very young and are worth much less (a lower market capitalization) relative to most publically traded companies. These stocks tend to be riskier but offer investors the possibility of an above average appreciation on their investment.

Much like small caps, up and coming neighbourhoods are a bit riskier because they don’t have the track record of blue chip neighbourhoods like the Annex, Riverdale and Leaside. In blue chips, residents are steady managers - the high value of your neighbourhood means you are incented to keep your house up to date, your lawn green and your school well monitored. The potential up and coming neighbourhood typically has a higher concentration of homeowners who have invested less in their houses, partly because they have been unable to, and partly because it had not previously been clear why doing so would pay off in a less popular area. Until there is a subtle shift that sees a few home owners, landlords and entrepreneurs start to invest in the area because they see the potential for popularity - in part due to the natural features of the area (be it good housing stock, unbroken strips of commercial dwellings or just a central location) and in part due to their efforts. (Others who have arrived merely in pursuit of affordability - be it artists, small businesses or homeowners also add to the momemtum.)

I sometimes find that there’s a misconception among many home owners that house prices appreciate at a uniform rate across the city. I see this when meeting with home owners to give them a better sense of the true value of their home. Many owners will say to me “I bought my house for $400,000 and we’ve owned it for 5 years, house prices in Toronto have appreciated by roughly 5% per year which means my house should be worth $510,000.” While this approach makes some sense, the error that most homeowners make is they assume that house prices in their neighbourhood have appreciated at the same rate as the city average.

Because of my background in real estate portfolio management and my admitted affinity for up and coming neighbourhoods (I love buildings and I find that a lot of beautiful ones lie in Toronto's neglected pockets), I have long known that neighbourhoods appreciate at very different rates. But before I started Realosophy, it was difficult to actually prove it. The Realosophy team decided to invest in neighbourhood analytics from day one and since 2006 we have been able to see how neighbourhoods are performing relative to each other and to the city overall. 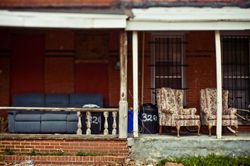 risk on the home buyers part because they don’t know how that neighbourhood is going to change - or more importantly, that it will change enough. They believe it has the potential to. But in essence they are making a bet - and many of the factors they rely on are not in their control. They are betting that one day someone is going to buy their neighbour’s run down house with its dilapidated front porch piled high with furniture after being convinced by the potential in the renovated house down the block. And they are betting that this type of rejuvenation is going to happen on a wide enough basis and quickly enough. They are also betting on what others think the neighbourhood should be and how they will respond to growth (fellow residents, city planners, community activists, developers, commerical landlords, the list goes on).

If the neighbourhood does in fact improve, the courageous home owners who bought early enough can
expect to be rewarded with a rate of appreciation in their homes value that exceeds the city average. Our analysis shows that up and coming neighbourhoods can appreciate at a rate of roughly 10-12% per year which is significantly higher than the 5% average we are seeing in the GTA overall. That means a $400,000 home that may be worth $510,000 after 5 years somewhere in Toronto may be worth $645,000 after 5 years in an emerging neighbourhood. So the upside potential of investing in an up and coming neighbourhood is clear.

The downside is even harder to assess. I'll be covering that and how to better your odds when you bet on an up and comer in future posts.