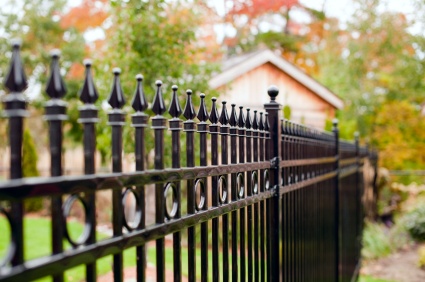 A recent decision of the British Columbia Court of Appeal serves as a strong reminder that landowners who are involved in property boundary disputes should never take the law into their own hands.

Colleen Burke’s house is located on 67th St. in Delta, and the house directly behind her on 66a St. belonged to Brad and Marlene Keefe. Title to the houses is registered on an 1893 subdivision plan.

Originally, the rear fences of all of the houses in the block ran along the same north-south line, which was marked in the old subdivision plan. But in 1988 and 1989, Warren Barnard, a newly-minted land surveyor, surveyed some of the lots in the area. He incorrectly concluded that the rear fences did not correspond with the true boundary lines between the adjoining lots, and were in fact out by about 12 feet.


It appears there was some confusion over the location of the original survey markers for the 1893 subdivision.

As a result of the erroneous Barnard surveys, some of the neighbours moved their fences and some did not. At that point, the rear fences in the block were no longer in alignment.

When Burke bought her house in 2002, she acknowledged in the purchase agreement that the rear fence was “not on the property line.”

The Keefes bought the house with the opposing backyard in 2007, and in February, 2008, relying on the Barnard surveys, tore down the existing rear fence over the objection of Burke and her husband, Lester Phillips. The Keefes also removed trees, plants and bushes which Burke believed were on her property.

The situation escalated and the Keefes eventually moved elsewhere and sold the house.

But that did not end the dispute. Burke sued the Keefes for trespass and for the cost of replacing the fence. Little did the parties know when the case came before the B.C. Supreme Court in March, 2009, that it would be the first of four messy and very expensive court appearances.

The trial judge gave very cursory reasons for holding that the Keefes were justified in moving the fence. Burke and Phillips appealed and won, with the Court of Appeal ordering a new trial.

The second trial took place over 15 court days in 2010. When it was all over, the trial judge ruled in favour of Burke and Phillips, ordering the Keefes to pay them more than $16,000 in damages for removing the fence.

In addition, the judge awarded the plaintiffs $5,000 in punitive damages because the male defendant acted in a “high-handed, arrogant manner when he removed the fence in the dead of night. He also chose to bear the risk that his conduct was unlawful when he resorted to such means of self-help.”

Even worse, the Keefes decided to appeal the decision, bringing the case back before the B.C. Court of Appeal a second time. In a lengthy decision, a three-judge panel upheld the decision of the trial court, but struck down the $5,000 award for punitive damages since Keefe had a “good faith” reason to believe he acted within his rights.

It also awarded the plaintiffs the full costs of the appeal. My guess is that the combined legal fees for the two trials and two appeals for both sides were between $250,000 and $400,000.

I’m finding in my own practice an increasing number of boundary dispute cases. The lesson to be learned from Phillips and Burke v. Keefe is that neighbours should act reasonably and rationally when it comes to disagreements over property lines. If a case goes to court, the legal fees will usually far outweigh the value of the land in dispute.

Bob Aaron is a sole practitioner at the law firm of Aaron & Aaron in Toronto and a past board member of the Tarion Warranty Corp.  Bob specializes in the areas of real estate, corporate and commercial law, estates and wills and landlord/tenant law. His Title Page column appears alternate Saturdays in The Toronto Star and alternate weeks on Move Smartly.  E-mail bob@aaron.ca