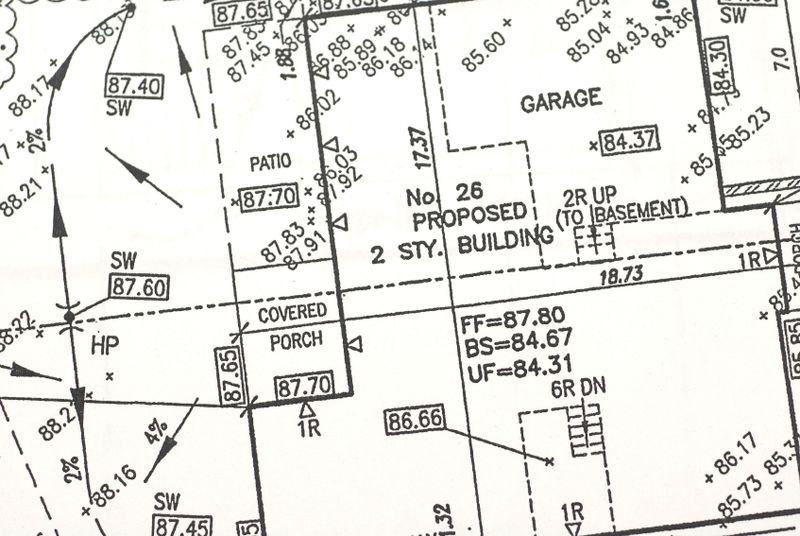 When Your House Really Belongs to Your Neighbour

Imagine waking up one morning to find out that the house you are
living in and have listed for sale belongs to your next-door neighbours,
and their house belongs to you.

That’s what happened earlier this
month after clients of mine asked me to review an agreement to buy a
home while the offer was still conditional. The property is an
attractive house in the Caledonia-Fairbanks area built in 2005-6.

Attached to the offer was a copy of
the published listing and a 2005 surveyor’s registered reference plan of
survey showing a pair of semi-detached houses built on what had been
one 35-foot lot. One of them was described on the plan as Part 1 and the
other as Part 2.

I checked the title and responded to
my clients and their real estate agents that the offer was fine,
assuming that the house being purchased was Part 2, the one on the right
side of the two semis as seen from the street.

Everything fell apart when the agent
replied that the house her clients thought they were buying was actually
Part 1, the one on the left side of the two semis.


My title searches revealed that both
sides of the lot had been in common ownership until September, 2006,
when the lot was divided into two separate ownerships with the consent
of the City of Toronto Committee of Adjustment, and one of the two new
houses was sold.

When the first of the two houses was sold, the lawyer who handled the transaction inadvertently switched the descriptions.

Unfortunately, nobody compared the
registered title with the surveyor’s reference plan to ensure that
ownership of the proper house was being transferred.

As a result, the purchasers received
and accepted title to the wrong house. That property was re-sold to the
current owners in 2012, and again, the second owner’s lawyer missed the
fact that his clients were buying the wrong home — Part 2 instead of
Part 1.

The original owners still own the
second of the two houses — the one they were not living in and want to
sell. The Toronto-Dominion Bank refinanced it in September and the title
insurance company handling the transaction registered the mortgage on
the wrong house.

The current lawyer for the sellers of
the house my clients thought they were buying did not represent them
when the mistake was made. In a detailed email, I explained the mistake
to him and the two previous lawyers who had made the mistakes in 2006.
Fortunately, the neighbour’s lawyer had purchased title insurance for
them and I assume the insurer will be picking up the cost of the
necessary remedy.

I do not know whether the sellers to my clients have title insurance.

The mistake can be rectified in one
of two ways. The owners can exchange deeds to correct the description,
and in that case the mortgages on title would have to be discharged and
re-registered on the correct lot. Another possibility would be to obtain
a court order retroactively changing the numbers on the surveyor’s
reference plan.

Unfortunately, my clients were unable
to obtain assurances from the sellers that the titles would be
corrected by their projected closing date in January, 2013, and they
terminated the transaction.

They would still be interested in the
house if the sellers can acquire ownership of the correct property. In
the meantime, the owners cannot sell their house since they don’t own
it.

The lessons from this sad case are:

• The most
important document in a real estate transaction is the survey plan.
Without one, there is no way to know with certainty whether the
purchaser is getting the correct house. Title insurance may pay to
correct a problem but it is never a substitute for a surveyor’s real
property plan.

• Buying a house without obtaining title insurance is very risky.

• Buying a house without first comparing it to a survey plan is even riskier.