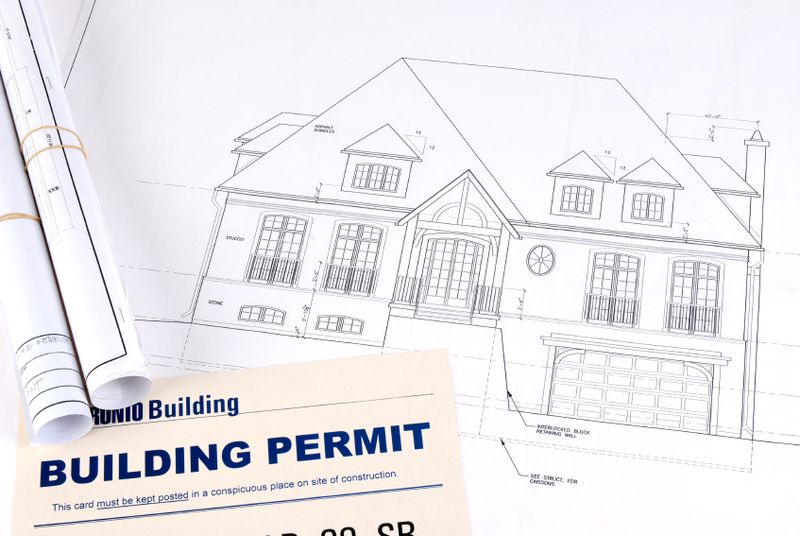 Court Finds Sale Not Closed if the Building Permit is Open

Two recent decisions
of the Ontario Superior Court have determined that an open municipal
building permit — where the city has not closed its file — constitutes a
serious title defect allowing a purchaser to back out of a real estate
transaction.

In the first case, Thomas v. Carreno,
Brenda Thomas signed an agreement to purchase a house in Toronto from
Sonia Carreno and David Jennings for $1,510,000 back in June, 2011. She
paid a deposit of $100,000 with the offer.

Prior to closing,
Thomas discovered that there was an open building permit for
construction on the property that took place in 2007. Her lawyer wrote
to the sellers’ lawyer requesting a final building inspection by the
city of Toronto so that the outstanding permit file could be closed.

Acting under the terms
of the purchase contract, the sellers’ lawyer arranged for a title
insurance policy and a $100,000 holdback of funds to be used to repair
any problems so that the deal could close.

The deal did not close
and the buyer sued the sellers for the return of her $100,000 deposit.
The issue for the court to decide was whether the existence of the open
building permit placed the sellers in default, and if so, did the fact
they arranged title insurance for the buyer remedy that default?

In the end, the court
ruled that the buyer was not entitled to kill the transaction once the
seller had arranged for title insurance and a holdback of funds. The
sellers were allowed to keep the deposit and were awarded costs of
$20,000.

The
second case came before Justice Darla Wilson in late June of this year. A
numbered company, 1854822 Ontario Ltd. signed an agreement to buy a
house on Lippincott St. from the estate of Manuel Martins.

Before closing, the
buyer’s lawyer discovered that there was an active building permit on
file for work on the property’s dilapidated garage. The buyer’s lawyer
wrote to the seller’s lawyer asking for the permit to be cleared by a
city inspector before closing.

The seller’s lawyer
replied that an open permit was not a valid title objection. He reasoned
that although the permit was issued, no work was ever done and the
permit did not obligate the buyer to perform any work.

The garage on the
Lippincott St. property had to be demolished and rebuilt at a cost of
about $110,000, but the purchaser knew the condition of the structure
when the offer was signed

The issue Justice Wilson had to decide was whether an open building permit, which has not been acted upon, affects title.

In her ruling, Justice
Wilson decided that the open building permit creates potential risk and
exposure to the buyer. It is not clear, she reasoned, that the permit
could be closed quickly and easily.

“On
the facts of this case,” the judge wrote in her decision, “there is a
risk of litigation down the road . . . The open building permit is not a
minor defect; rather it goes to the root of title and constitutes a
valid objection to title.”

The judge ruled that
the seller had not shown good title, and the buyer was not obliged to
close. (In this case, title insurance was not available.) Costs of
$10,000 were awarded against the seller.