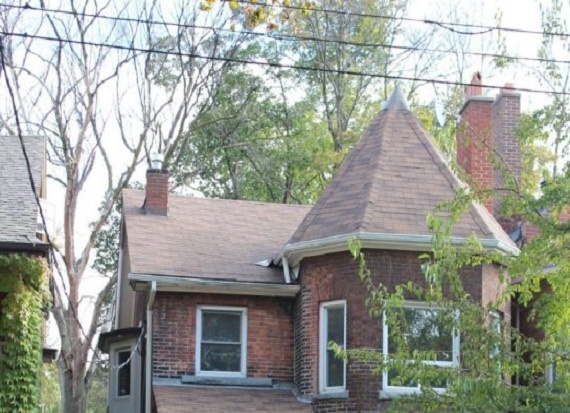 In the real estate field, when the value of a house might be affected by a history of murder, suicide, ghosts, hauntings or other unexplained happenings, it is often referred to as stigmatized.

To some buyers, a house with something like this in its background becomes psychologically tainted, even if there are no scientific grounds for the belief.

There is no law in Ontario requiring sellers to disclose paranormal events, but real estate agents are required by their rules of professional conduct to reveal any fact that could affect a person’s decision to buy a property. There is no time limit on the agent’s disclosure requirement.

With Halloween coming up, I was reminded of the issue of stigmatized property as I read the fascinating new book, The Massey Murder, by Charlotte Gray (Harper Collins).

The book tells the story of a murder that occurred in 1915 at 169 Walmer Rd. The house was occupied by Charles Albert (Bert) Massey, his wife and son, and Carrie Davies, his 18-year-old English housemaid.

Bert Massey was a grandson of Hart Massey, founder of the Massey Manufacturing Company, later Massey-Harris, and a member of the Toronto aristocracy.

Although the Massey fortune provided Toronto with Hart House, Massey Hall, and the Fred Victor Mission, Bert was a man of modest means. He worked as a car salesman and the house itself was somewhat shabby.

On the night of Feb. 8, 1915, as Bert returned from work and walked up his front stairs, he was approached by Davies holding her employer’s pistol. Two shots rang out and, within seconds, Bert lay dead, sprawled on the front steps.

The murder might have been lost in the mists of time, except for some exceptional circumstances.

Since Massey was a member of a prominent family, the murder became the subject of a prolonged and very public battle for newspaper readers between Joseph Atkinson of the Toronto Daily Star, and John Ross Robertson of the Evening Telegram.

As icing on the publicity cake, the murder was featured in a 1985 novel, Master and Maid, by the Star’s Frank Jones, and is now the subject of Gray’s bestseller.

Davies was charged with murder, and claimed at trial that she was afraid of Massey because he had kissed her and tried to grope her. Ultimately, she was acquitted by a jury in a verdict that was clearly wrong in law but seen to be correct by many contemporary observers.

Against this background, several questions arise:

For answers, I turned to real estate guru Barry Lebow, a veteran realtor and frequent lecturer on stigmatized real estate.

Lebow has long been in favour of stigmatized property disclosure laws such as those which exist in almost all of the United States. He also supports the requirement for agents to disclose events such as murder — when they are aware of it.

Lebow would like to see a change in Ontario legislation to put a time limit on disclosure of events.

“Eternal disclosure is causing a lot of misery, too many lawsuits, and losses in value that are not real,” he says. “They are (merely) perceived and, hence, too many people have collectively lost multi-millions of dollars for being honest sellers.”

Last week, as I stood in front of 169 Walmer, I wondered whether I would pay full price for the house given its history, and whether I could live there knowing of the murder.

Frankly, I’m just not sure.