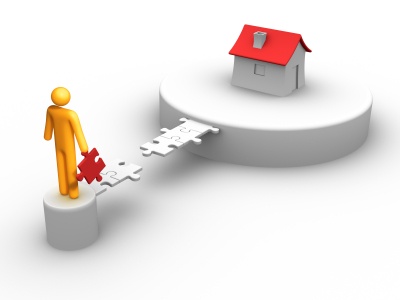 More To A Tree Trunk Than Meets The Eye

Who owns a tree which straddles the property line between my house and my neighbours? Can I cut it down without their permission?

That was the issue which brought two neighbours before the provincial Superior Court twice last year, and again before the Court of Appeal in December.

Katherine Anne Hartley has a Norway maple tree growing in the back yard of her property. She took her neighbours to Superior Court in May, 2103, asking for a ruling that she was the sole owner of the tree. If granted, the court order would give her the sole right to cut down the tree on the basis it was unhealthy.

Her neighbours, Hilary Cunningham and Stephen Scharper, opposed the application. If the tree was jointly owned, both neighbours would have to consent to its removal — something Cunningham and Scharper were not prepared to do.

The governing law is the Forestry Act, which provides that every tree whose trunk is growing on the boundary between adjacent lands is the common property of the owners of the adjoining lands. Unfortunately, the law is silent on the definition of a trunk — and whether a trunk includes that portion of the tree below the surface of the soil.

Hartley’s argued a boundary tree is based only on where the trunk emerges through the ground. Her neighbours argued a tree is a boundary tree when its trunk crosses the property line above its roots and beneath its leaf canopy.

Several arborists testified at the court hearing. After hearing from them, Justice J. Patrick Moore noted that the base of a tree contains a root flare which may be broader than the trunk itself. He acknowledged that the location of the tree at ground level is not necessarily a useful measure of where the tree trunk transfers into the root system, which is the true base of the tree.

Moore concluded that deciding whether a tree is a boundary tree is not just a matter of looking at the arbitrary point where the trunk emerges from the soil. He ruled that, in order to determine whether a tree is a boundary tree, it is necessary to take into account the entire trunk from its point of growth away from its roots up to its top where it branches out to limbs and foliage.

In this case, the judge decided that even when the disputed tree was measured where the trunk meets the roots, it was located on the boundary line.

As a result, the tree was held to be jointly owned by the neighbours. Hartley’s application for a determination that she was the sole owner was dismissed.

It didn’t hurt Cunningham and Scharper that their lawyer was Clayton Ruby, a prominent member of the environmental community and champion of the underprivileged.

In taking on this case, Ruby returned to his legal roots without branching out into a new area of law or turning over a new leaf.

Last December, Hartley appealed the dismissal of her application. She argued that she should be the sole owner of the tree because at ground level its trunk was entirely or almost entirely on her side of the property line.

A three-judge panel of the Court of Appeal agreed with the trial judge that the law did not limit the meaning of trunk to a measurement at ground level. The judges upheld the trial court’s conclusion that the tree was a boundary tree, and that the neighbours were co-owners.

Appeal costs of $10,000 were awarded to Cunningham and Scharper.

Writing about this case in the McCarthy Tetrault real estate blog, lawyer Michael Foderick suggested that this case could be problematic for developers and builders. Since root systems and canopies extend a great distance, co-owners of boundary trees may now have a powerful tool to oppose redevelopment — or hold a developer up for ransom.

Bob Aaron is a Toronto real estate lawyer. He can be reached at bob@aaron.ca , on his website aaron.ca and on Twitter, @bobaaron2.