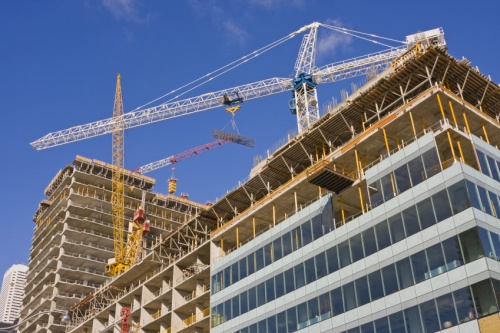 An interim report on the Tarion warranty corporation should have gone further to protect home buyers’ purchase deposits.

Special adviser J. Douglas Cunningham, in releasing the initial report of the independent review, last week told the Star he didn’t “know enough about it quite frankly to make a comment.”

That must be disappointing to the unlucky purchasers left in fear of losing their deposits following the bankruptcy restructuring of Toronto developer Urbancorp.

Tarion’s limit for deposit protection is fixed at $20,000 on condominiums and $40,000 on homes. This protection hasn’t been changed in years, while home prices and deposit amounts have skyrocketed.

Back in June, I suggested Tarion deposit protection should be increased to $200,000 on all purchases, whether freehold or condominium.

Tarion fired back on its website, saying my view “has been advanced without any supporting research on actual claims data.

“Tarion regularly monitors all of our claims data to ensure the warranty remains effective. Last year, we reviewed deposit claims over a five-year period and found that the average claim was only $29,000 — well within the $40,000 limit.”

The key word in Tarion’s rebuttal is “average.” No mention was made of the largest claims, or those in excess of the deposit protection, or the total amount of consumer losses.

Tarion added that raising the limits of Ontario’s deposit warranty would “very likely” result in a significant enrolment fee increase for all new homes across the province, and could have the unintended consequence of increasing deposit amounts requested by builders.

In my view, one consumer loss is too many.

The Urbancorp disaster is not unique. In 2003, two dozen buyers purchased units in Jarvis Mansions, at 539 Jarvis St. Four years later, developer Panterra Mansions went into receivership with some of the units virtually completed. The purchase agreements were terminated, and although the purchasers received their deposits back, they got nothing for the thousands of dollars they had spent in upgrades. As well, they all lost four years of appreciation in value representing tens of thousands of dollars per unit.

Two years ago, Toronto lawyer Meerai Cho was charged with 426 counts of fraud after $14.9 million in deposits was released to developer Joseph Lee and Centrium Development Group. A total of 180 residential purchasers had to go to court to get back $9 million in deposits, but there was no protection for the buyers of the commercial units.

Financial problems in condo developments are not uncommon. The Whitby Yacht Club development, Queen West Vintage Lofts and Avante were all taken over by new developers. The purchase agreements were terminated, although the deposits were refunded.

Tarion and the Ontario government need to step up to the plate, increase deposit protection, and ensure that once an agreement is signed, it is binding on any developer who takes over the project.