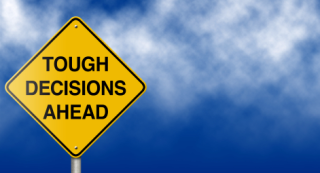 In Part One of my four-part series covering our Department of Finance’s latest round of mortgage-rule changes, we focused on the change that took effect on October 17, and in Part Two, we covered the changes that will take place on November 30.

In Part Three, I explained why I believe that another round of changes was necessary, I offered my view on the changes’ longer-term impacts for Canadian borrowers, lenders and our housing markets, and I closed with my take on whether our policy makers got these changes right.

Today, in Part Four, I will propose three tweaks that I think our policy makers should make to these latest rounds of mortgage rule changes. Not that they asked mind you - I haven’t found any industry insiders who were consulted before these changes were announced, but here’s hoping they’re open to suggestions and that they read my posts!

Today, the Bank of Canada (BoC) calculates the Mortgage Qualifying Rate (MQR) by taking an average of the posted five-year fixed rates listed by the Big Six banks (RBC, TD, Scotia, CIBC, BMO and National Bank). To the best of my knowledge, these rates are not used for actual lending. Instead, their sole purpose seems to be to inflate the size of the fixed-rate penalties that banks charge their customers.

It would make much more sense to base the MQR on some sort of real-market rate. For example, the BoC could use an average of the Government of Canada (GoC) five-year bond yield over the past twelve months with an additional premium added on top, and it could then reset this rate on the first business day of each month if the underlying average GoC bond yield moved by more than 10 basis points in the interim. Basing the MQR on a real-world rate would represent an enormous step forward without compromising the Department of Finance’s objectives in any way.

Without this tweak, our policy makers will continue to surrender de facto control of the MQR rate to the Big Six, thus giving them the power to determine how many borrowers can qualify for an insured mortgage. Since non-bank lenders rely on insured-mortgage funding

much more than the banks do, it doesn’t take much imagination to envision the Big Six keeping their artificial posted rates high in order to starve out some of their competition, only to lower them once they have more of the playing field to themselves.

Changing the way in which the MQR is calculated would also eliminate the potential for conflicts of interest, which are inherent whenever a sub-group of market participants is given control over the setting of a key policy rate.

Given that the MQR has grown in importance, using a market-based rate that is determined by the BoC seems like a more logical, and fair, approach.

Until November 30, low-ratio borrowers can qualify for five-year fixed rates at the contract rate (which is typically about 2.39% today), and they can amortize their payments over thirty years. After that date, these borrowers will have to qualify using the MQR (which is 4.64% today) and they will only be able to amortize their loan over twenty-five years.

Let’s use an example to illustrate the impact of these changes.

These are big changes that will significantly reduce the number of borrowers who are eligible to refinance their mortgages, and those who can still qualify will see their maximum loan amounts substantially reduced. Given their magnitude, I think that our policy makers should allow some time for the MQR and reduced amortization changes to filter through the mortgage market before deciding to make refinances ineligible for mortgage insurance altogether.

On a related note, of all of the mortgage-rule changes announced this time around, the decision to eliminate insurance on refinances was the most devastating for private mortgage insurers (Genworth & Canada Guaranty), who rely on refinance transactions for about one-third of their overall insurance volume, and for monoline lenders, who require mortgage insurance to fund the bulk of their loans.

While the larger monoline lenders have access to non-insured funding sources, many of the smaller monolines do not, and as such, they will no longer be able to compete in the

refinancing market. These lenders can’t rely solely on mortgages for new purchases because that part of the market can be very volatile. Refinances smooth out overall mortgage demand for lenders when new purchase volumes slow.

Whether they knew it or not (because again, they didn’t talk to industry participants before announcing these changes), by eliminating refinances from the insured mortgage pool altogether, our policy makers have sounded a death knell for a sub-group of monoline lenders. From a consumer standpoint, these lenders offer the fairest terms and conditions and their mortgage rates force the big banks to be more competitive than they otherwise would.

Extended amortizations allow a borrower to repay their mortgage more slowly by lowering the minimum contractual payment. For example, a $400,000 mortgage that comes with a five-year fixed rate of 2.39% and is amortized over 25 years requires a minimum monthly payment of $1,770. If that same mortgage were amortized over thirty years, the minimum monthly payment would drop to $1,555.

Using the example above, if the borrower opted for a thirty-year amortization, their minimum payment would be $1,555. But if they scheduled an ongoing additional payment of 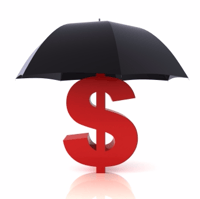 $215, to be taken automatically on their regularly scheduled payment dates, their balance at renewal would be the same, to the penny, as it would have been if they had chosen a twenty-five year amortization instead.

Using extended amortizations in this way allows borrowers to create a self-managed, cash-flow buffer, which can be used to absorb future payment shocks (because borrowers have the discretion to cancel their prepayments in future if needed).

Industry data on prepayments are hard to come by but for my part, I recommend this technique to all of my low-ratio borrowers. Many take my advice and when I follow up down the road, most are still making the additional prepayments as planned. I know I’m not the only one giving this advice because at a recent Lender’s Summit, John Webster, Scotiabank’s Head of Lending, observed that borrowers with extended amortizations “still have big pay downs every year”.

In Part Three of my posts covering the latest rule changes, I fully supported our policy makers’ instincts to enact further measures to slow the rate of our household debt accumulation and to tame the hottest of our housing markets. That said, there is a right way and a wrong way to accomplish these laudable goals. Before the implementation stage, wider consultation with non-bank market participants would have been very helpful. Initially, due to the lack of consultation, the cart somehow got ahead of the horse. Based on the modifications already announced and the consequent hope of further tweaks like the ones I have suggested above, perhaps the horse can now regain some ground on the cart.