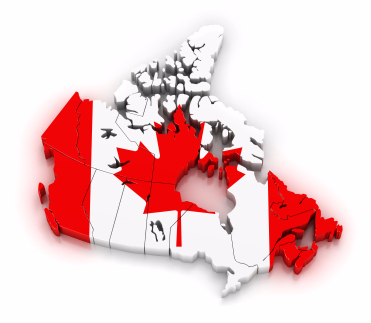 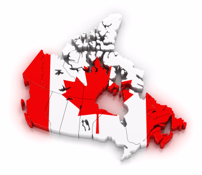 In Part One of this series about the upcoming mortgage-rule changes, we focused on the first change that takes effect today. In Part Two, we covered the changes that will take place on November 30.

In today’s post, Part Three, I’ll explain why I support the view that more changes were necessary and I’ll offer my take on the longer-term impacts that these specific changes will have on our borrowers, lenders, and housing markets. Then I’ll close by offering my opinion on whether our policy makers got these changes right.

(I will also provide my usual weekly interest-rate update at the bottom of this post.)

Canada, like several of the world’s other developed countries, has a growing debt problem. Our economic growth rates have hovered just above stall speed since the start of the Great Recession in 2008, and much of the meagre growth that we have enjoyed over the past nine years can be tied to a sharp rise in our household debt levels.

This debt-for-growth trade off was initially easy to make in 2008, when the world teetered on the brink of depression and policy makers were willing to pay almost any price to avoid that outcome. At that time, allowing debt to expand further while the U.S. economy regained traction and our export demand recovered made sense, especially if it fuelled a rise in business investment that would help our exporters reposition themselves in the bargain. But our export recovery has been much slower to materialize than expected, and that hoped-for rise in business investment just hasn’t happened.

Instead, households have used ultra-low interest rates to increase their borrowings to record levels, and since the collapse in the price of oil last year, household-debt fuelled growth has been just about the only thing keeping our economy out of recession. (A recent Stats Can report showed that our real estate sector now accounts for about half of our total GDP growth.)

In 2008 , we had room to allow household borrowing levels to rise, but the period of ultra-

low rates that has continued from then until now has fuelled a steady expansion of our debt ever since. For example, our debt-to-disposable-income ratio, which measures the average Canadian household’s ability to service its debt, hovers at about 165%, which is just a shade below its all-time high - and that is with interest rates at record lows. If significant rate increases were to occur, distant as that prospect may seem for the time being, that ratio could rise much higher (and in a hurry).

Meanwhile, asset prices in general, and more specifically, house prices in major markets like Vancouver and Toronto, have skyrocketed, and that rapid appreciation has gradually spread to surrounding markets. Our policy makers have grown increasingly concerned about speculative real-estate investment that is based on the belief that prices will continue to rise in perpetuity. History has shown that if hot real-estate markets are allowed to run unchecked, the situation always ends in tears, and as Winston Churchill famously said, “Those who do not learn from history are doomed to repeat it.“

Today, total Canadian household debt outstanding has risen to just a shade below $2 trillion, and in the second quarter of this year, that number exceeded our country’s overall GDP for the first time ever. Of that total, our current mortgage debt outstanding accounts for about $1.3 trillion, and that number is skewed toward relatively new housing-market entrants because about one-third of Canadian home owners are mortgage free.

As our overall household debt level has continued to expand, so too have the vulnerabilities associated with it, and against that backdrop, I believe that our policy makers’ instinct to take further action was prudent. (The question about whether they took the right action is still up for debate, and I’ll offer my take on that question below.)

If you want to slow down the rate at which Canadians are taking on mortgage debt, raising its cost is a good place to start. And since it doesn’t look like the bond market is going to help with that any time soon, our policy makers had to find another way to push mortgage rates higher.

Fortunately for them, an alternative option for doing this was close at hand.

Today, about 40% of all Canadian mortgages are insured against default, in one form or another, by our federal government (and ultimately, by us as taxpayers). As mentioned in Part Two, that government guarantee renders these loans effectively bullet proof, and as such, reduces both the lenders’ cost of funds and the amount of capital that they need to set aside for each insured loan. Bluntly put, if low mortgage rates are now a problem, federally insured mortgages are as much to blame as any other factor.

With that in mind, raising the standards used to qualify insured loans and restricting the types of loans that are eligible for mortgage insurance will reduce the expansion of insured loans going forward. As an added bonus for our policy makers, these changes will help push average mortgage rates higher without requiring any movement in policy rates that impact the broader economy (which would negatively impact the business investment that our government is still trying to encourage).

Here is a summary of the changes and benefits that will accrue over time with this approach:

That said, while the logic behind these changes is sound, and most informed observers will recognize that it is, many Canadians are holding their applause because these changes will produce more losers than winners. To that end, here is a summary of who falls into each group:

Before we decide whether our policy makers got these changes right, there is one key question left to answer.

Specifically, while the latest round of changes addresses the roughly 40% of mortgages that are

default insured, what about the other 60% of the mortgage market that isn’t insured? If our policy makers are really making these changes to push mortgage rates higher and to reduce taxpayer risk, will our banking regulator, the Office of the Superintendent of Financial Institutions (OSFI), implement similar changes for banks, credit unions and other balance-sheet lenders, who fund the bulk of their mortgages with deposits that are federally insured by the Canadian Deposit Insurance Corporation (CDIC)? And at a cost that is much lower than the fees charged for mortgage insurance?

The mortgage rule changes already announced affect less than half of the market and they read as if they were written by a bank lobbyist because they tilt the playing field heavily in favour of balance sheet lenders. If these are the only changes that our regulators make, and if OSFI doesn’t act, there will be industry and borrower casualties, and while the banks will celebrate, the government’s stated objectives will simply not be met. All we will see is a redistribution of volume away from the borrower-friendly monoline lenders to banks. On the other hand, if OSFI does announce its own similar changes, the impact will be much more substantive, and we will know once and for all who drafted these rule changes - the bank lobbyists or the government.

I had intended to close today’s post by suggesting three tweaks that I think our policy makers should make to these latest rounds of mortgage rule changes but this post is already running longer than usual, so I will cover those in Part Four, which I will launch on Wednesday. Interestingly, the Department of Finance just announced that it will delay the implementation of the MQR “stress test” for low-ratio borrowers until November 30 (high-ratio borrowers will still have to pass the test as of today) – so here’s hoping that is a sign that they will be open to making some additional changes (after reading my next post!)

Five-year Government of Canada (GoC) bond yields rose by five basis points last week, closing at 0.78% on Friday. Five-year fixed-rate mortgages are available in the 2.29% to 2.39% range (for now), and five-year fixed-rate pre-approvals are offered at about 2.59%.

The Bottom Line: It is a simple truth that you can’t borrow your way to prosperity and our policy makers have come to the realization that further action was needed to slow the rise in household debt levels. These changes should lead to higher mortgage rates for certain sub-groups of borrowers, with increases expected in the 0.25% to .75% range, depending on the borrower, term, and lender. In case we needed it, these changes are a reminder that even if our GoC bond yields and the economic data imply that mortgage rates are likely to stay low for the foreseeable future, our policy makers can impact rates with thumbs on or off the scales whenever they feel it is warranted.