Should You Choose a Fixed or Variable Mortgage Rate Today?

It’s time to take another look at a mortgage question that is as old as the hills: Should you go with a fixed or variable mortgage rate?

In today’s post, I will outline the key points for and against both options and offer my take on which one is likely to save you money over the next five years.

When borrowers ponder the fixed-versus-variable question, most of them base their view on a guess about where interest rates are headed. But as you can see from the points made above, there are many other factors to consider such as penalties, conversion options, qualifying rules, and so on.

For my part, I think that the five-year variable rate is still likely to save borrowers money over the next five years. It’s true that the current spread between fixed and variable rates is narrow, but that’s because the market believes that interest rates aren’t likely to rise in the near future.

I subscribe to the macro view that long-term trends are largely responsible for the low-rate environments that exist in most of the world’s developed countries today. These include: aging populations with increased appetites for fixed-income assets, public and personal balance sheets with excessive levels of debt that are suffocating economic momentum, and economies where supply can quickly rise to meet demand and where inflation is benign as a result. (I’m also concerned that the U.S. economy is headed for a recession this year, but I’ll go into more detail on that topic in a future post.)

Notwithstanding that view, I see only a limited upside inherent in today’s variable rates, so if you’re a person who is going to lie awake at night worrying that your mortgage rate might rise, perhaps paying a little more for the stability of the fixed rate will be worth it, for peace of mind alone.

Of course, there are other people who lie awake worrying that they’re paying too much interest, and if you count yourself in that group, variable-rate options are still worth a look (especially if you partner with an experienced mortgage broker who can assist you by keeping a vigilant eye on economic developments that might impact your rate).

Five-year GoC bond yields rose two basis points this week, closing at 1.00% on Friday. Five-year fixed-rate mortgages are available at rates as low as 2.34% for high-ratio buyers, and at rates as low as 2.39% for low-ratio buyers, depending on the size of their down payment. Borrowers looking to refinance should be able to find five-year fixed rates in the 2.54% to 2.69% range.

The Bottom Line: As is true of most things in life, mortgage decisions that look simple from distance become complex as you learn more about them. For an informed borrower, the fixed-versus-variable decision should come down to more than just a 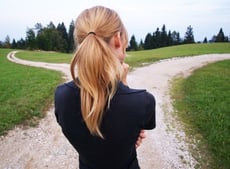 guess about where they think rates are headed in future, for the reasons outlined above. But since everyone loves a rate forecast, here is my current read of the tea leaves: I think the five-year variable rate still offers some upside, but probably only enough to buy a couple of nice dinners out on the town, and not enough to also pay for the cases of Pepto-Bismol you’ll need if you’re going to drive yourself crazy worrying about every new interest-rate headline that hits the wires.