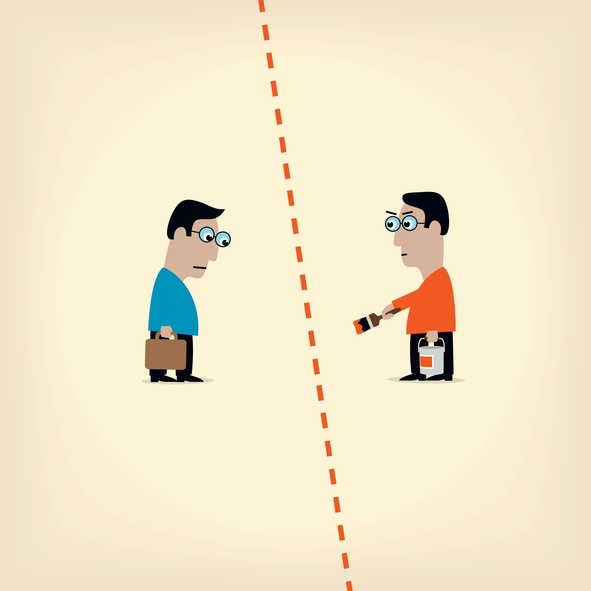 Buyer Paid for Property He Did Not Get

The most important thing a real estate lawyer must do for his purchaser clients is to confirm the exact dimensions, and location, of the property they are buying.

Boro Radjevic learned how important this is the hard way when he recently found out that a 2.21-metre strip of land adjacent to his three-storey townhouse doesn’t belong to him — it’s actually owned by the City of Toronto.

When Radjevic bought his property, at the corner of Danforth Ave. and Craven Rd, in 2009, both the MLS listing and purchase agreement described the land as Parts 24, 25 and 26 on a surveyor’s reference plan registered on title to the property. The agreement also showed the frontage as 21.09 feet on Danforth.

But Radjevic’s deed shows that he only owns Parts 24 and 25, with a frontage of just 13.94 feet. The city owns Part 26, which is the concrete-covered strip of property next to his home. Radjevic always thought it was his.

But Part 26 on the reference plan is incorrectly listed as belonging to him, both on Radjevic’s tax bill and the records of the Municipal Property Assessment Corporation (MPAC). Unfortunately, it is not on his deed; he doesn’t own it.

He learned about all this earlier this year when Bell Canada was upgrading some equipment on the concrete strip. When Radjevic tried to halt the installation, he was told the city owned the land. He was shown the reference plan to prove it.

City staff later confirmed the mistake on his tax bill, and they are reviewing steps to take “corrective action.”

In my view, the most critical part of the duty of a real estate lawyer to a purchaser is to examine the old title deeds, any available survey, the plan of subdivision, and the land details in the purchase agreement to determine the exact dimensions and location of the land being purchased. And to verify them with the purchaser before closing.

Radjevic expects to get a property tax refund after overpaying for years on land he doesn’t own, but he also “lost” a valuable piece of land that he believed was his.