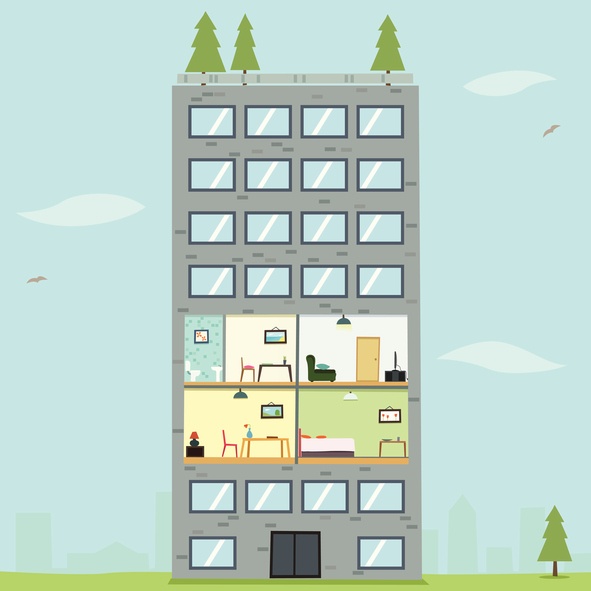 A recent case involving a Toronto co-ownership building illustrates why expensive court proceedings are not always the solution to disputes between owners and their buildings’ boards of directors.

Joseph Parlato owns a unit in the co-ownership building known as Gloucester Gates Residences, on Gloucester St. in Toronto.

The building was constructed as a rental project around 1970 and was converted to a co-ownership in 1986. Each owner receives a registered deed to a small percentage of the entire building and the complex is operated under the terms of a co-ownership agreement rather than a condominium declaration.

In February, 2015, water began leaking from the Parlato unit into the one below. The corporation’s plumber repaired the leak by accessing the bathtub from the ceiling of the unit below. The corporation asked Parlato to reimburse it for the $1,771.51 plumber’s bill and when he disputed responsibility, it had its lawyer send him a demand letter.

Over the years, the building has had serious maintenance issues with balconies, the underground garage, elevators, plumbing and drains. Under the circumstances, Parlato did not believe he was responsible for the repair costs.

Eventually Parlato paid the invoice of $1,965.86 which included the plumber’s bill and legal fees of $194.36, but he delivered the money to the corporate lawyer “under protest.”

The corporation hired a second lawyer whose bill was $1,420.80 — but this was not paid.

In the summer of 2016, I was retained by Parlato in an attempt to solve the impasse. Instead, in September, 2016, the corporation sued him, demanding the right to force the sale of his unit due to the claimed arrears for the plumbing bill — which had already been paid to the lawyer, but not the corporation. The corporation also wanted vacant possession of the suite, which is now worth about $400,000.

The matter was heard in the Superior Court last month before Justice Patrick Monahan. I referred Parlato to my colleague, Lev Abramovich, who represented him in court. Puja Walia was the lawyer for the corporation.

After hearing arguments, Justice Monahan found that Parlato was in breach of his obligations under the co-ownership agreement by failing to reimburse the corporation for the plumbing repair costs in February, 2015. That default, however, was cured when he paid the arrears the following November.

As a result, the judge ruled that the corporation was not entitled to any other relief, and was obligated to return to Parlato the additional legal fees of $886.50.

At the conclusion of the hearing, and before the decision was announced, each side asked the judge to award costs if it was the winner.

The corporation presented its legal bill of about $40,000, while Parlato’s was a more modest $13,000. Ultimately, the judge ordered each side to bear its own legal costs.

The owners in Gloucester Gate now have to pay their own $40,000 legal bill, all of it incurred in an attempt to collect about $2,000 in legal fees and plumbing repairs — which the court ruled had already been paid.

All of this could have been dealt with at a fraction of the cost if the corporation had proceeded in small claims court instead of demanding the right to a forced sale of the unit.