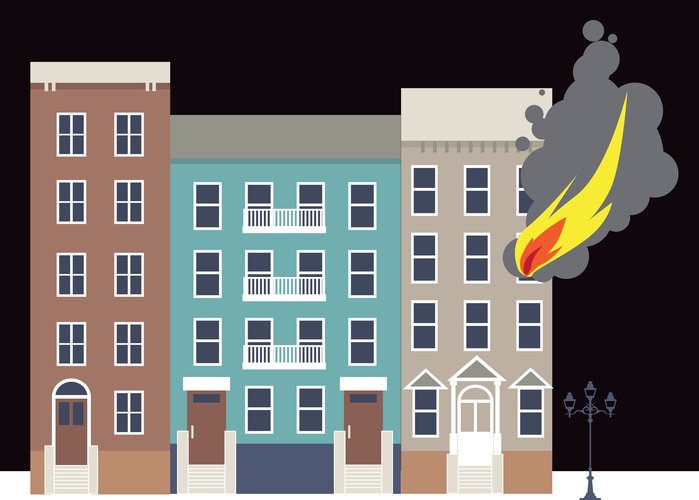 Editor's Note: This article was first published in July 2017.

What happens if a real estate purchase and sale agreement does not cover an event that neither the buyer nor seller contemplated when it was signed?

How does a court deal with equally sound claims by both sides to the contract?

That was the situation an Alberta court recently faced: Anton and Maria Weinberger owned a condominium in Fort McMurray; they sold it to Randy Bennett.

Before the transaction closed, the condominium corporation levied a $21,000 special assessment against each unit for necessary capital expenditures including fire safety upgrades, sewer line repairs, boiler replacement and asbestos abatement.

The agreement of purchase and sale provided that the sellers were to make all the special assessment payments, including those that fell due after closing.

Then two things happened. The entire condominium complex burned to the ground in the 2016 Fort McMurray wildfire that destroyed 2,400 homes and buildings, and displaced thousands of people.

In the wake of the fire, the board of the condominium corporation passed a resolution to return unused funds for the remedial work on the building that no longer existed. The prepaid assessments for the unit the Weinbergers sold totalled $14,000 — but both the buyer and sellers wanted it.

Of course, the contract did not contemplate the destruction of the building and it was up to the Alberta court to decide who should get the money. It was up to the court to write an implied term into the agreement and decide what the parties would have agreed on had they been asked how to deal with unused funds if the building burned to the ground before the assessments had been used up.

Scott Schlosser, the presiding judicial official (known as a Master) heard the presentations. “Both sides have a good argument,” he wrote. “The Weinbergers no longer have any interest in the condominium. The question is how to deal with these events that neither side foresaw.”

Schlosser dug into the legal history books for an 1889 British case where the court ruled that it could write implied terms into a contract in order to give the contract “business efficacy.”

In 2000, the Supreme Court of Canada ruled that implied terms may be written into a contract by the courts, based on custom or usage, or based on the presumed intentions of the parties.

Over the years, the courts have invented the fiction of the “officious bystander,” or the “reasonable man who rides the Clapham omnibus,” or, in Canada, the “reasonable member of the public.”

Master Schlosser wondered what would have happened “if an officious bystander were to have asked the parties (then not knowing what side they were on): ‘What should happen if the condominium burns down and the special assessment were returned?’ — something that was probably the furthest thing from their minds.”

It was not an easy case to decide. “It is my view,” Schlosser wrote in his decision this past April, “that they would have agreed that the unnecessary funds should be returned to the sellers. That, he reasoned, was implicit in the bargain, or should be implied into it.

The Weinbergers got their money back.