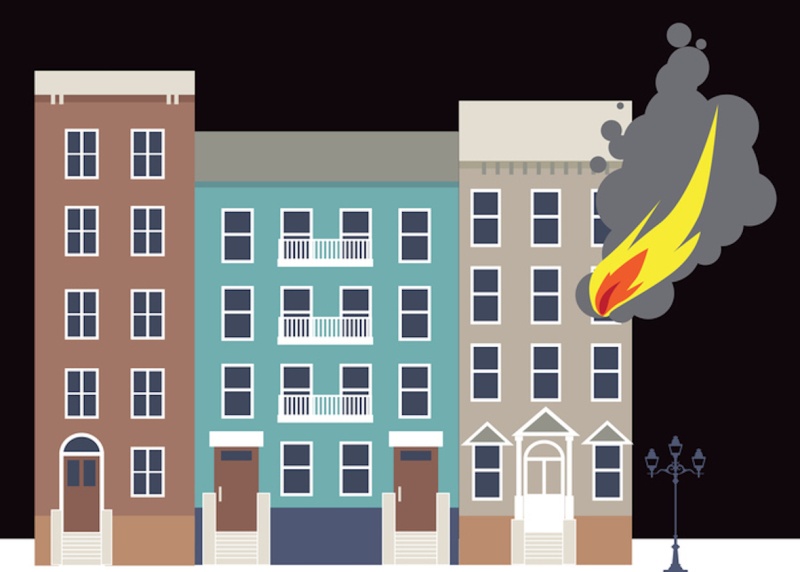 What Do You Do When Your Condo Development Has Been Destroyed by Fire?

Dozens of purchasers in a Mississauga condominium project are awaiting news of further developments after the project was destroyed by fire earlier this month.

But the decision whether to rebuild any development after a fire is complex, from many viewpoints — and it’s not entirely up to the builder.

Ville Condominiums is a project by Forest Green Homes in Streetsville, near the intersection of Tannery St. and Joymar Dr. The four-storey development was sold out in early 2015. Construction was nearing completion and occupancy was scheduled for October this year.

Unfortunately, the entire project was destroyed by a massive fire on March 2. It took 60 firefighters and 15 trucks several hours to contain the three-alarm blaze.

Three days later, the Office of the Fire Marshal and Mississauga Fire and Emergency Services concluded their investigations into the fire. Their reports have not yet been released.

“At this stage we are unable to comment on this unfortunate incident,” said Forest Green Homes’ public relations representative, David Eisenstadt, of TCGPR, in an email.

“In the days ahead, we expect to release a statement.”

A clause in the project’s sale agreements states that in the event the building is destroyed before completion, the construction lender may require payment of the insurance proceeds in order to reduce its outstanding loan, rather than to rebuild the building. If that happens, then the purchase agreements will be terminated and the buyers will get their deposits back.

One buyer at the Ville Condominiums project emailed me and said he was willing to wait as long as it takes to rebuild the project. But the decision is now up to the construction lender and not the builder. Some buyers may not be willing to wait, however, and will want to terminate now if they can.

All pre-construction agreements in Ontario have a clause in the Tarion addendum allowing the builder to extend closing due to an unavoidable delay, and a fire is one of the circumstances which can result in a lengthy extension of closing.

This is not the first time a major project under construction in the Greater Toronto Area was destroyed by fire.

In May, 2001, almost 200 condominium townhouses in the Liberty Walk development on Lawrence Ave. W. near Dufferin St., were destroyed in a massive fire. Immediately after the fire, the developer and its lawyers set up an emergency hotline to provide updates to everyone concerned.

They also notified the purchasers, their lawyers and all the construction trades that the losses and all purchaser deposits were completely protected by insurance and that the project would be rebuilt upon approval by the insurers.

The project was ultimately rebuilt. Some purchasers waited and some did not.

Back in Mississauga, the fate of the Ville Condominium project hangs in the balance.