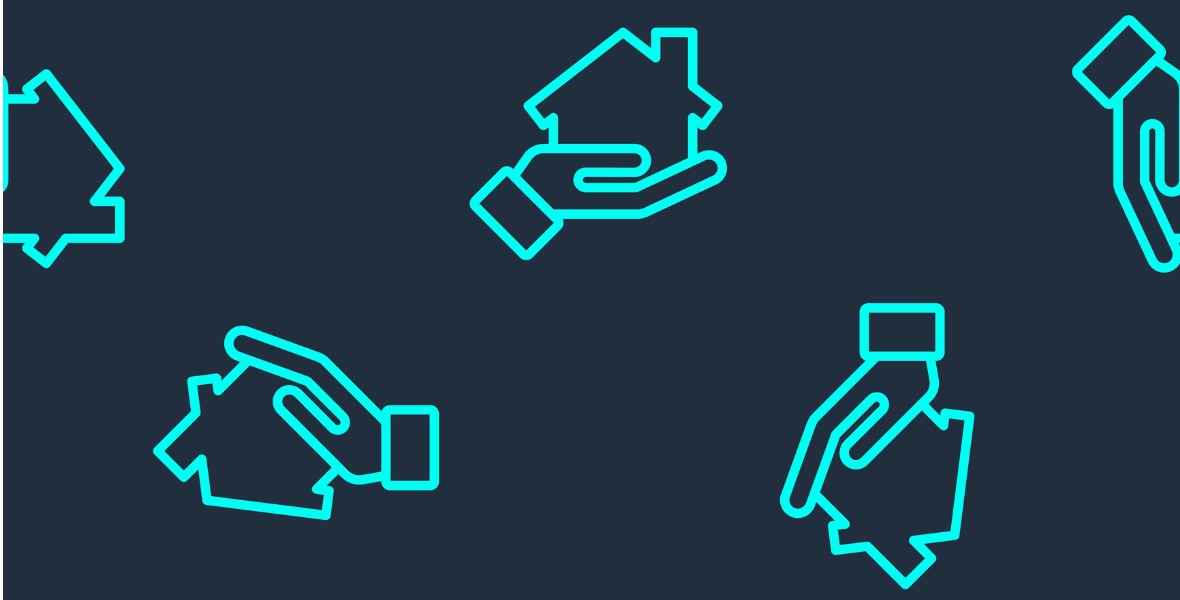 These are tumultuous times for both Canadian mortgage rates and real estate.

The Bank of Canada (BoC) is currently in a disagreement with the bond market about our current inflation prospects. The Bank predicts that the recent run-up will prove transitory, but bond-market investors don’t agree. They expect inflationary pressures to intensify and have driven bond yields higher in anticipation.

There is similar disagreement about soaring real estate prices.

Our policy makers have been willing to take positive economic momentum wherever they can get it because they fear worse pandemic-related outcomes than a house-price correction. But market watchers, real-estate industry professionals and home owners have all expressed concern about rapidly rising prices and the frenzied buying behaviour that has spread far beyond our major urban centres.

The question about who is right about inflation will eventually be answered, and our policy makers will either take action to address real estate froth, or regional markets will be left to eventually correct the growing imbalances on their own.

For now, we are left to debate the possible outcomes, and with that in mind, the week ahead promises to be interesting.

Here is a summary of what’s in store:

Later today our federal government will release its long-awaited budget.

The consensus expects it to include vast amounts of additional stimulus, and it will be interesting to see how the extent of this spending contributes to the bond market’s concerns about rising inflationary pressures.

If it seems that our federal government has overstepped, the bond market could revolt and push yields higher. If that happens, our fixed mortgage rates will be taken along for the ride.

It’s also time for our federal government to show its hand on the housing file. Deputy Prime Minister Chrystia Freeland has thus far said only that the feds are watching housing-market developments closely, but most observers expect the coming budget to include housing-related policy changes.

The stakes are high because when it comes to real estate, the market’s psychology has become fragile. As prices have spiked, so too have fears about the sustainability of those increases.

If the federal government takes no action, that will be seen as an endorsement of the status quo and could push prices higher still. But these policy changes are deemed to be too heavy-handed, they could trigger a wave of panic selling as homeowners rush to cash in ahead of the implementation date.

On Wednesday, the BoC will make its next policy-rate announcement and release its latest MPR, which contains the Bank’s detailed assessment of current economic conditions both at home and abroad.

While no one expects the BoC to raise its policy rate, its commentary will be carefully parsed for any indication that its outlook has changed. That is especially true in light of its current disconnect with the bond market. It is unusual for those two entities to be in such obvious disagreement about where inflation is headed.

The BoC will be encouraged by the results of its latest Canadian Survey of Consumer Expectations, which confirmed a sharp drop in short- and medium-term inflation expectations by consumers. That shift is important because when it comes to inflation, perception can often become reality. If consumers believe prices are headed higher, they will accelerate their purchase plans, and the resulting increase in demand can then cause prices to rise in what becomes a self-fulfilling prophecy.

Some Big Bank economists believe that the BoC will use its latest MPR to confirm that it will start to reduce its quantitative easing (QE) programs in the months ahead. The Bank is currently purchasing massive quantities of GoC bonds (at least $4 billion/wk), and if they begin to taper those programs, that could cause GoC bond yields – and the fixed mortgage rates that are priced on them – to rise.

Given current conditions, mere mention of that prospect might be all it would take to move the market.

The Big Bank economists expect the BoC to announce plans to taper its QE programs because our economic data are improving. But we’re also locked down again, and infection rates are surging to record highs. Is now the right time?

The BoC will eventually have to slow its QE purchases because it is approaching the limit of the overall GoC bond market that it can own before there won’t be enough bonds left to ensure a liquid trading market. That tipping point is when I think it will taper, not when it just starts to see green shoots of recovery.

The consensus is treating QE tapering as a forgone conclusion, but I’m not so sure.

That same consensus confidently (and incorrectly) predicted that the BoC would use its last policy announcement to acknowledge rising inflation concerns. Instead, the Bank did the opposite and doubled down on its lower-for-longer approach.

It will be interesting to see whether the BoC and the bond market are any closer to seeing eye-to-eye after this week’s meeting.

The BoC has warned that our CPI will continue to spike higher through March, April and May as energy prices, which plunged at the start of the pandemic, start to roll out of the data set. But it has also made clear that it will look past this temporary rise because it is caused by a normalization of previously depressed prices. Commodity prices are also showing signs of leveling off as supply constraints begin to ease.

As mentioned above, the bond market doesn’t share the Bank’s assessment. It believes that rising inflationary pressures will be sustained and will force the BoC to raise rates sooner than its current guidance indicates.

That increases the importance of our next round of inflation data.

The March CPI is definitely going to come in higher, but that alone doesn’t guarantee that investors will push bond yields higher.

Investors often buy the rumour and sell the fact. If the latest CPI data come in higher, but not to the extent the consensus expected, bond yields will likely fall after the release.

Alternatively, if the bond market doesn’t like our federal government’s budget on Monday, and/or the BoC maintains a more dovish stand than the market deems appropriate, and/or our CPI data comes in higher than expected, GoC bond yields, and our fixed mortgage rates, could finish the week much higher.

Simply put, these are volatile times.

The Loonie has appreciated steadily against the Greenback for some time now, and the BoC recently took the rare step of highlighting that as a concern.

The Loonie’s lofty status significantly limits the BoC’s ability to tighten its monetary policy ahead of the US Federal Reserve, and that’s another reason why I’m not convinced the Bank is ready to commit to any tapering plans yet – because if the BoC tightens first, that would probably push the Loonie still higher against the Greenback.

I think it is far more likely that the BoC will wait and follow the Fed (which hasn’t yet alluded to its taper timing and is forecasting its first policy-rate hike in 2024).

I find it strange that the Loonie hasn’t already weakened against the Greenback given that the US economy is way ahead with its vaccinations and economic reopening. It will be interesting to see where it ends up after currency markets have time to digest our federal budget, the BoC’s latest policy announcement and our March CPI data.

We could see some big moves this week. Better get your popcorn ready.

The Bottom Line: Both five-year fixed and variable rates held steady last week. For the reasons outlined above, next week’s Bottom Line may well be much more interesting. Stay tuned.

The inflation bogeyman has arrived - but does that mean higher mortgage rates?
Read More
Safe Investments

Lower Canada jobs numbers could be attributed to our continued lockdowns - but why is the US jobs...
Read More
Mortgage