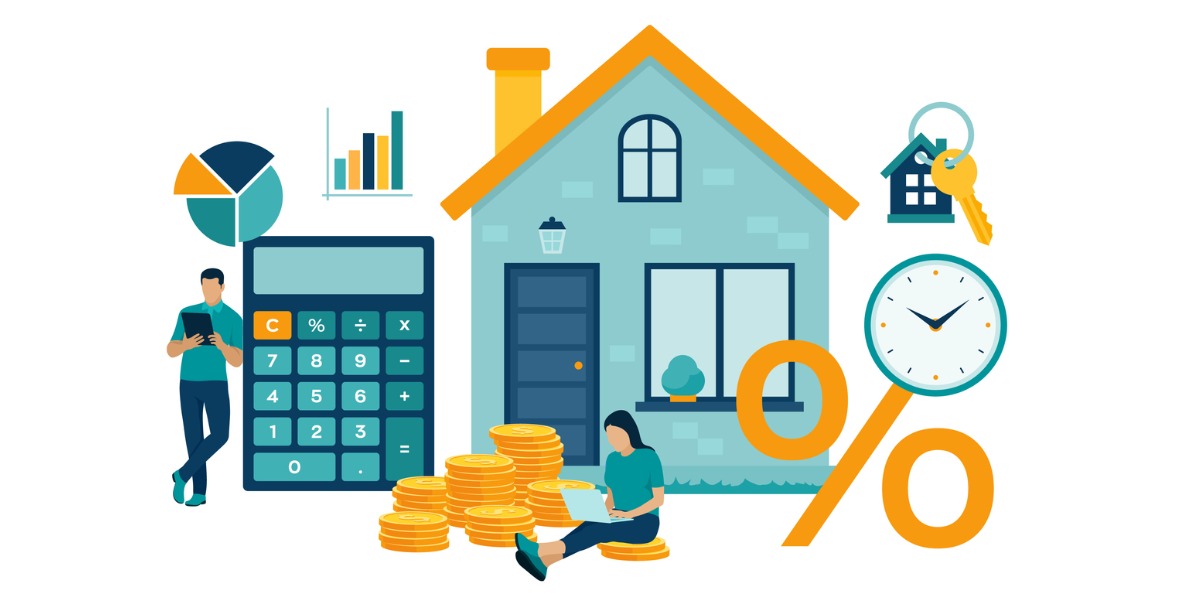 Are Variable-Rate Mortgages Too Risky?

Variable mortgage rates can seem like a scary option in these uncertain times, but are they really that risky? My answer might surprise you.

Inflation talk continues to dominate the headlines, as do warnings that borrowers should choose fixed-rate mortgages because variable rates will soon take off.

Following the consensus provides cover if that call ends up costing borrowers money, and variable rates can seem like a scarier option in these uncertain times, because whereas the premium paid for fixed-rate safety is known, the potential cost of worst-case variable-rate scenarios is technically unlimited (leaving plenty of room for imaginations to run wild).

But how much risk are we really talking about?

Here are some questions - and answers - to help address that key question.

When will variable rates start to rise?

If you opt for a five-year variable-rate mortgage today, you’ll start off with a discount of about 1% versus the available five-year fixed-rate alternatives. But for how long will that discount last?

The Bank of Canada (BoC) has repeatedly said that it doesn’t expect to start raising its policy rate, which our variable mortgage rates are priced on, until sometime in the second half of 2022. If it holds to that forecast, anyone starting a variable rate today will be able to bank a 1% saving for anywhere from 9 to 14 months.

That said, the bond market consensus is now betting that the BoC will begin raising its policy rate next April and that it may move up its forward guidance as early as this Wednesday.

I will take the other side of that bet for several reasons.

For starters, the consensus believes that surging employment demand will trigger a broad rise in labour costs, but a closer look at our current circumstances implies otherwise.

Our federal government has been providing massive wage-subsidy programs for employers that have helped to keep workers at least marginally attached to their pre-pandemic jobs. This artificially lowered our unemployment rate and led some companies to over-employ based on actual demand. Those wage subsidies also help explain why our overall GDP is still well below its pre-pandemic level even as headline employment has now fully recovered.

This past Saturday, most of those wage-subsidy payments were halted, and a program that paid out about $95 billion was replaced by one with a budget of $7.4 billion going forward. At the same time, the emergency benefits that were being paid directly to workers were also significantly cut back, and David Macdonald, a senior economist for the Canadian Centre for Policy Alternatives, estimates that will impact up to 1.5 million workers.

The consensus sees a rapidly tightening labour market, but I see the removal of supports that were propping up our employment data and a huge swath of idle workers who will be compelled to find new sources of employment income.

That additional labour will increase our economy’s capacity for non-inflationary growth and will help keep our output gap from closing. (As a reminder, the output gap measures the difference between our economy’s current output and its maximum potential output, and inflationary pressures generally rise when it closes). That is significant because the BoC has said throughout the pandemic that it will hold its policy rate steady until our output gap completely closes, and our recovery is complete.

Our output gap has closed more slowly than expected thus far in 2021. Our GDP shrank in the second quarter, and while some positive growth is expected in the third quarter, our overall economic growth in 2021 will fall well short of the BoC’s most recent forecast of 6% in its July Monetary Policy Report (MPR).

We will see the October MPR this Wednesday, and there is no doubt that the BoC will be cutting back its projections for 2021. Our economy is clearly growing more slowly than expected, and that will delay the closing of our output gap and should mean that rate hikes come later, not sooner.

Simply put, if the BoC moves up its rate-hike timetable, it won’t be because the output gap is expected to close sooner, as per its long-stated objective - and any new plan that moves the goal posts would risk significant damage to its future credibility.

How many rate hikes will there be, and how quickly are they likely to occur?

The timing of the BoC’s first hike is important, but the speed and frequency of raises over the entire rate-hike cycle will matter much more.

The bond market consensus believes that the longer the BoC waits to start raising its policy rate, the more rapidly it will then be forced to hike. In a recent interview, Derek Holt, Head of Capital Markets Economics at Scotiabank, warned that the Bank may be forced to enact eight 0.25% hikes by the end of 2023 to rein inflation back in.

While that claim received a lot of attention (no doubt as intended), how likely is it?

Against the current backdrop, not very.

It isn’t apparent that rate hikes would do much to ease our current inflation pressure. They have much more impact on demand, and most of today’s price spikes are being attributed to supply.

The Fed can hike interest rates all it wants, it’s not going to make it rain in Brazil, open ports in China, find truck drivers in the UK, change covid-0 policies in Australia. Bet that the Fed will hike rates if you want, but don’t bet it will help this supply-driven inflation.

She could have easily been describing Canadian inflation and the BoC.

For its part, the Bank still seems less concerned about inflation than the market is, perhaps because its most preferred gauge of core inflation, CPI-common, which tracks broad price changes across categories, came in at 1.8% last month and hasn’t breached its 2% target at any point during the pandemic. That doesn’t line up with the kind of inflation overshoot that would require an aggressive rate-hike pace.

The BoC has also previously assessed that when it does decide to raise, it will likely require fewer rate hikes than in past cycles to bring inflation to heel, because the impact of each increase will be magnified by today’s record debt levels. Furthermore, it can take anywhere from 12 to 24 months for the impact of each rate hike to fully manifest, and that fact also advocates for a more gradual approach.

Finally, some of the slowing impact that policy-rate hikes provide has already been created by the recent spike in Government of Canada (GoC) bond yields (as I wrote last week).

The BoC’s tapering of its quantitative easing (QE) programs, which is expected to be ramped up again on Wednesday, has caused these rates to rise sharply of late, along with the borrowing rates that are priced on them, such as our fixed mortgage rates. That too should help reduce the number of policy-rate hikes needed to achieve the Bank’s inflation objectives.

Will the BoC’s policy rate go straight up? When are rate cuts back on the table?

Variable-rate borrowers are right to focus on the probability of rate hikes today because the next time the BoC moves its policy rate, it will be up, not down. But the higher the policy rate goes, the greater the probability that rate cuts could also be back on the table, especially if the hikes occur in rapid succession, because that would increase the risk of over-tightening.

Five years is a long time, and while we can’t be certain when the pandemic will end, we can be reasonably confident that it won’t last that long. With COVID’s effects in the rear-view mirror and related supply-chain issues rectified, growth rates will likely return to their pre-pandemic levels in the 2% range, and long-term deflationary forces will reassert themselves (such as record-high debt levels, aging demographics, and the continuation of technological advances).

Central bankers continue to tell anyone who will listen that they remain concerned about deflationary threats over the medium and longer term. That point isn’t lost on the bond market. While bond yields have risen of late, they have been in a steady downtrend for many years, and their long-term momentum still points down.

What is my worst-case scenario? Can I afford for rates to go higher?

If you’re going to take on variable-rate risk, can you afford higher rates?

Today’s variable rates are offered in the 1.20% to 1.35% range, but borrowers must qualify using the current stress-test rate of 5.35%.

In other words, you can only get a variable rate in the low 1% range if you prove that you can afford sixteen 0.25% rate hikes by the BoC over your five-year term (based on affordability tests that lenders have been fine tuning for decades).

That said, just because you can technically afford higher rates, are you willing to live with that outcome?

Anyone opting for a variable rate today should be able to withstand several increases and sleep at night with that uncertainty. (This calculator will show you what will happen to your mortgage payment when rates rise.)

Here is some other important advice for anyone considering variable-rate options:

Lastly, while past isn’t necessarily prologue, variable rates have saved money over their fixed-rate equivalents about 80% of the time over the past 25 years. It’s certainly possible that now could be one of those times when fixed rates win out, but the odds imply otherwise.

The Bottom Line: The BoC is expected to announce that it will continue tapering its QE programs when it meets this Wednesday. GoC bond yields have already risen in anticipation of that announcement, as have the fixed mortgage rates that are priced on them, and both could rise further if the Bank’s tapering pace is more aggressive than expected.

The bond market consensus is that the BoC may also advance its rate-hike timetable to April of next year, but for reasons outlined above, I disagree with that view.

In fact, I think the Bank may be compelled to push out its rate-hike timetable now that our output gap will close more slowly than it previously forecasted. If it does, that would prolong the already significant saving offered by today’s five-year variable rates over their five-year fixed-rate alternatives.