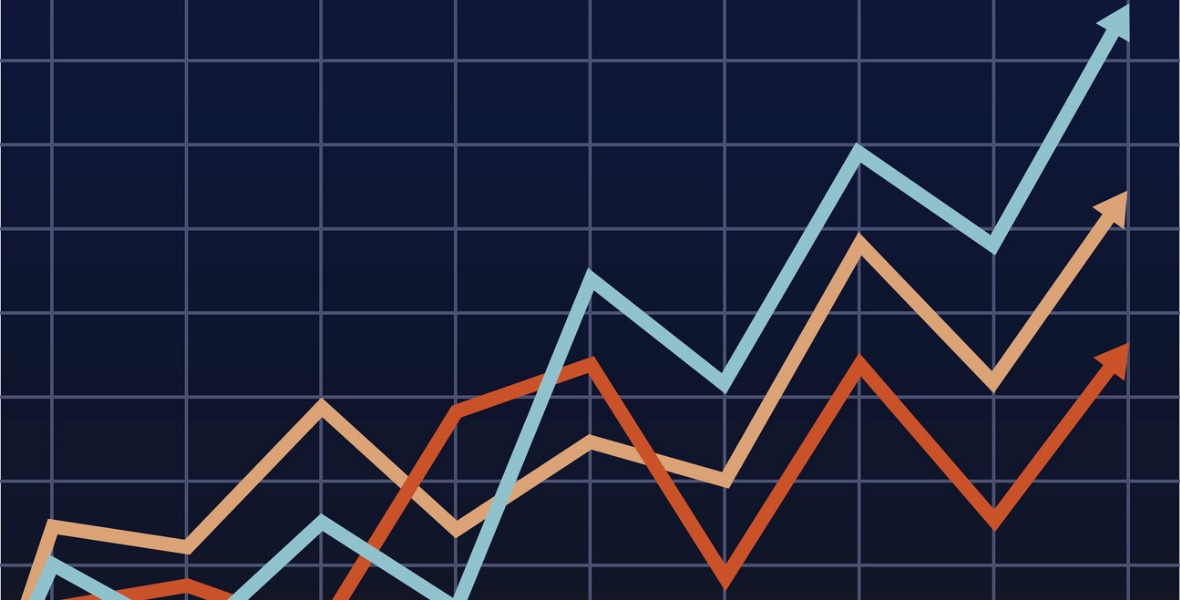 Bank of Canada Offers Hope (For Later), Caution (For Now)

The Bank of Canada (BoC) left its overnight rate unchanged last week, as most market watchers expected. The Bank also released its latest quarterly Monetary Policy Report (MPR), which provides us with the Bank’s assessment of the current economic conditions at home and abroad and includes forecasts for key economic data.

The overall tone of the BoC’s latest MPR sounded cautiously optimistic - cautious over the short term but more optimistic over the longer term. Bluntly put, I think the Bank’s latest assessment makes it less likely to raise rates in the near term, but also reconfirms its belief that a rate hike will eventually be its next move.

In last week’s post I outlined five key questions to be considered at the BoC’s latest meeting and in this week’s post, I’ll answer them with highlights from the Bank’s latest policy statement and MPR, with my accompanying comments in italics.

The BoC assessed that “global economic growth is solid and broad based” but also acknowledged the “considerable risk from escalating trade tensions”.

The Bank observed that “monetary-policy normalization” is occurring “from different starting points and at different speeds” in many advanced economies. As “unconventional” monetary-policy tools are unwound, “the dampening effects of monetary policy on volatility are diminishing”. We are now in the process of learning, on the fly, what happens to economies when radical forms of monetary-policy stimulus are withdrawn and, not surprisingly, financial-market volatility is on the rise (I recently wrote about this underappreciated risk here).

The BoC observed that the drop in our economic momentum that started in the second half of 2017 has extended into early 2018 and has been “more pronounced than expected”. It attributed these “sizable fluctuations in short-term growth” to two main factors: 1) the mortgage-rule changes that were implemented on January 1, 2018, and 2) an “unexpected drop in exports in the first quarter”, that it primarily attributed to “transportation bottlenecks”.

After a slower than expected start to the year, the Bank is calling for “a strong rebound in the second quarter”. It is estimating that first-quarter GDP growth of about 1.3% will rebound sharply to 2.5% in the second quarter, “led by a large increase in exports of crude oil” and “and as the backlog of [non-energy commodity export] shipments caused by poor weather and capacity issues in rail transportation are addressed.”

The BoC lowered its forecast for our GDP growth in 2018 from 2.2% to 2.0% to account for our slower-than-expected start to the year, but raised it from 1.6% to 2.1% in 2019 after incorporating “additional fiscal stimulus and upward revisions to the estimated profiles or potential output and national income”. Back to my over-arching theme for the latest MPR – the Bank is cautious because it knows that our current momentum has slowed but optimistic because it expects/thinks/hopes that it will improve down the road.

Further, the BoC is predicting that while investment growth “likely paused in the first quarter”, it will “reassert itself in the second quarter” thanks to recent import data that signal “robust growth of investment in machinery and equipment”. Despite this, the Bank has incorporated some “negative judgement on investment and export growth” to account for the impacts of “uncertainty around trade policy” and “the expected loss of competitiveness due to U.S. tax reform”. So it is hopeful that the recent increase in imports related to business investment is a signal of a nascent trend, but cautious about the impacts of trade uncertainty and competiveness challenges.

The Bank predicts that this investment will eventually lead to productivity enhancements that will boost our potential output growth to 1.8% between 2018 and 2020 and to 1.9% by 2021. If that investment happens, it will increase the speed at which our economy can grow without triggering a rise in inflationary pressures. Note my emphasis on the word “if”.

Here is where the rubber meets the road for mortgage rates: The Bank believes that monetary and fiscal policy will “help mitigate the drag on business investment and exports associated with trade-policy uncertainty and competitiveness challenges”. The conclusion I draw from that statement is that as long as we have the latter (drags on business investment and exports), we should expect the former to remain in place (stimulative monetary policy).

The BoC observed that “inflation is close to target” but that the “temporary factors putting upward pressure on inflation, namely gasoline and minimum wage increases, more than offset the diminishing drag from food and electricity prices.” Furthermore, the Bank said that it expects the upward pressures to persist longer than the downward pressures, and is therefore forecasting that inflation will remain above target in 2018 before effectively self-moderating back down to “about 2 per cent” thereafter.

The BoC is basically saying that it is inclined to look through any short-term increases in the inflation data, which it now forecasts will peak at 2.4% year-over-year by the fourth quarter of this year.

The Bank is unsure of how much excess capacity our economy currently has and now believes that “we have a little more room for demand growth within our 2 per cent inflation target than we believed before”.

If the BoC believes that our road ahead has the potential for more non-inflationary growth than it previously believed, this also supports the view that it is willing to tolerate above-target inflation over the short term.

The Bank observed that “wage growth has picked up significantly in the last 18 months” but that it is “somewhat below what would be expected were the economy operating with no excess labour”.

Average year-over-year wage growth has only recently risen to 2.7% and the BoC “would expect wages to be growing by around 3 per cent in an economy operating at close to full capacity”. Also, the Bank acknowledged that “the last figures have been boosted temporarily by minimum wage increases in some provinces” and that “some slack may remain or that other factors are restricting wage growth”. Bluntly put, the BoC sounds disappointed that the recent peak in our average wage growth of 2.7% is the best we have been able to do at this point in the economic cycle, especially given the substantial one-time  boost we got from the recent minimum wage hikes.

While businesses are reporting “strong hiring intentions and more difficulties recruiting”, “the long-term unemployment rate [which is a subset of the overall unemployment rate] is still relatively high, the youth participation rate has room to increase, and … [businesses] in the oil- and gas-producing regions continue to point to remaining labour market slack”.

The BoC doesn’t sound nearly as impressed with our recent labour-market momentum as bond-market investors have been of late. Our most dramatic short-term surges in bond yields have come in response to stronger-than-expected employment reports, but those reactions were based on the belief that the Bank was becoming increasingly concerned about rising labour costs, and that doesn’t appear to the case (for now, at least).

The BoC assessed the U.S. labour market as “strong”, and noted that U.S. headline employment had grown by an average of 200,000 new jobs/month over the most recent six months. It also acknowledged that while U.S. wage growth has been “moderate”, it is “expected to pick up in a tightening labour market”.

The Bank predicted that the “sizable fiscal stimulus” would provide “a material boost to growth” in the U.S. over the next three years, along with recent tax cuts. That said, the Bank noted that the U.S. economy is “already operating at around potential” and that the recent fiscal spending increases would “add some additional pressure on inflation and bond yields”.

What the Bank left unsaid is that our economy would be expected to import that inflation over time, through trade, and that our bond yields, which tend to move in lock step with their U.S. counterparts, may get taken along for the ride - that is unless the BoC allows the gap between Canadian and U.S. monetary policies to continue to widen. I think it will do this, knowing full well that it will weaken the Loonie and provide an additional boost to our export sector, whose success is so critical to the BoC’s optimistic view of the future.

The BoC noted that newly announced U.S. tax cuts and government-spending programs “are expected to boost growth over the next few years”. To that end, the Bank is forecasting that the U.S. GDP will grow by an average of 2.75% over 2018 and 2019 before falling back to “around 2 per cent in 2020 … as support from fiscal and monetary policy diminishes”.

In other words, the U.S. federal government’s latest spending increase will produce the equivalent of an economic sugar high that will dissipate by 2020. Of course, the accompanying impacts of increased U.S. deficits and debt will last much longer.

The Bank acknowledged the mounting economic cost of the ongoing NAFTA uncertainty, noting that “even without changes in trade arrangements, increased concerns about trade policies could lead to a sharper-than-expected tightening of financial conditions, lower confidence and a more pronounced slowing of growth”. At the company-specific level, the BoC noted that diminished confidence around trade policy means that firms are “hesitating to invest in new capacity” in Canada.

The Bank said that its monetary policy “is likely to remain stimulative … until various forces have dissipated”. Specifically, “the uncertainty around trade conflicts and escalating geopolitical risks”.

The BoC used the word “uncertainty” fourteen times in its latest MPR and most of those references centred around trade. Not surprisingly, I don’t think it has found any additional clarity around how the NAFTA negotiations are going to play out, and in the meantime, seems strongly focused on the negative impacts that ongoing trade uncertainty is having on our economy.

The Bottom Line: The BoC sounded cautious about the current state of our economy and hopeful that our prospects will improve over time. As outlined above, the dark economic clouds over our heads at the moment are much more certain than what may be coming in the future, and I expect the Bank to  remain cautious for as long as that is the case. If I’m right, both our fixed and variable rates should remain at or near their current levels for longer than the consensus continues to predict.