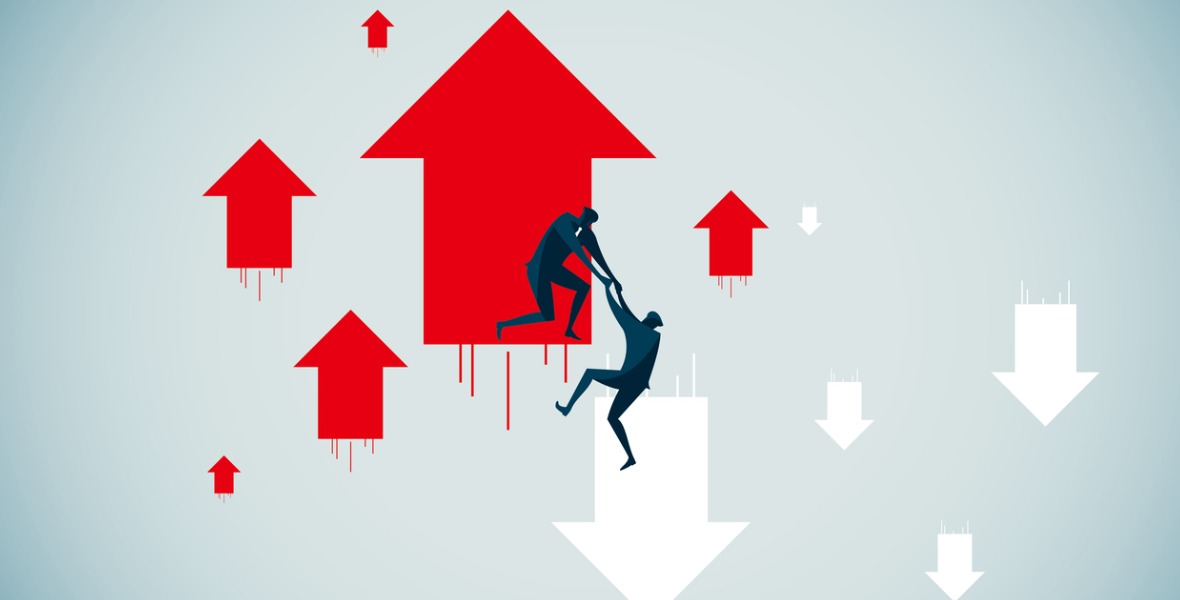 The numbers suggest an economic recovery is underway, will higher mortgage rates follow?

Last week Statistics Canada confirmed that our economy added an estimated 231,000 new jobs in June, which was higher than the consensus forecast of 195,000.

In normal times that type of job growth would have sent Government of Canada (GoC) bond yields soaring as investors priced in rising inflation risks and future Bank of Canada (BoC) rate hikes, but this time around, bond-market investors met our latest employment headline with a shrug.

A quick look at the composition of last month’s job growth makes it clear why:

There is always some level of noise in the monthly employment data but even more so during the pandemic when gains and losses are magnified by shutdowns and re-openings.

The most useful information helps us gauge how our labour market is faring relative to its pre-pandemic levels. Here is an update using that lens:

In conclusion, while last month’s employment headline was encouraging, a closer look at our employment data confirms that our labour-market recovery is still only in the middle innings.

Now let’s check in on how we are faring relative to the US labour market (with Stats Can’s data adjusted to align with US methodologies): 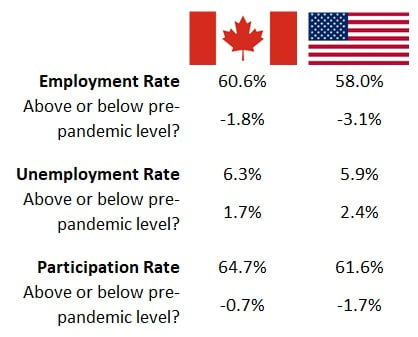 The data in the chart confirm that our employment recovery is farther along than the US and help to explain why the BoC is forecasting that it will start raising its policy rate in the second half of 2022, whereas the US Federal Reserve isn’t forecasting a raise until 2023.

For my part, I continue to believe that the BoC is unlikely to raise ahead of the Fed, and that our economy’s heaviest lifting lies ahead (and that’s true even if the rapidly spreading Delta variant and vaccine hesitancy don’t conspire to force us back into lockdown in the months ahead).

The bond market’s collective shrug in response to our latest employment report suggests that it will maintain a wait-and-see approach for now. I expect the BoC to do the same when it meets this Wednesday, and I’ll check back next week to confirm whether that was the case.