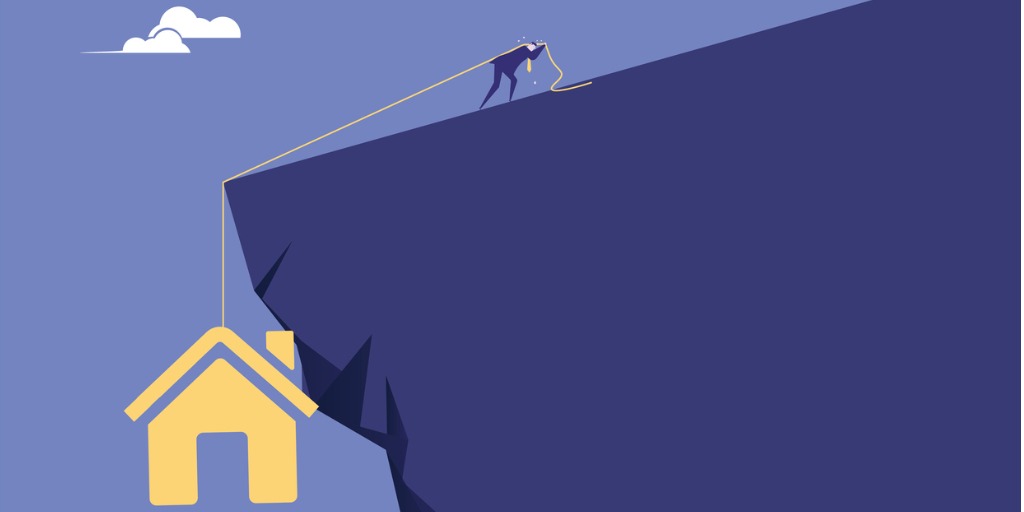 What you need to know - and why these rates are different from what we saw in 2008 south of the border.

The term “trigger rate” has been dominating mortgage headlines of late.

Today’s post will explain how they work, assuage fears that they will trigger a US-style housing meltdown, and outline options for borrowers who are being impacted by them.

(It was a slow week for mortgage-rate news, but my Bottom Line at the end of this post will offer a quick update on where rates currently stand and my take on where they’re likely headed over the near term.)

Let’s start with some quick definitions.

There are two types of variable-rate mortgages:

When variable mortgage rates rise significantly, borrowers with fixed payments can reach the point where they are no longer covering their interest cost. That rate level is referred to as their trigger rate (because it may trigger a reset of their minimum required payment).

Many Canadians with VRMs have recently hit their trigger rate. Here are some pertinent data from a report released by the BoC last week:

Ominous warnings that many Canadian VRM borrowers have now reached their trigger rates have led to speculation that we may be heading for a meltdown that will be like the US housing crash of 2008 because mortgage-payment resets figured prominently in that crisis. But a quick comparison of the two situations dispels that concern.

To wit, back in 2008, about 35% of US borrowers opted for adjustable-rate mortgages. These products were typically offered with terms of 25 or 30 years, but they started with 1- or 2-year teaser periods where the borrower’s rate was more deeply discounted. Very unwisely, borrowers were qualified at those low teaser rates, even though they were temporary and even though it could be seen that many of them could not afford the higher payments that would kick in when the teaser period expired.

Canadian lending practices have always been more conservative than their US equivalents, but our regulators also learned well from the US financial crisis. By 2012, they had begun to make changes to reduce the risk that something similar could ever happen here. Among many changes, they enacted a stress-test hurdle rate to ensure that Canadian borrowers could afford higher rates.

Today, every VRM borrower who started with a rate of 1.5% was qualified at a stress-test rate of about 5% (which is just about where rates are now). In other words, the US housing crash was caused in part by qualifying borrowers using short-term teaser rates that were significantly below the regular rate they would have to pay once their initial introductory period expired. In Canada, borrowers have long been qualified using higher stress-test rates to ensure that they can withstand significant payment increases.

To be clear, Canadian borrowers are feeling the pinch right now, and the stress test isn’t perfect. But any predictions that our VRM trigger-rate payment resets are going to lead to a US-style housing meltdown fall apart upon closer examination.

If you have a VRM and have been told that you have reached your trigger rate, or you are nearing that point, here are some tips for your consideration:

Any variable-rate borrower (ARM or VRM) who has reached a point where they are struggling to make ends meet should call their mortgage broker and/or lender right away. While distressed borrowers may instinctively want to stay quiet about their circumstances, the best time to contact your lender is before you start missing payments, not after.

Lenders will often offer a surprising level of flexibility to borrowers who are upfront about their challenges – especially now when both they and our regulators are keenly aware of the financial strains that are being caused by spiking mortgage rates.

Bond-market investors continue to price in expectations of lower inflation (and rates), riding the downdraft in yields that began when the US inflation data for October came in lower than expected.

That said, the US Federal Reserve and the BoC continue to tell anyone who will listen that inflation still has a long way to drop and that additional rate hikes and financial pain are still needed. Simply put, there is a growing disconnect between market expectations/pricing on the one hand, and central-bank messaging on the other.

For now, short-term momentum is likely to push bond yields, along with the fixed mortgage rates that are priced on them, somewhat lower. But as I explained in last week’s post, I think that our central bankers have every incentive to err on the side of overtightening. Once that view becomes more widely adopted, both yields and rates will head higher again.

Variable-rates were unchanged last week, and the market continues to price in another 0.25% hike by the BoC when it next meets on December 7.