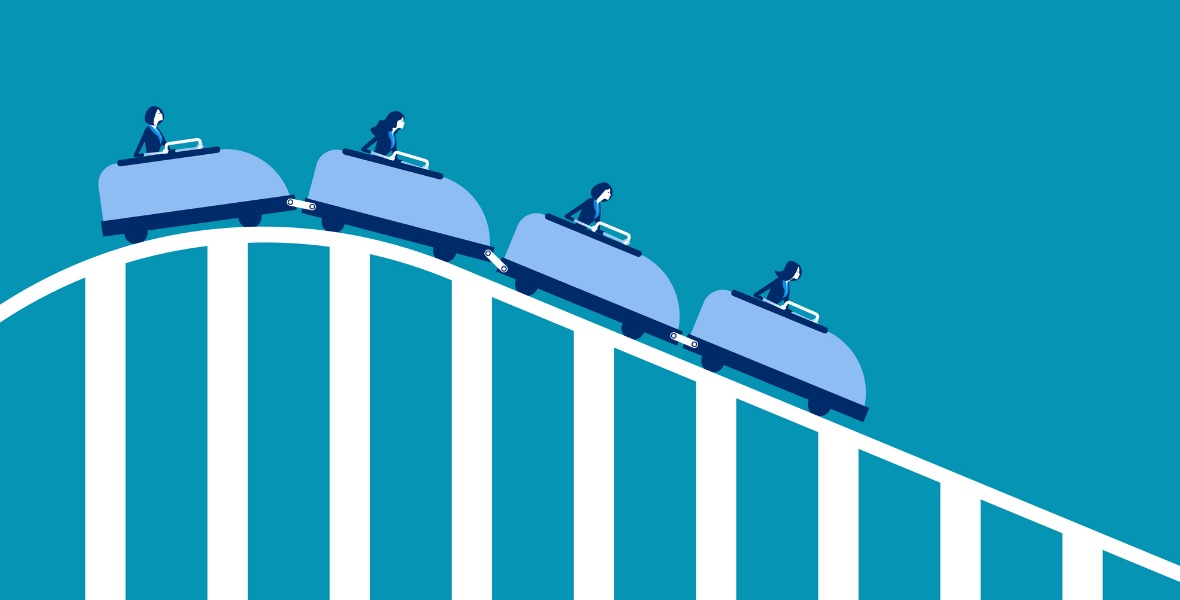 Just like that, all of the dire warnings about rapidly rising Canadian mortgage rates disappeared faster than cookies and carrots on Christmas Eve.

To recap, when the Bank of Canada (BoC) met in October, it raised its policy rate by another 0.25% and declared that our economy was operating at its full capacity. The Bank warned that it would need to increase rates by another .75% to 1.75% in order to keep inflation near its 2% target, and it removed the reassurance that it would apply “a gradual approach” to additional hikes from its policy statement.

Not surprisingly, the consensus warned that mortgage rates were about to move materially higher.

I was more sceptical. In the post I wrote at that time, I argued that if the BoC was really going to be “guided by the incoming data”, then it seemed unlikely that a steady string of additional policy-rate rises was just around the corner. Our economic data were mixed at best and, since then, inflation has further moderated, oil prices have collapsed, average wage growth has continued to fall, and our GDP growth has slowed. (At the same time, trade tensions and instability risks beyond our borders have also intensified.)

Nobody said that the BoC’s job was easy, especially today.

When our economy is humming along at an easily identified point in a traditional business cycle, our central bankers can usually adjust monetary policy with sports-car-like precision. But over the past decade, the natural forces that used to drive the global economy have been overwhelmed by unprecedented levels of unconventional monetary-policy stimulus. The old rules have not applied lately.

Today I would liken the BoC’s decision-making challenge to navigating a small, open boat on rough seas in the middle of an ocean with ill-suited navigation equipment (through no fault of the Bank). Even when visibility improves periodically, the high waves buffet the boat so that it is still  difficult to see the horizon. Against that backdrop, all our policy makers can do is stay afloat and hope for calmer seas.

When the BoC met last week, it left its policy rate unchanged. While Its accompanying statement was brief, it came loaded with phrases that signaled a shift in the Bank’s near- and medium-term plans. The next day, BoC Governor Poloz gave a speech called A Progress Report on the Economy in Toronto, and his comments leant further support to the Bank’s change in monetary-policy direction.

Here is a summary of the key themes that led to that shift:

The BoC observed that the current global economic expansion is “moderating largely as expected” but that “trade conflicts are weighing more heavily on global demand”. The Bank noted that “growth in major advanced economies has slowed”, and in his speech last Thursday, Governor Poloz cited “growing concerns of a global economic slowdown”, with the biggest risk stemming from U.S.-led trade tensions.

Governor Poloz highlighted “bond and equity market volatility in recent weeks” and said that if there were “a snapback in global interest rates … Canada would typically import something like 60% to 70% of any rise in global bond yields [and] we would see the attendant effects on our mortgage rates even if the Bank of Canada policy rate was held unchanged.”

Our current elevated household debt levels make us particularly vulnerable to interest-rate volatility, and the BoC’s decision to begin buying mortgage-backed securities (MBS), which it announced last week, will build a buffer against that risk. (The Bank can use its balance sheet to buy these securities to help stabilize mortgage rates, but as we know from watching other central banks go down this path, it can be a slippery slope if they start printing money to do it.)

The BoC noted that “oil prices have fallen sharply” as a result of “geopolitical developments, uncertainty about global growth prospects, and expansion of U.S. shale production”. The price of Canadian oil has been further reduced by “transportation constraints and a buildup of inventories”. As a result, “activity in Canada’s energy sector will likely be materially weaker than expected.”

Governor Poloz also explained that while Canadian oil prices recently hit levels that were lower than those reached in 2015, the impact on our overall economic growth has been smaller this time around. In 2015, the oil industry accounted for about 6% of our overall GDP, but the impact of that oil-price shock reduced its GDP contribution to about 3.5% today. As a result, although the price drop is just as severe a shock for those who are directly affected, it is less so for the broader economy.

The BoC observed that while our economy grew in line with the Bank’s expectations  in the third quarter, recent economic data “suggest less momentum going into the fourth quarter”.

Governor Poloz echoed that sentiment when he said that the economic data received since the Bank released its October Monetary Policy Report “have been on the disappointing side” and that our economy “has less momentum going into the fourth quarter than we believed it would”.

Household spending was softer than expected, and household credit growth slowed to 3.5% in October, marking its lowest level in 35 years. Mortgage credit growth slowed to 3.2% year-over-year in November, and most surprisingly, auto sales fell by 9.4% last month. That’s concerning because, as the Globe and Mail’s Michael Babad recently noted, “BoC research indicates that the effect of rate hikes on auto sales peaks two years after the fact”. Babad reminded us that “with eight months still to go before reaching the estimated time of peak impact from just the first rate hike, growth in auto sales has already turned negative”.

The BoC also determined that business investment declined unexpectedly in the third quarter “due to heightened trade uncertainty”. While the Bank is hopeful that the ratification of the new USMCA will reduce that uncertainty, the agreement must be ratified by the new democratic majority in the U.S. House of Representatives and that appears far from certain at this point.  (Meanwhile, the U.S. tariffs on our steel and aluminum remain in place and there could be major ripple effects from General Motors’ recent announcement of the closure of its Oshawa plant.)

The BoC noted that our October inflation reading of 2.4% was “just above target” but it expects inflationary pressures to ease in the coming months “by more than the Bank had previously forecast, due to lower gasoline prices”.

In his speech, Governor Poloz cited recent historical data revisions by Statistics Canada, which confirmed that our GDP level is now actually 1% lower than previously estimated and that our economy may have “additional room for non-inflationary growth”.  (That might help explain why average wage growth fell again in November, this time to a paltry 1.2%, even as our economy created 94,000 new jobs last month, marking our biggest monthly increase in 44 years!)

Governor Poloz also touched on the risk of stagflation, where stagnant economic growth combines with rising inflation (which in this case would be caused principally by trade tariffs). If that scenario should unfold, Governor Poloz explained that the BoC would use its monetary policy to lean against rising inflation, even at the expense of economic growth. (We’ll file that one away for later.)

The BoC’s closing paragraph began by noting that “the policy interest rate will need to rise into a neutral rate range to achieve the inflation target”.

The BoC said that it will be “guided by the incoming data” and in its closing statement, it explained that the “appropriate pace of rate increases will depend on a number of factors”, which will include:

These factors will take time to evolve, so barring some miracle U.S./China trade agreement or a sharp and sustained rise in average wage growth, it now looks as though the BoC’s next rate rise may not be until we’ve put away our shovels and taken out our lawn mowers.

The Bottom Line: The BoC left its policy rate unchanged last week. Its accompanying commentary confirmed a significantly dovish shift in the Bank’s outlook, and Governor Poloz’s speech the next day reinforced that sentiment. While few would have believed it six short weeks ago, our variable mortgage rates are now unlikely to rise any time soon, and our fixed mortgage rates should move lower in the near future (at least according to recent Government of Canada bond-yield movements).