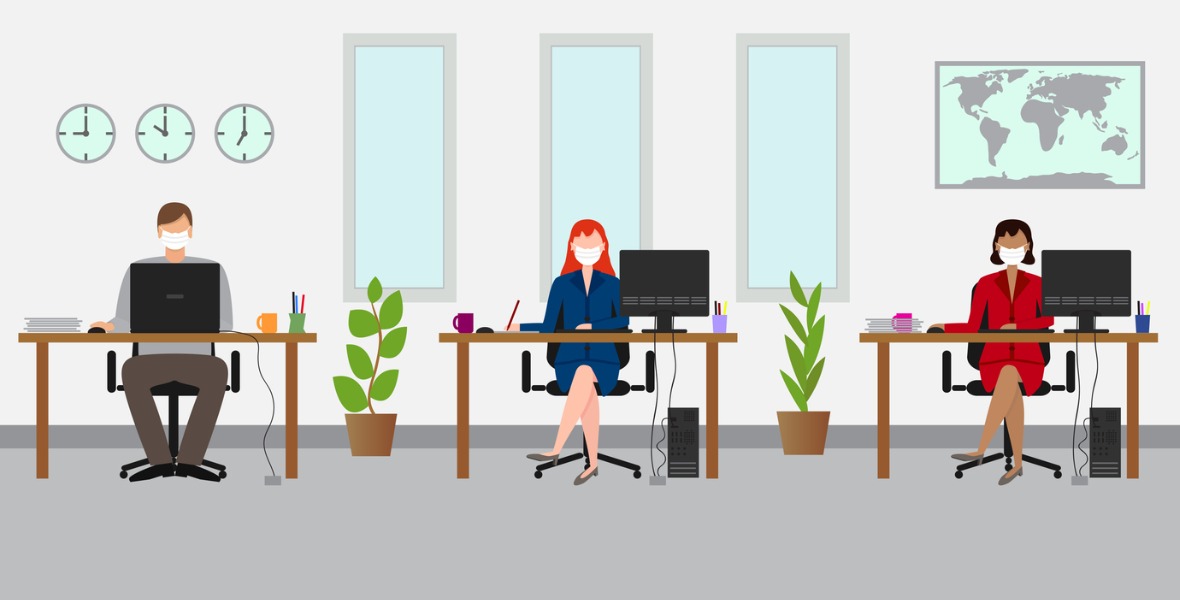 Employment Growth Surges, But So Do US Infection Rates

By David Larock
Why Canada and US vaccination rates may impact our economic recoveries - and our mortgage rates - more than job reports normally do.
Last week we received the latest Canadian and US employment reports, for July, and both offered useful insights for anyone keeping an eye on mortgage rates.

Labour represents the largest single cost for most businesses, and there are a lot of unfilled job openings in both countries right now. The mainstream media have relayed anecdotal feedback about employers who have had to increase pay and/or add incentives to lure back sidelined workers.

If labour shortages continue and employers are forced to continue increasing their pay offerings, inflationary pressures (and mortgage rates) are likely to sustainably rise. But that outcome is far from guaranteed, and both the Bank of Canada (BoC) and the US Federal Reserve have committed to maintaining their ultra-accommodative monetary policies until their respective labour markets have fully recovered to pre-pandemic levels.

Before we get to the latest reports, here are a few observations about the current employment backdrop, which is still being heavily impacted by COVID-related factors.

The strangest anomaly today is that US economy is purported to have 8.7 million Americans looking for jobs at the same time as there are an estimated 10 million positions available, which begs the question – why?

For starters, generous emergency unemployment benefits have so far helped workers in low-paying, high-contact industries to weather long lay-offs, but that will soon change. (US benefits are set to expire on September 4 while Canadian benefits were recently extended to October 23.)

At the same time, some part of the working-age population has been forced to stay home to care for dependents, and that impact should also be reduced in the fall if and as US schools resume in-class learning.

But not everything is expected to go back to pre-COVID normal.

An increased number of older workers are opting for retirement, and COVID has pushed others to pursue new, less risky employment in new fields.

Employers are increasing their focus on technological advances that will reduce their need for labour, and some are still reluctant to fully re-staff while they remain uncertain about the prospect of more lockdowns and/or the permanent changes in consumer behaviour.

Each new employment report provides an update on how COVID-related factors are impacting our recoveries today, and, more gradually as those impacts fade, how they are altering what our new employment landscape will look like.

To that end, here are the highlights from the latest jobs data on both sides of the 49th parallel.

While last month’s Canadian and US employment reports were both solid on an overall basis, I think there is a significant chance that our recovery trajectories will diverge in the months ahead.

Canada’s initial vaccination efforts were hampered by a lack of supply, but we now lead the world (61.69% fully vaccinated, 72.01% at least partially vaccinated). That high take-up rate reduces the likelihood that COVID’s surging Delta variant will force us back into lockdown or otherwise destabilize our recovery.

The combination of surging US infection rates (see chart) and increased US vaccine hesitancy raises the odds that more US lockdowns could be on the horizon.

We may now be heading toward a situation where Canadian employment recovers well ahead of US employment.

In such a scenario, the Government of Canada (GoC) bond yields that our fixed mortgage rates are priced on are likely to remain lower than they otherwise would because they will continue to mirror their US equivalents - and US yields will be suppressed by a delayed US recovery.

Meanwhile, if the US recovery is faltering and the Fed is maintaining its low-rates-for-longer stance at the point when the BoC might otherwise be ready to raise its policy rate, doing so would cause the Loonie to rise further against the Greenback and threaten our own recovery as a result.

(The last time the BoC raised ahead of the Fed was in 2010. The Loonie soared against the Greenback, even moving above par for a period, and our export sector took another five years to recover to its pre-2008 level.)

With that relationship in mind, over the near term, Canadian and US COVID vaccination and infection rates will likely provide the most reliable single indicators of what’s ahead for job-market recoveries in both countries – even more so than the details in the employment reports to come.

The Bottom Line: Last week’s employment data pushed US bond yields higher, and GoC bond yields rose in near lockstep with their US counterparts. That said, the GoC five-year bond yield closed last week at 0.88% and is still well below the 1.00% level it was at when mortgage lenders last moved their rates.

Five-year fixed and variable rates held steady last week, and while I don’t expect any near-term changes to either rate, surging US COVID infection rates are raising downside risks to the US recovery, and by association, to the US and Canadian mortgage rates that are tied to it.