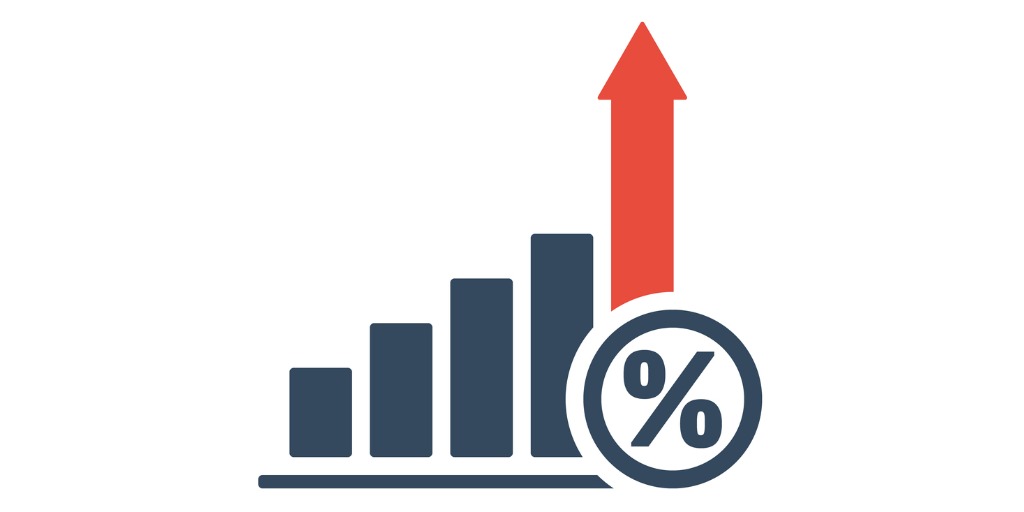 Why I believe the US Federal Reserve will surprise markets with more-hawkish-than-expected policy-rate language this week.

The bond futures market is pricing in a 0.75% hike on Wednesday, with two more 0.50% increases expected in October and November.

Those bets were raised after the release of last week’s US inflation data. While it showed that headline inflation fell in August, from 8.5% to 8.3% on a year-over-year basis, that was less of a decline than the market had expected. More concerningly, US core inflation, which strips out the most volatile prices like food and energy, increased from 5.9% in July to 6.3% in August.

As in Canada, US inflation is broadening out even as the overall headline number starts to decline. But right now, the Fed is in a tougher spot than the Bank of Canada (BoC).

Whereas the Canadian economy is still growing modestly at the moment, US GDP has been negative over the past two quarters, and US economic momentum is showing more signs of slowing. The US saving rate is now down to 5%, about half of its long-term average of 9%, and US consumers are increasingly relying on credit-card debt to make up the gap between wages and rising prices. As the US consumer goes, so goes the US economy.

While it may seem strange, investors have treated these signs of economic weakness bullishly for some time now, believing that the weakness will cause the Fed to slow its tightening pace – and that bad-news-is-good-news response is of the Fed’s own making. It has tended to ease up on its policy-rate language each time the US economy has showed signs of weakness … but this time, it no longer has that luxury.

Intensifying inflation pressures have backed the Fed into a corner. In retrospect, it waited too long to start raising its policy rate and that means that more hikes, and more concomitant pain, will now be required.

Now the Fed must take a hard line regardless of the market’s reaction, and I think it will use this week’s meeting to make that clear. At this point, any ambiguity will give inflation more time to fester and grow, and any short-term economic momentum (and hope) created by a more dovish shift would ultimately be counter-productive if it inhibited the necessary slowdown.

The biggest risk for the Fed, as with the BoC, lies in determining how hard to hit the brakes now to sufficiently slow the economy a year or two out. My sense is that the Fed thinks it will take more tightening than the market is currently pricing in, and if that is made clear this week, US bond yields will move higher over the near term (as will Government of Canada bond yields, which tend to follow their US equivalents in lock step).

It is also important to note that while most of the discussion about the Fed’s plans focuses on its interest rate policy, its quantitative tightening (QT) plans could have even more impact on bond yields over the medium term.

As a reminder, when the pandemic first hit, in addition to slashing their policy rates to the floor, both the Fed and the BoC announced that they would engage in quantitative easing (QE). Under QE, our central banks used their balance sheets to buy government bonds in the secondary market. At first, those programs ensured that those markets remained liquid during the initial crisis, but they were then used more aggressively by the Fed and the BoC to drive down longer-term bond yields.

Now, both central banks are using QT to let its maturing bonds roll back into the secondary market, but there is no precedent for what they are trying to do on the scale that they are currently attempting. (Some market watchers liken their efforts to trying to put toothpaste back in its tube.)

The Fed began reducing its balance sheet by $45 billion each month in June, and that pace was just ramped up to $95 billion in September. There is spirited debate about the extent of the impacts that QT will have, but there is little argument that it will exert additional upward pressure on bond yields. And QT’s impacts won’t be going away any time soon. (I am reposting the chart below from last week’s post to illustrate that point.)

If you’re in the market for a Canadian fixed-rate mortgage, expect GoC bond yields to move higher this week alongside their US equivalents. Over the near term, I expect that upward momentum to be driven by the Fed’s more-hawkish-than-expected policy-rate language, as bond-market investors continue to price in QT.

Looking a little farther out, I continue to believe that the Fed and the BoC will overtighten and drive both the US and Canadian economies into recession – as they tend to do during their rate-hike cycles. (Also, there is no guarantee that the current QT programs will continue as planned.)

The Bottom Line: I expect a more hawkish than expected Fed policy stance to push up government bond yields on both sides of the 49th parallel next week. If I’m right, our fixed mortgage rates will be driven higher as a result.

Five-year variable rates held steady last week, but an increasing number of economists and market watchers now predict that the BoC will hike by another 0.75% by the end of this year.

My overall view remains the same: higher than expected rates over the near term, but lower rates thereafter. With that in mind, I continue to believe that either variable or shorter-term- fixed mortgage rates are the best bet.