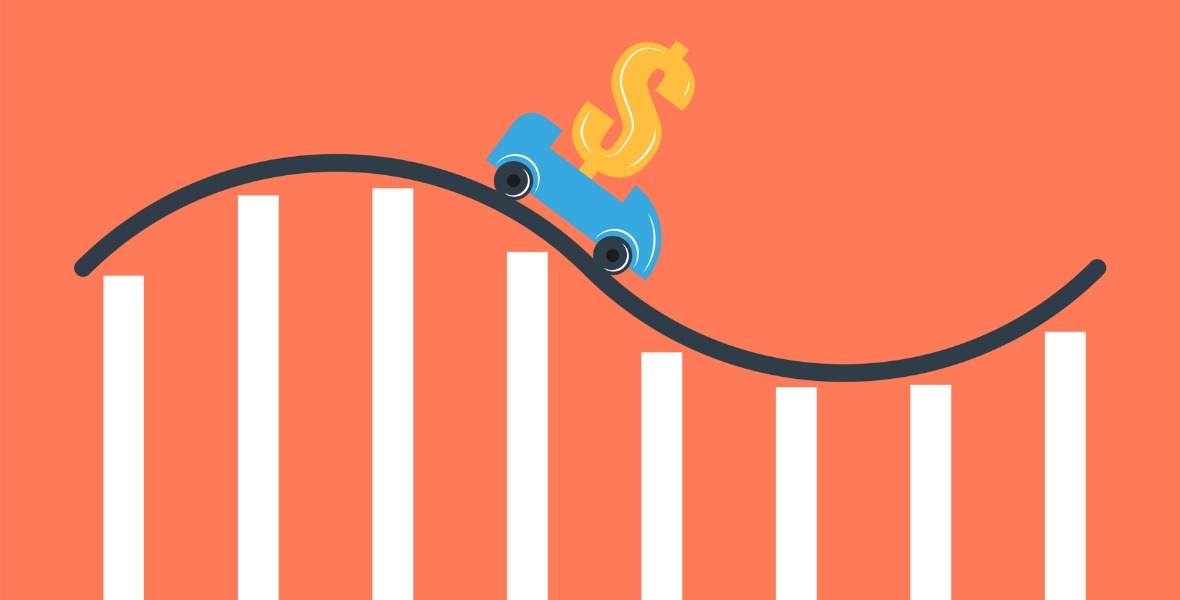 Five Thoughts on the Bank of Canada’s Rate Hike

The Bank of Canada hiked last week and the key questions now are: How fast will its policy-rate rise and how high will it ultimately go?
The Bank of Canada (BoC) raised its policy rate from 0.25% to 0.50% last Wednesday, as expected, and lenders increased their prime rates by the same amount shortly thereafter.

The hike was almost universally expected, but the Bank’s hawkish statements about our current conditions was not (at least by this blogger).

In his speech last Thursday supporting the policy shift, BoC Governor Macklem acknowledged the economic uncertainties surrounding Russia’s attack on Ukraine, the continued evolution of COVID-19, and the ongoing supply chain disruptions. But he said that, on balance, the BoC’s decision to start removing monetary-policy stimulus was based on the assessment that “slack in the economy is absorbed, there is solid momentum, and inflation is too high”.

Now that the BoC’s monetary-policy tightening is underway, the key questions remain for anyone either in a variable-rate mortgage or contemplating one: How fast will the policy-rate rise and how high will it ultimately go?

To help answer that question, here are five thoughts on the BoC’s first rate hike and its communications last week.

When the BoC slashed its policy rate by 1.50% in March 2020, it said that it would not raise it again until our economic recovery was complete, even if that resulted in a short-term inflation overshoot. That promise not to tighten pre-emptively magnified the stimulative impact of the Bank’s emergency measures.

Last week, the Bank still readily conceded that most of our current inflationary pressures remain tied to factors that its monetary policies can do little to impact, but it went on to say that it plans to pre-emptively raise its policy rate to dampen near-term spending growth that would otherwise cause the kind of inflation that its monetary policies can directly impact.

Simply put, instead of continuing to rely on its rear-view mirror and basing its decisions on what the data has already demonstrably occurred, the BoC will now look out its front windshield and set its course based on its assessments of what lies ahead.

This shift in approach is understandable, given that inflation currently stands at 5.1% and “if inflation expectations become unmoored, it becomes much more costly to get inflation back to target.” But being proactive also requires more room for interpretation and increases the Bank’s margin for error.

At a time when the Bank says it is “more concerned about the upside risks to our inflation outlook”, the new and primary risk is that it will overtighten.

The BoC’s current focus on upside risks is understandable given our most recent inflation data.

The Bank noted that “price increases have become more pervasive” and that “as of January, across 165 CPI components, almost two-thirds were growing above 3%”.

Governor Macklem conceded that these widespread price increases mean that near-term inflation is likely to come in higher than the BoC’s most recent forecast in its January Monetary Policy Report. He also noted that this broadening trend makes it harder for consumers to substitute purchases to reduce inflation’s bite and heightens the risk that inflation expectations will become “unmoored”.

It sounds as if the most recent inflation data caught the Bank by surprise. If it now believes that it has fallen behind the curve, that will increase its sense of urgency around near-term tightening.

Russia’s war against Ukraine is first and foremost a humanitarian crisis, and while that should be our primary focus, it is also impacting the global economy.

Food and energy prices, which were already elevated, are now being driven higher by additional supply disruptions and sanctions, and the magnitude of these incremental price spikes adds to recession risks since they affect other spending (because above all else, we must eat and heat).

To be clear, higher commodity prices do provide benefits to the Canadian economy, but on balance it seems likely that the cumulative impact of the crisis in Ukraine will be a net headwind for inflation.

The Bank noted that our Q4 2021 growth came in higher than forecast and observed that “first-quarter growth is now looking more solid than previously projected.”

That momentum gives the BoC something to lean against with rate hikes, but will it be sustainable alongside the removal of fiscal supports and in the face of below-trend productivity? And what will the impact be on our housing markets, which, because high prices and debt levels, are now more sensitive to rate hikes than ever before?

Debt-fuelled housing-market momentum has been our economy’s golden goose since the Great Recession of 2008. Rate hikes, necessary as they clearly are now, could have a greater than expected impact on house prices, and with it, overall consumer confidence.

The BoC has faith that “the economy can handle” rate hikes, but today’s elevated debt levels will magnify their impact and decrease the Bank’s margin for error.

The BoC reiterated that it plans to begin reducing the size of its balance sheet in the near future by unwinding the quantitative easing (QE) programs that it undertook as part of its initial pandemic response.

QE was used to purchase massive amounts of our government’s debt. This helped to preserve liquidity when the crisis first hit, but thereafter it was used to put downward pressure on our bond yields with the expressed purpose of lowering the borrowing rates that were priced on them (such as our fixed mortgage rates).

In October, 2021 the Bank stopped its QE purchases and shifted to a neutral stance whereby it would replace the renewing bonds on its balance sheet and stabilize its overall market position. (It now owns about 40% of our total outstanding government debt.) But it plans to start letting its renewing bonds roll off in the relatively near future, and that move to QT is expected to put upward pressure on their yields and the fixed mortgage rates that are tied to them.

That said, while QT will be seen as a meaningful signal that could push yields and rates higher, I think its ultimate impact will be limited by the fact that Canadian bond yields move in lockstep with their US equivalents (as I explained in this recent post).

Now let’s circle back to our initial questions of how fast and how high our policy rate will rise.

The BoC’s admission that inflation pressures are building more rapidly than expected, combined with the fact that our recent growth has also surprised to the upside, raises the odds that the Bank will accelerate its rate-hike timetable. On that note, Governor Macklem indicated that the Bank would even consider a 0.50% hike at an upcoming meeting if circumstances call for it.

Those same factors also increase the likelihood that the BoC will enact more hikes in total – especially given the fact that it intends to act pre-emptively and that the impacts from rate hikes occur with a lag of anywhere from 12 to 24 months.

But just as the potential for more rapid and severe rate hikes has increased, so too has the risk that the BoC will over-tighten, and that rate cuts will then more quickly follow.

If you’re committing to a variable rate as a long-term strategy, it is important to take a step back from our current circumstances, concerning as they are, and assess the broader picture.

Before the pandemic, the worst of which now appears to be behind us, the world’s developed economies were mostly experiencing low growth rates and below-target inflation driven by deflationary forces such as technological advances, aging demographics, and high debt levels.

The pandemic increased the urgency for technological advances; birth rates have slowed further; and debt levels have moved into the stratosphere.

Markets aren’t focused on any of these long-term factors for the time being because temporary factors are more prominent. But those one-off impacts will fade, and the influence of longer-term deflationary forces will not.

The Bottom Line: Despite last week’s policy-rate rise, the gap between five-year fixed and variable rates remains at about 1.50%.

That’s because fixed rates also continued to rise last week, even though the five-year Government of Canada (GoC) bond yield they are priced on fell precipitously, from 1.75% at Monday’s open to 1.46% by Friday’s close.

Simply put, there is now a lot of air under our five-year fixed rates, and while lenders typically take the escalator on the way up and the stairs on the way down, it should not be long before those rates start to fall.

Variable rates are on an upward trajectory now, and the BoC’s hawkish commentary last week increases the odds that they will increase more quickly than expected over at least the short term.

Construction problems such as foreseen costs, and shortages of labour and materials, are issues for...
Read More
Safe Investments

And why Canada's rate hiking cycle may not last as long.
Read More
Mortgage

Why I believe the US Federal Reserve will surprise markets with more-hawkish-than-expected...
Read More