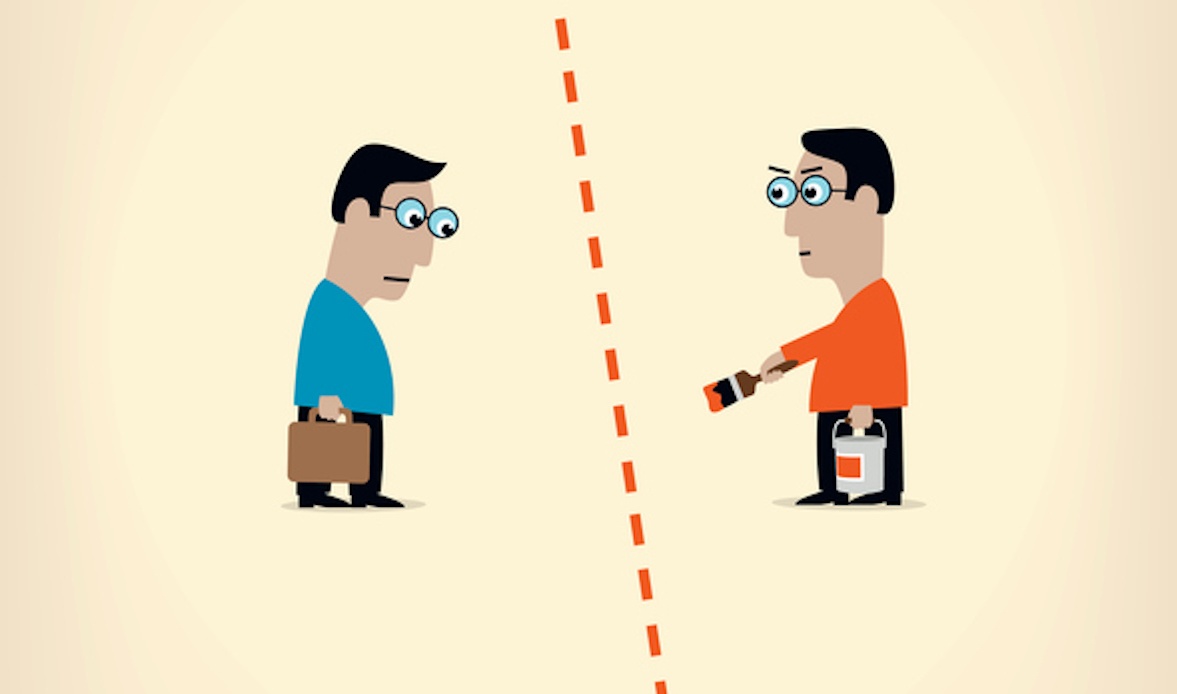 Homeowners Spend $50,000 Fighting Over Small Strip of Land Between Houses

It’s hard to imagine why two neighbours would together spend as much as $50,000 on legal fees in a court fight over a strip of land between their houses that measures only 0.14 of a metre (5.5 inches) at its widest.

This dispute took place between two houses on Chisholm Ave., in the Main and Danforth area of Toronto’s east end.

William Keys owns one of the houses. His family has owned the house continuously since his great-grandparents bought it in 1923. Evidence at the trial showed that during the time the current owner and his father lived at the home, a fence divided the backyards. A 1966 land survey showed that this fence was actually several inches south of the actual deed line, encroaching onto the property of Christopher Reid.

In 2014, Reid commissioned a survey which showed the fence cut into his land. Until then, the location of the fence had never been an issue between the neighbours. Reid then had his contractors demolish the old fence and build a new one right on the property line.

Reid gave no notice to Keys that the fence would be relocated.

Last year, Keys’ lawyer Michael Carlson brought an application to Superior Court claiming “adverse possession” — squatter’s rights — of the strip of land between the property line and the location of the old fence.

In her ruling on the matter in February, Justice Beth A. Allen set out the tests for a landowner to succeed in a claim for adverse possession:

Justice Allen quoted an earlier Ontario Court of Appeal ruling stating that possession of the land must be “open, notorious, peaceful, adverse, exclusive, actual and continuous.”

Justice Allen reviewed the evidence and concluded that “the fence enclosed the disputed land in the Keys’ backyard from at least 1966 and perhaps as far back as 1923. There is no evidence to contradict this.

“This, to my mind,” wrote Allen, “establishes Mr. Keys and his predecessors had actual possession of the disputed land” and that he has a “crystallized adverse possessory right.”

Allen granted Keys’ application for an order giving him title to the disputed strip, and his costs of the proceedings.