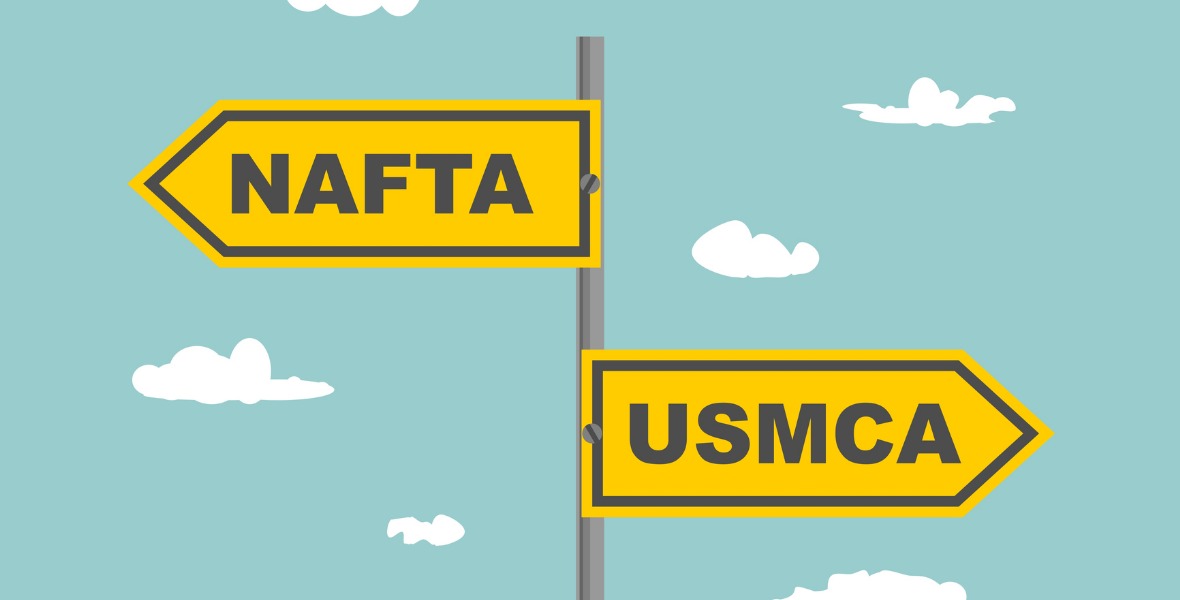 How Will Our New Trade Agreement Impact Canadian Mortgage Rates?

How will the new United States-Mexico-Canada trade agreement (USMCA) impact the Canadian economy - and our mortgage rates?

The main catalyst was the recent resolution of the NAFTA renegotiations, which lifted a cloud of uncertainty that had been hanging over the Canadian economy for the past thirteen months.

The new deal, called the United States-Mexico-Canada Agreement (USMCA), included several tweaks to the previous North American Free Trade Agreement (NAFTA), but none of them are likely to have a substantial impact on our economy. The real victory was simply that Canada would be included in this new “NAFTA 2.0” agreement and that U.S. President Trump’s most ominous threats, like slapping a 25% tariff on Canadian automotive imports, would not be realized.

Here are the key details in the new USMCA:

The key question for readers of this blog is what the new USMCA will mean for Canadian mortgage rates.

Assuming that the American, Canadian and Mexican governments all ratify the agreement, the USMCA should remove the biggest impediment to our near-term economic momentum. Trade uncertainty has held back Canadian business investment over the past thirteen months. Over that period, multinational companies who operate on both sides of the border have tended to direct their incremental investment to their U.S. operations, and that money isn’t coming back. But other businesses who produce primarily in Canada are surely more confident about making incremental investment now that the future of Canada/U.S. trade is clearer.

If we see a noticeable uptick in business investment, it will help fuel more GDP growth, and given where we are in the economic cycle, that could also push inflation higher. If that happens, the Bank of Canada (BoC) may be compelled to accelerate its rate-hike timetable. This outcome is largely now priced in to the five-year GoC bond yield (see 30-day chart below).

At times like this, however, it is also worth remembering that when everyone thinks something is going to happen, it seldom does. To that end, here are a few factors that could prevent our mortgage rates from rising as quickly as expected:

The U.S. federal government’s recent tax cuts and aggressive stimulus spending have forced the U.S Federal Reserve to hike its policy rate precipitously. I continue to believe that the Fed’s aggressive monetary-policy tightening will tip the U.S. economy into recession at some point over the near-to-medium term (which I wrote about in detail here), and if/when that happens, rates on both sides of the border will fall.

The Bottom Line: The announcement of the new USMCA agreement buoyed our bond market, and our fixed mortgage rates moved higher as a result. The momentum arrow for mortgage rates is pointing up over the near term, and against that backdrop, anyone who is in the market for a mortgage is well advised to secure a pre-approval. Over the longer term, I think the risk of a U.S. recession rises with every Fed rate hike and if/when that comes to fruition, our rates should then fall back down.