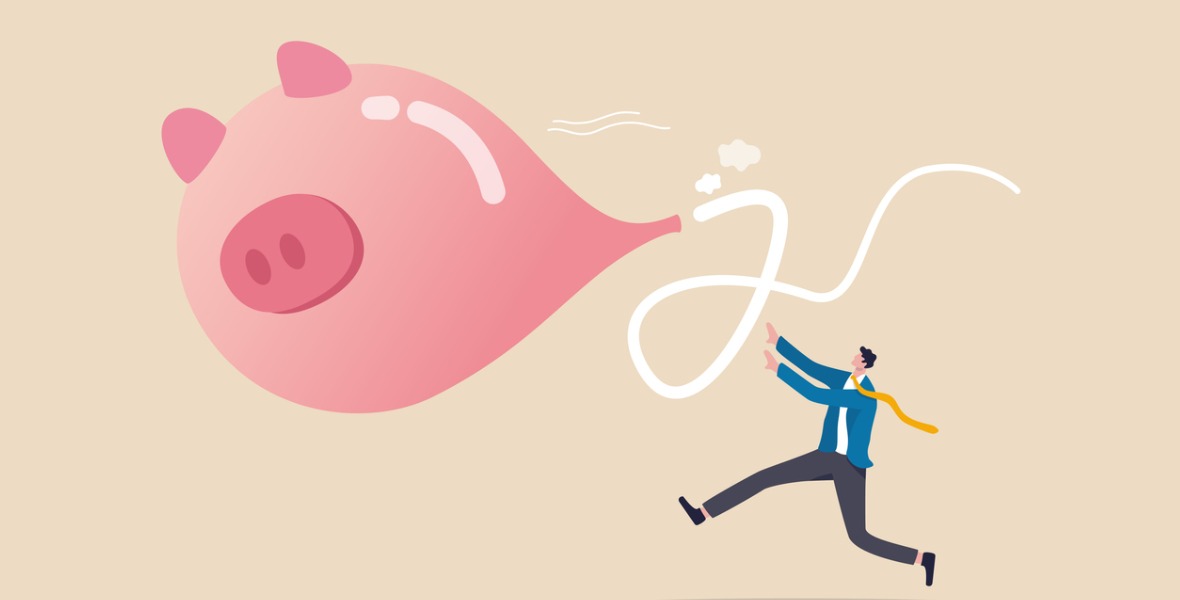 A contrarian case for inflation and interest rates falling back more quickly than most forecasts predict.

Last week we received the latest US inflation and Canadian employment data, and the Bank of Canada (BoC) issued its latest Financial System Review with an accompanying press conference from BoC Governor Macklem.

In today’s post I offer quick hits on each and make my admittedly contrarian case for inflation and interest rates falling back more quickly than most market watchers expect.

US Inflation Hit a 40-yr High

US inflation came in higher than expected in May, rising from 8.3% in April to 8.6% on an annualized basis. The consensus had expected inflation to fall slightly to 8.2%, but instead it rose to a 40-year high, and that caused US bond yields, and their Canadian equivalents, to surge higher in response. (The five-year Government of Canada (GoC) bond yield, which our five-year fixed mortgage rates are priced on, spiked up another 0.16% on Friday.)

The bond futures market was pricing in 0.50% increases by the Fed at its next two meetings, but after Friday’s US inflation report, that bet was raised to three consecutive 0.50% hikes. There is also growing speculation that the Fed may decide to hike by 0.75% next week instead.

While rising price pressures are spreading more broadly across the US economy, US core inflation fell from 6.2% to 6.0% on an annualized basis.

Our economy added another 40,000 jobs in May, bringing our unemployment rate down to 5.1%, which Statistics Canada noted was a new record low. A closer look under the surface showed that the month was even stronger because we added 135,000 full-time jobs while shedding 96,000 part-time jobs.

Our service-producing sectors added 81,000 new positions, and we lost an estimated 43,000 manufacturing jobs, which are typically higher paying and tend to spur job creation in other related sectors of the economy (as a knock-on effect).

Average hourly wage growth increased from 3.3% in April to 3.9% in May on an annualized basis, but that increase was largely attributed to a skew in the data last year when workers with lower-paying jobs were rehired en masse as lockdowns were lifted (and that anomaly temporarily lowered average wages).

Our wage growth still lags well behind inflation, and that means that real wages are still falling and the purchasing power of the average Canadian is still shrinking.

The Bank of Canada (BoC) Sent Out Warnings

In his press conference last Thursday, following the release of the Bank’s latest Financial System Review, BoC Governor Macklem warned that the Bank may need to temporarily take its policy rate past its neutral-rate range of 2% to 3% in order to tamp down inflation pressures and may also “need to move more quickly” by resorting to hikes of more than 0.50%.

There had also been ongoing speculation that the Bank might slow the pace of its rate hikes if momentum in our real-estate markets slowed too sharply. In late March, BoC Deputy Governor Toni Gravelle noted that there was “a high degree of vulnerability” in some of our housing markets, including Toronto and Ottawa, and he seemed to reassure Canadians at that time when he said that the Bank would be watching our housing markets “very closely and carefully”.

But last Thursday, Governor Macklem warned that the BoC’s focus would be on bringing inflation back to target and added that some “moderation in housing would be healthy”. He said the Bank still expects that it can achieve a “soft landing” for the economy, but bluntly put, there is no precedent for that result alongside the magnitude of the rate spikes that we are seeing today.

Macklem’s warning about the possibility of larger-than-expected rate hikes shouldn’t spook markets too much because a series of additional hikes was already expected, and larger hikes would only reduce the total number of increases. But there has been a widespread belief in the Canadian zeitgeist that our policy makers will decide to protect our housing markets from a substantial correction when push comes to shove – and Macklem’s recent warning that the Bank will prioritize getting inflation back to target above all else challenges that view.

Regular readers of my blog have seen the chart below before, but the contrarian in me can’t resist reposting it at a time when warnings about runaway inflation abound.

It shows what happened to inflation the last time we had a pandemic overlapping with a major war. 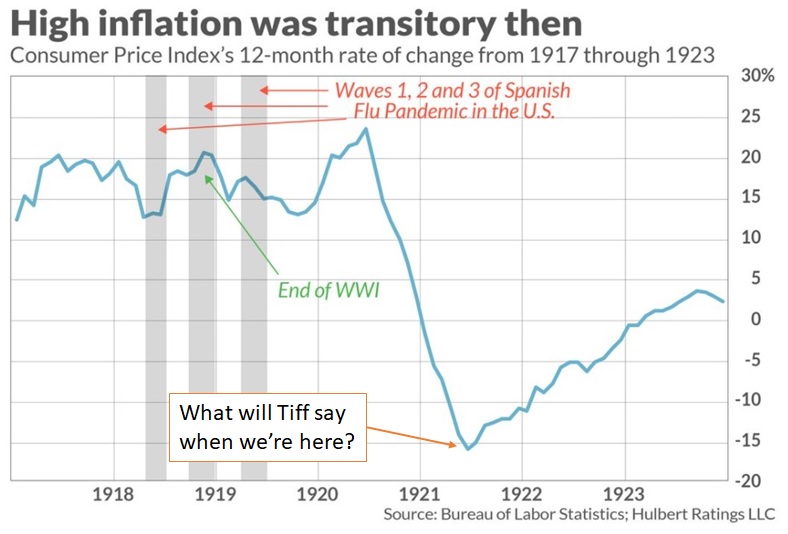 Imagine how strange it would have sounded when US inflation was approaching 25% in mid-1920 if someone had predicted that the US economy would be experiencing deflation of -15% a year later.

Back then, interest rates spiked in response to surging inflation, then the US economy fell into a sharp recession that lasted for 18 months. By mid-1922 interest rates were at or below their pre-pandemic levels. Does that sound out of the realm of possibility based on where we are now?

To be clear, there is no guarantee that history will repeat, but it does tend to rhyme.

Anyone who is in the market for a mortgage today has a tough choice to make. Do they lock in fixed rates that have surged higher at their fastest pace since the 1980s and risk that these rates are at or near the peak? Or do they hitch their wagon to variable rates knowing that they are headed higher, and perhaps by even more than the 1% to 2% that most market watchers predict?

Based on my experience in this business and the substantial spread between current fixed and variable rates, if I were in the market today, I would be taking my chances with a variable rate because I think the BoC and the Fed will overtighten and have to back off before the end of the five-year term. Simply put, I just don’t believe that the US and Canadian economies can withstand the triple shocks of a pandemic, war-driven inflation, and spiking interest rates without going into recession. (As usual in history, the surest cure for high prices will be high prices.)

That said, if borrowers are leaning more toward fixed rates (and there are certainly some good arguments to support that choice), I would lean toward a two- or three-year term that would likely take us through the period of highest rates and are more favourably priced because they come with a lower term premium than the one currently built in to five-year fixed rates.

The Bottom Line: The five-year GoC bond yield surged higher by another 0.38% last week, and that means that five-year fixed rates will likely rise again this week. This next round of increases will push five-year fixed rates offered by most lenders above 5% (about double where they were at the start of this year).

Five-year variable rate discounts shrank a little again last week, and the BoC isn’t doing much to quell speculation that it may raise its policy rate higher by 0.75% instead of 0.50% at its next meeting on July 13 (although I still think a half-point hike is more likely).