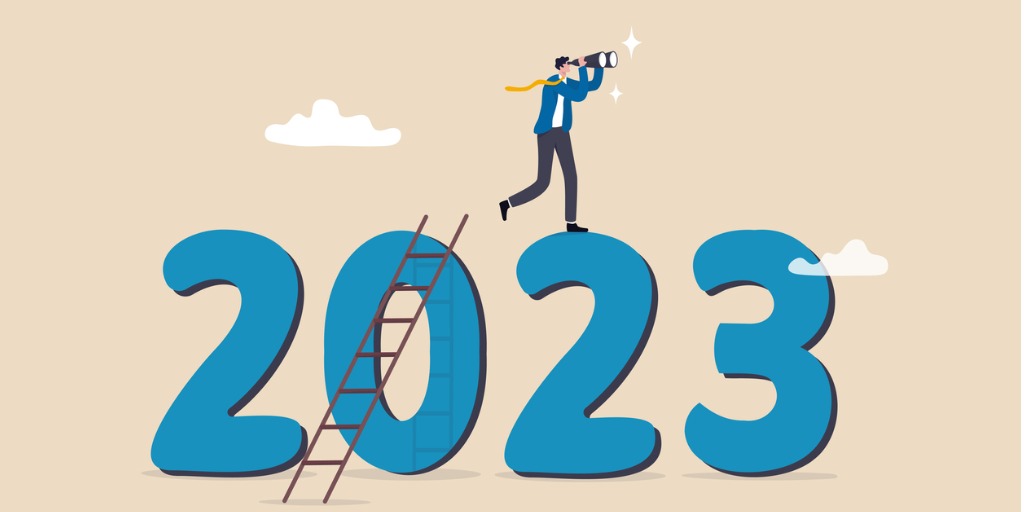 Expect more volatility over the next 12 months, where good news equals bad news, and both pivots - and crashes - aren't likely.

As per tradition, my first post of 2023 will offer some predictions and forecasts for the year ahead but first, some important qualifiers.

Forecasting is hard at the best of times, and these are not those.

Today we are living through a period of elevated volatility where myriad factors have the potential to substantially alter our economic trajectory over the next twelve months. They include:

Here are my five mortgage-related predictions for the year ahead.

We have come to the end of a long period when bad news for the economy was good news for financial markets because it led to central-bank rate cuts, the continuation of ultra-low rates, and/or other forms of monetary-policy largesse.

Those days are gone.

The Bank of Canada (BoC) and the US Federal Reserve spent the last part of 2022 acknowledging that higher rates will cause economic pain and warning that they will stay on their inflation-fighting path even as that pain accumulates (because not doing so would lead to even worse outcomes).

Going forward, good economic news will be bad news for the financial markets because it will reinforce the need for higher rates.

Every encouraging economic data point, such as last week’s Canadian employment headline (which showed a whopping 104,000 new jobs added last month) will increase the odds of more rate hikes and will push out the timing of eventual rate relief.

Our average, year-over-year wage growth has clocked in at 5%+ for the past seven months. I can’t see our overall CPI dropping much below our average wage-growth rate for a sustainable period because labour costs are so pervasive.

I also don’t see any signs that our wage growth will slow any time soon. While 5%+ sounds impressive, prices are still rising faster than wages, so the average worker’s purchasing power is still shrinking.

Employees have more leverage now than they have had in a long time, and they aren’t being greedy – they’re fighting to keep their heads above water. (Part of that leverage comes from the fact that Canadian Baby Boomers are retiring at a record rate, and that’s a long-term trend that is going to reduce our labour supply.)

In the modern era, the BoC has historically averaged fourteen months between its last rate hike and its first rate cut. There is much debate about how long the lag will be this time.

Anyone hoping for a shorter-than-normal gap might point to the fact that our household and government debt levels are at record highs. That will magnify the impact of each rate hike and could help shorten the curing period required to bring inflation to heel.

While I concede that point, I still don’t expect the BoC to pivot in 2023.

For starters, the Bank may not yet be done hiking rates. Our strong employment data increase the odds that we’ll see at least one mortgage-ate hike when the BoC next meets on January 25, and it is not out of the question that we could see another hike at its meeting on March 8. Our curing period may not have even started.

Inflation is also much higher now than it has been during our last several tightening cycles, and as per #2, it has broadened across our economy and is being underpinned by wage growth that hasn’t even produced any real income gains for workers to date.

Finally, I think the BoC has a strong bias toward overtightening this time around because it waited too long to begin raising rates when our pandemic lockdowns ended and took a hit to its inflation-fighting credentials as a result.

Higher mortgage rates have inspired a growing chorus of prognosticators predicting the imminent doom of our regional housing markets, specifically the GTA and the GVA.

I’m not buying it.

To be clear, I think house prices in most markets could finish the year lower, but not dramatically so. I expect price declines of no more than 10%.

While higher mortgage rates are certainly putting a strain on homeowners and will likely limit further price gains over the near term, our regional housing markets are well positioned to withstand a slowdown.

About 50% of Canadian homeowners are debt free. Of those with mortgages, about 70% are fixed-rate borrowers who won’t feel the brunt of higher rates until the end of their terms. When they reach that point, they will be renewing a significantly lower mortgage balance than the one they initially qualified for.

The roughly 30% of mortgage borrowers who have variable-rates have been much more immediately impacted by sharply higher rates. But they were also qualified at stress-test rates near to today’s levels, and most of those mortgages have fixed payments that don’t rise until trigger rates are reached (and even at that point, additional payment flexibility is often still available).

Sharply higher rates may conjure images of the US housing crash in 2008. But they shouldn’t. The Canadian mortgage market is much more conservatively regulated than the US market, and history hasn’t shown a meaningful correlation between higher mortgage rates and defaults.

In fact, job losses are much more highly correlated with mortgage defaults, and while our employment market will likely lose some momentum this year, we’re a long way from the kind of unemployment spike that would trigger a surge in mortgage defaults.

The stress-test was originally launched when rates were near record lows. It was designed to ensure that anyone starting out with an ultra-low mortgage rate could afford a higher rate in future.

Now that mortgage rates have risen back to near their twenty-year averages, the need to protect against that risk has significantly diminished. That has created some hope that our regulator might reduce the stress-test rate or rescind it altogether (which would increase everyone’s affordability by about 20%).

I don’t see our banking regulator giving housing demand a massive boost at a time when we need less demand to help reduce inflation. At some point in the future, if inflation is back under control and our prevailing borrowing rates aren’t stimulating enough housing demand, it may play that card. But not in 2023.

(Since our banking regulator won’t be busy doing that, here’s hoping that it removes the anti-competitive requirement that borrowers must pass the stress-test if they want to switch lenders at renewal to access a better rate.)

If you’re in the market for a mortgage and you’re trying to decide between fixed and variable right now, here are the trade offs that you must weigh in our current environment.

If you choose a variable rate today, you’re effectively making the bet that it’s going to take a recession (and not the mild kind) to break inflation’s back and that the BoC will have to drop its rate materially when we get to that point (which I think will be the case).

You will be starting out with a higher rate now on the bet that you will recover that initial premium, and then some, over your full term. (For my part, I still think there is a decent chance that will happen.)

If you opt for a fixed rate today, you’re locking in a lower starting rate and accepting the risk that if may end up being a premium after inflation cools and the BoC starts cutting its policy rate. (Although you won’t be nervously checking the headlines while that plays out, as will your variable-rate counterparts.)

Also, if your fixed-rate mortgage contract comes with fair penalty terms and rates end up dropping by more than expected during your term, there may well be a point when paying a penalty to refinance at a lower rate will still yield a net saving. Be warned that some lenders charge onerously high break penalties that greatly limit the odds that the math will work in your favour (I’m looking at you Big Six Banks!).

The Bottom Line: Government of Canada bond yields have recently jumped around but have been largely range bound thus far in 2023. That could change on Thursday when the latest US CPI data are released because the US inflation headline is currently the most important data point.

Variable mortgage-rate discounts have held steady of late, but the appeal of variable rates has diminished as they become increasingly more expensive than their fixed-rate equivalents. Last week’s employment report has increased bets that the BoC will hike by another 0.25% when it next meets on January 25.