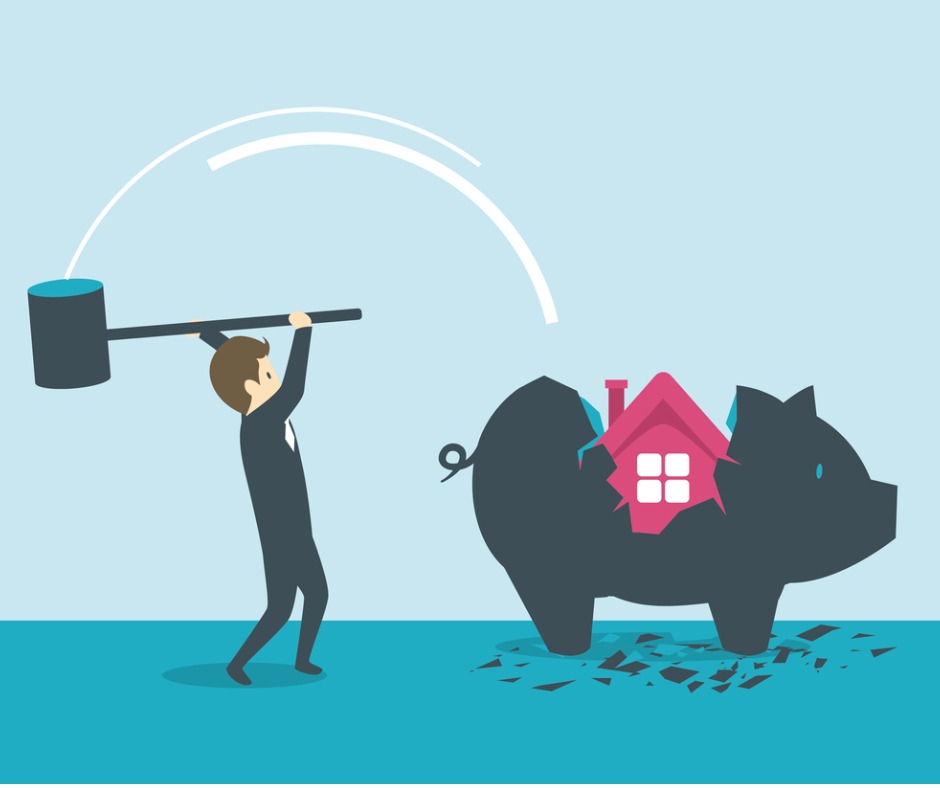 Authorities try to reduce the risk of mortgage borrower distress given potential home price drops - but fail to address one rising risk.

Last week was quiet for mortgage-rate news (whew!), so this week I’ll turn my attention to the latest update from our federal banking regulator, the Office of the Superintendent of Financial Institutions (OSFI).

Last Wednesday, OSFI announced the following changes, which will take effect at the end of 2023:

Here is a breakdown of the coming changes, along with my take on a rising risk that OSFI failed to address.

OSFI has been kicking the tires on HELOC changes for more than a year now, so some sort of tweak was expected.

These types of loans make our regulators nervous for two main reasons:

OSFI currently requires a minimum equity component of 20% for re-advanceable mortgages, but late next year it will increase that buffer to 35% (which also gives us some idea of where they think future prices may be headed).

OSFI is right to be concerned about the increased risk inherent in re-advanceable non-amortizing loans now that interest rates have spiked and the potential for house-price corrections is increasing, but there are also some compelling rebuttals to those concerns.

For example, while our regulators view HELOCs as having elevated potential risk, industry insiders are quick to point out that the vast majority of Canadian home owners have used them only sparingly.

In his recent Globe & Mail article, fellow mortgage broker Rob McLister quoted a Mortgage Professionals Canada stat saying that Canadians only access about 30% of our approved HELOC limits, on average, and only about 6% of all HELOCs are fully advanced.

He noted that only 1 in every 1,000 HELOC borrowers was 90 or more days behind on their payments and that the default rates for HELOCS are about half of those for mortgages. (According to Equifax, the default rate on mortgages across Canada was 0.18% in Q1 2022.)

Those data make HELOCs look far less dangerous than some have purported them to be.

While it is no secret that HELOCs can offer short-term liquidity to homeowners who are experiencing financial difficulties, that flexibility can, and most often does, help them get back on their feet more quickly. That has benefitted our financial system (since in almost all of those cases thus far, there has been no discernable deterioration in mortgage repayments).

Here are some additional details about this coming change:

OSFI also announced that it will cap reverse mortgages at 65% LTV at the end of 2023.

Reverse mortgages are offered to people over the age of 55. The borrowers don’t need to meet any income requirements to qualify, and there are no regular payments required on these loans. (Instead, the interest is added to the mortgage, and the principal balance increases, and compounds, over time.)

The maximum LTVs on reverse mortgages have been quite conservative until recently, with LTVs topping out in the 35% to 40% range. Over most of the past decade, they were offered by only one provider, but two other competitors have recently come on the scene, and that has both lowered the interest rates and raised the maximum LTV levels to almost 60%.

OSFI’s decision to cap reverse mortgages at 65% sets the bar a little above today’s levels (and matches the new equity buffer for HELOCs).

The Important Change That OSFI Missed

I think both changes announced by OSFI were prudent, and it was wise to provide our newly vulnerable real-estate markets with a long warning period before changes are implemented. But while OSFI was nipping and tucking at the margins, it somehow failed to address the most immediate risk in residential mortgage lending today.

The current stress-test rules are pushing the most stretched borrowers into variable-mortgage rates, whether they like it or not.

Today, all OSFI-regulated lenders must qualify borrowers at the greater of the stress-test rate (5.25%) or the contract rate on their mortgage + 2%.

That makes the more conservative option (a fixed rate) much harder to qualify for. Respectfully, that makes no sense.

The current gap between the stress-test rates used to qualify fixed and variable-rate borrowers is pushing the most stretched borrowers into the less predictable option. That is the most significant risk in residential lending right now, and OSFI simply ignored it.

I grant that when the BoC meets on July 13, it will raise five-year variable rates at least another 0.50%, causing the qualifying rate for variable-rate mortgages to finally breach the 5.25% threshold. But even then, the rates used to qualify fixed-rate mortgages will remain higher and will thereby restrict access to the very borrowers who are best suited to that choice.

We are suddenly in a very different rate market, and OSFI could have easily adapted the stress-test requirements to the new conditions.

Alternatively, it could have simply suspended or eliminated the stress test for fixed-rate mortgages. Before we dismiss that thought, let’s remember that fixed rates have now risen substantially above their record lows. Doesn’t that reduce the likelihood that they will surge still higher by their renewal dates?

One way or the other, the stress-test rule should have been changed so that it no longer funnels the most vulnerable borrowers into variable-rate options.

According to an old adage, a banker gives you an umbrella when the sun in shining, and then takes it back as soon as it starts to rain. Our banking regulator sees storm clouds on the horizon and is shortening up on the supply of umbrellas.

But ignoring the stress-test anomaly that is forcing the most leveraged borrowers into mortgages that may be ill-suited to their risk profiles was a glaring omission for an organization charged with “building a foundation of stability regardless of what lies ahead.”

The Bottom Line: The five-year Government of Canada (GoC) bond yield continued to drop last week and is now down nearly 0.50% from its peak two weeks ago. A few lenders made small cuts to their five-year fixed rates at the end of last week, and other lenders will likely follow soon.

Five-year variable-rate discounts off prime held steady last week. The futures market continues to price in a 0.75% hike by the Bank of Canada when it next meets on July 13, but that is not a given at this point. For example, last week we learned that our GDP for May declined by 0.2%. That downside surprise may well portend further slowing ahead and cause the Bank to restrain its rate-hike pace.

How the Latest Employment Data Will Impact Our Mortgage Rates

Here is my take on how US and Canadian employment momentum (or the lack thereof) will impact...
Read More
Safe Investments

Inflation, a Labour Bubble, and Another Fed Rate Hike

In today’s post I focus on three economic signposts and explain how they inform my outlook for...
Read More
Mortgage

Five Thoughts on the Bank of Canada’s Jumbo Rate Hike