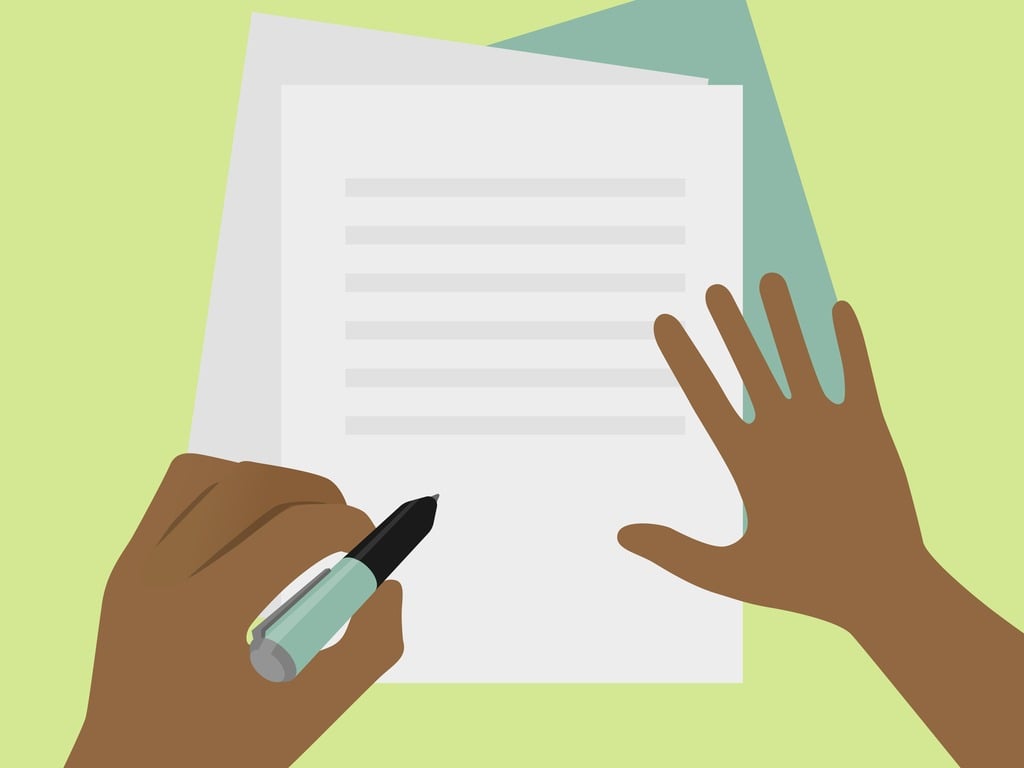 Not All Variable-Rate Mortgage Contracts Are Created Equal

As the variable-rate mortgage wars rage on, savvy borrowers are advised to look carefully at the terms and conditions in their mortgage contract.

In my two most recent posts I made the case for why I think today’s variable mortgage rates will prove cheaper than their fixed-rate equivalents over the next five years, and then I ran three different simulations for variable rates over that period - one where the variable rate saves you money, one where fixed and variable rates break even, and another where the fixed rate wins out.

As the variable-rate mortgage wars rage on, savvy borrowers are well advised to look carefully at the terms and conditions in their mortgage contract because two mortgages with the same headline rate can come with very different associated costs. To help in that regard, today’s post highlights five important questions to ask when evaluating variable-rate mortgage options.

1. What type of variable-rate mortgage is it?

The widely used term “variable-rate mortgage” actually covers two different types of mortgage products. Both have rates that are based on the lender’s prime rate, but they respond differently when that rate changes.

Option #1 – Adjustable-rate mortgage (ARM): If you choose an ARM and the Bank of Canada (BoC) raises its overnight rate by 0.25%, the rate on your ARM will increase from 2.45% to 2.70% and your monthly payment will rise from $1,782 to $1,832. At the same time, the pace at which you are paying down your mortgage remains unchanged.

Option #2 – Variable-rate mortgage (VRM): If you choose a VRM and the Bank of Canada (BoC) hikes its overnight rate by the same 0.25%, the rate on your VRM will also rise from 2.45% to 2.70%, but your monthly payment will stay the same. Instead, the portion of your next mortgage payment that goes towards interest cost will increase and the portion that goes toward principal will decrease. As such, the pace at which you are paying down your mortgage will slow.

To highlight the differences between how an ARM and a VRM will impact your mortgage payment and the amount of principal that you pay off over time with an example, let’s use the scenario outlined above and assume that you start your mortgage on June 1, 2015, and that the BoC raises its overnight rate by 0.25% on December 1 each year over the next five years.

The chart below summarizes how those rate increases will impact both ARM and VRM borrowers:

As you can see, when their rate rises, ARM borrowers have to increase their monthly payments, while VRM borrowers are left with higher balances at renewal.

Note: VRM borrowers have the option of increasing their mortgage payment when their lender’s prime rate rises but they have to call and request the change each time. Also, VRM lenders have clauses in their contracts that stipulate what happens if rates rise to a point where the mortgage payment no longer covers the interest cost. At that point, VRM borrowers are required to either increase their payment (in most cases, dramatically), make a lump-sum payment, or convert to a fixed-rate mortgage.

2. If I have to break my variable-rate mortgage, how is the penalty calculated?

There are a lot of reasons why borrowers have to break their mortgages before they mature and most of them unforeseen at the outset. Lenders will almost always charge a penalty of three months’ interest if you have to break your variable-rate mortgage before the end of your term, but some lenders will use the prime rate (which is 3.45% today) to calculate that penalty while others will use your contract rate (which is 2.45% today).

Here is a chart that compares the difference in cost between those two rates: 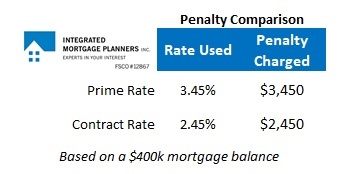 3. Is my mortgage interest compounded semi-annually or monthly?

If your mortgage is compounded monthly, you pay more interest. Granted, at today’s rates the difference is small, but given the choice, wouldn’t you rather keep that money in your wallet than pay it to your lender?

What rate will my lender offer if I want convert to a fixed-rate mortgage?

Variable-rate borrowers can convert to a fixed-rate with a term that is equal to or greater than the time remaining on their current mortgage, at no cost. That said, there can be a significant difference in the conversion rates that are offered.

Lenders don’t explicitly advertise the rates that they offer on conversion, so it is tough to compare them. But borrowers can take some comfort knowing that if lenders get too greedy with the conversion rate offered, the relatively manageable cost to break the mortgage and take a better deal elsewhere gives them some leverage during that discussion. (Although as per point #2, some penalties create more leverage than others.)

4. Will my mortgage be registered on title as a standard charge or as a collateral charge? And why does this matter?

While there are times when a collateral mortgage is unavoidable, such as when you are including a home-equity line-of-credit (HELOC) with your mortgage, or advisable, such as when you anticipate the need for a mid-term refinance, in most cases, it simply adds cost if you want to leave for a more competitive rate at renewal.

In this detailed post, I pose a simple question: if the threat of switching lenders is your best way to negotiate a fair deal at renewal, what happens to your leverage when the lenders neutralizes that threat by making it far more expensive to leave than to stay?

I continue to believe that the five-year variable rate will save money versus the five-year fixed rate in the current enviroment, although this option is only appropriate for borrowers who are comfortable taking on variable-rate risk.

Borrowers who do opt for a variable rate are well advised to inquire about the terms and condition listed above before they sign on the dotted line. As always, forewarned is forearmed.

David Larock is an independent mortgage broker and industry insider specializing in helping clients purchase, refinance or renew their mortgages. David's posts appear on Mondays on this blog, Move Smartly, and on blog, Integrated Mortgage Planners.