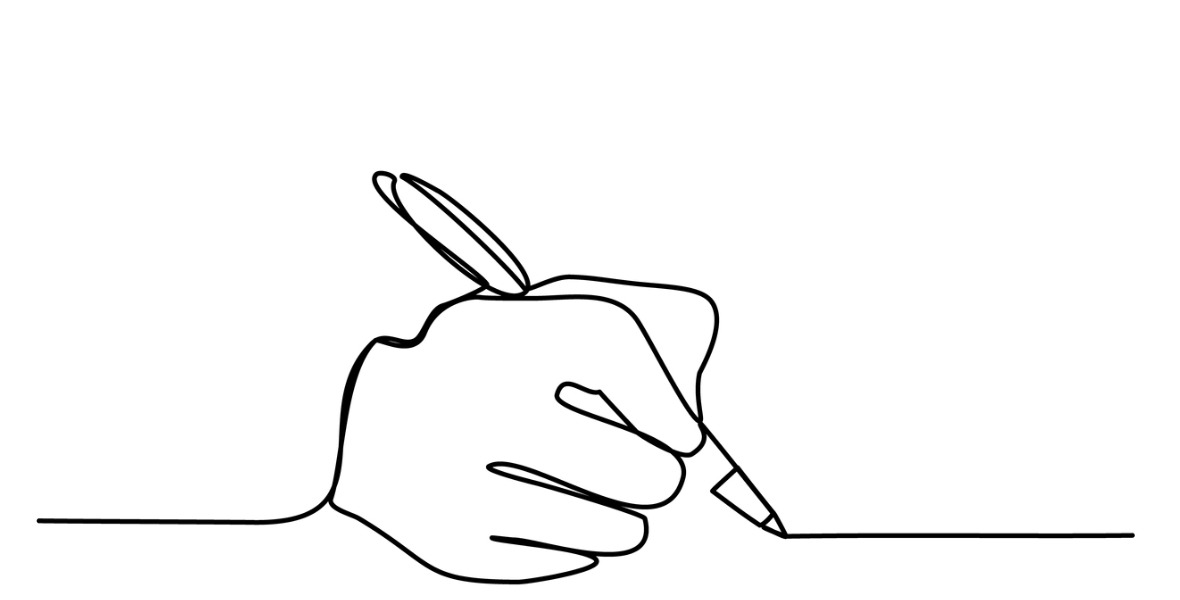 Let’s try something different this week.

Instead of reporting on rate hikes and soaring bond yields, let’s imagine that Bank of Canada (BoC) Governor Macklem and US Federal Reserve Chair Jerome Powell decided to sit down to write an unvarnished, no holds barred op-ed offering their candid assessments of the current economic situation, what they plan to do about runaway inflation, and how they think it will all play out.

Here is what I think they would write …

As most of you are now aware, we have currently lost control of inflation.

We can’t come right out and say that because doing so could cause financial panic, but we now
have about as much control over today’s price rises as a cowboy has over a bucking bronco.
Before we tell you what we’re going to do to try to fix that, we’d like to explain how we got to
this point, and reassure everyone that it was with the best of intentions.

The pandemic, and the lockdowns that ensued, started by dealing deflationary shocks to our
economies that brought back memories of the Great Depression, so our first instincts were to
do everything possible to avoid a repeat of that outcome. One of the key learnings that central
bankers took from the Great Depression was that a more rapid and forceful monetary-policy
response would have helped to reduce the length and severity of that downturn, and we were
determined to avoid making that same mistake again.

Our first moves were to ensure that financial markets didn’t seize up. We enacted a series of
steps to ensure that liquidity was maintained, and we slashed our policy rates to the floor to try
to encourage consumers, businesses, and governments to keep borrowing and spending.
After the initial shock passed, we were reluctant to raise rates until signs of recovery were
firmly entrenched, but that time was difficult to identify because the pandemic arrived in
different waves, and the reintroduction of lockdowns was a constant threat. Also, our
employment recoveries were uneven, so the signals were hard to read.

In retrospect, when we saw the massive amounts of fiscal stimulus that our governments were
helicoptering directly into consumers’ bank accounts, we should have started to normalize
interest rates and rein in our quantitative easing programs. That was the point when we should have seen that, as US Fed Chair Arthur Burns once observed, “the willingness of government to
levy taxes [would fall] distinctly short of its propensity to spend”.

Again, though, we were determined that history would not judge that we hadn’t done enough,
and our decision to err on the side of over-stimulation was best explained by Stephen Poloz,
the former Governor of the Bank of Canada who said at the time that “a firefighter has never
been criticized for using too much water”.

Upon closer examination, that claim is probably not true.

Perhaps the Bank should have realized that the water used to put out a house fire can actually
cause more damage than the fire itself, including mold, which is incipient and can linger for
years afterwards - much like the inflationary pressures that we triggered by our leaving
monetary policy too loose for too long.

When prices first started to rise, it was mostly in goods.

Consumer spending had been super-charged by all of that helicopter money, and at the same
time, global supply chains were seizing up. If you wanted a Peloton bike for an at home
workout, it was going to take a long time to arrive and you were going to have to pay more for
it – perhaps a lot more. But you could also forgo the equipment and go for a run instead, so in
that way, much of the inflationary pressure we saw early in the pandemic could be avoided.
As lockdowns began to end in North America, it looked as though the worst was behind us.
Supply chains started opening and goods started to move again. But we rely on China for much
of what we buy, and the pandemic is still in full swing in that country.

China rejected western vaccines in favour of its own, locally produced versions. But they have
proven much less effective, and, not coincidentally, the vaccination rate in China has lagged,
especially among the older Chinese who are naturally at higher-risk. That has made China more
susceptible to outbreaks, and the Chinese government continues to enforce a “zero-COVID”
strategy that requires maximum suppression in affected areas. This approach has led to a
steady string of rolling lockdowns across the country, most notably in Shanghai, a city of 28
million, and may come to include Beijing in the near future.

We probably could have managed through the supply disruptions tied to China, and a bad run
of droughts that are driving up global food prices, but then Russia invaded Ukraine. When that
happened, energy and food prices went through the roof, and any hope we had about slowly
normalizing our monetary policies went out the window.

Although we hate to admit this, at this point our biggest fear is that you lose faith in our ability
to get inflation back under control.

If this happens, you’ll accelerate your purchase plans to avoid higher prices in future, and that
accelerated demand will push prices higher still. Worse, if you think higher prices aren’t going
away, you’re going to demand higher wages from your employers to preserve your purchasing
power, which today’s inflation is rapidly eroding.

Thus far, despite countless anecdotes to the contrary, the data do not yet reveal dramatic wage
growth. But measured wage growth is a lagging indicator – and with more job postings than
employees to fill them at the moment, the conditions are ripe for wages to break out. If they
do, rising labour costs will lead to more price increases, and we could end up with a wage/price
spiral like we saw in the 1970’s, when inflation hit 15%.

Speaking of the 70’s, the central banker who broke inflation’s back during that period was US
Fed Chair Paul Volcker, and he’s someone we’ve been referring to a lot lately. Volcker used
aggressive rate hikes to sharply slow economic activity, but at the cost of two recessions, one of
which lasted for eighteen months, and only after he took the Fed’s policy rate from 13% to
20%.

We’re in a different time now, and as such, direct comparisons tend to fall apart upon closer
examination, but while history doesn’t usually repeat, it often rhymes, and we certainly need
higher rates now to bring inflation under control.

We thought a series of .50% rate hikes to get our policy rates back to the neutral-rate range
would do the trick. (As a reminder, neutral rates neither stimulate nor constrict economic
growth, and we currently peg our neutral rate range between 2% and 3%.) But the situation is
so urgent now that 0.75% hikes are needed in the US, and may also be needed in Canada.

If inflation doesn’t start to decline quickly, we are also prepared to keep raising our policy rates
from their 1.5% level today to above 3%. Much of our current inflationary pressures are beyond
our control, and that means that we will need to hammer the most interest-rate sensitive
segments of our economies to produce the required material impact on overall inflation.

Also, the impact from rate hikes occur with a lag of up to eighteen months, so while we’re
hitting the brakes hard now and erring on the high side, we won’t find out until some time in
2024 how we did. Managing interest rates is like steering a cargo ship. You have to plan your
moves well in advance.

We know that’s not good news for real estate, and if you have been listening, we’ve given
guidance about what’s ahead for that sector. We also believe that some moderation in house
prices would be a healthy development for affordability.

The reality is, if we are to be true to our primary mandate to control inflation, we can’t avoid
economic pain at this point, and we believe that the pain caused by rate hikes will not last as long as the pain of uncontrolled inflation. If past is prologue, and given the challenges of delayed responses to rate hikes, we may well have to drive our economies into recession.

In fact, given the speed and severity of our current tightening, a sharp slowdown is pretty much
a sure thing. We’re slashing our growth forecasts and increasing our rate-hike forecasts to
prepare the public for that outcome – but we’re reluctant to openly use the “R” word because
our comments move markets, and we fear that forecasting an outright recession might speak it
into existence.

We are also hiking rates early in the current recovery, while we are still experiencing economic
shocks from the pandemic and Russia’s war. Normally, we would start tightening policy in the
latter stages of a cycle when growth is robust and stock markets are strong. This is the first time
in modern history that we’re hiking during rapidly falling markets and slowing economic
momentum. The timing isn’t ideal, but again, we now admit that we left rates too low for too
long and have to, play catch-up. We have to try to put the toothpaste back in the tube.
If we do end up causing a recession, we’ll deal with that later, but for now it’ full steam ahead
for rate hikes until we see clear signs of the decline in inflation that we are looking for.
Apologies in advance for any and all collateral damage … because we’re pretty sure there is
going to be some.

Dave here. I’m back with simple advice for anyone in the market for a mortgage today.
If you think the BoC and the Fed are going to cause a recession and have to backtrack (which is
still my view), a variable-rate mortgage that starts at about 2% below its fixed-rate equivalent
still has a good chance of saving money over the next five years. But only if you can stomach
the steady string of rate hikes that still lie ahead.

If you prefer knowing that your rate is fixed, I think locking in a five-year fixed rate today during
their biggest spike in forty years could well prove unnecessarily expensive over your full term.
You can instead choose to mitigate that much higher potential cost by opting for a shorter
fixed-rate term, or, at the very least, by borrowing from a lender who won’t charge onerous
penalties if rates drop and you want to refinance to take advantage.