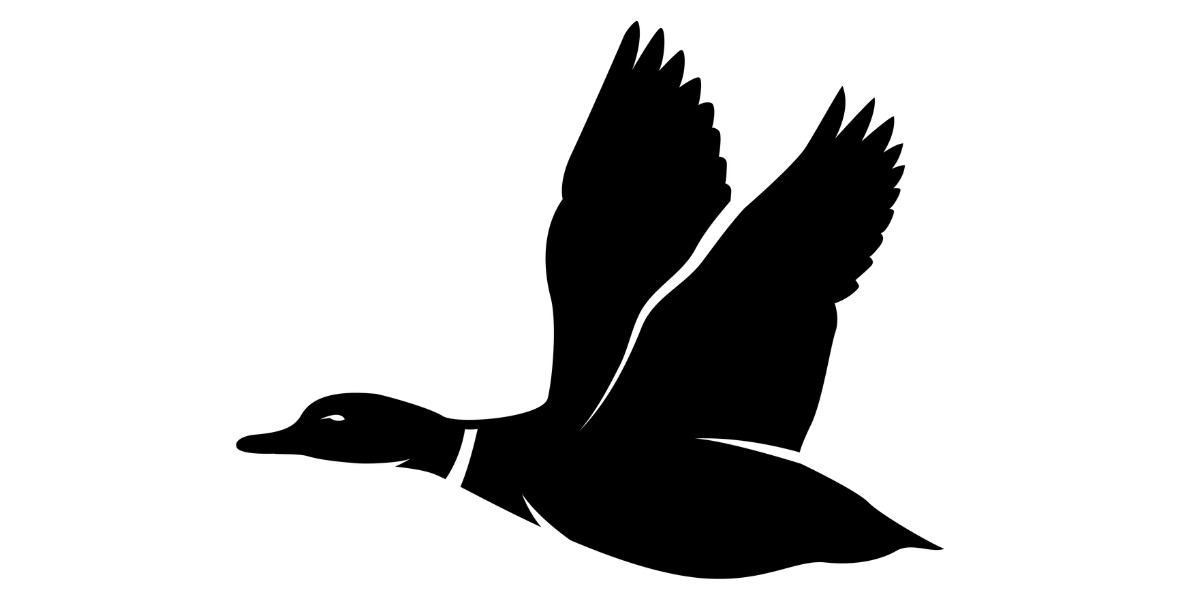 Today, approximately one-quarter of the global bond market trades at a negative yield. (When a bond has a negative yield, it means that investors will end up with less than they started with by the end of the term, effectively paying the borrower to store their money.)

Short-term rates have also fallen. Economist David Rosenberg calculates that the world’s central banks have now cut a total of 2,200 basis points off of their policy rates thus far in 2019 - and I don’t have to remind any Canadian with a variable-rate mortgage that thus far, the Bank of Canada (BoC) isn’t included in that group.

The BoC has argued that its job is to maintain price stability by keeping inflation near to its 2% target, and it has done an excellent job of doing that. But the Bank must also anticipate how the road ahead will impact inflation, because its actions (and inaction) create impacts that are both slow to accrue and take time to reverse.

The Loonie provides a good example of a slow-to-develop impact in our current context (as it did back in 2017, when I wrote a similar post to this one).

The BoC now has the highest monetary policy rate in the G7 and that has pushed the Loonie steadily higher against a basket of other currencies.

Let’s start with a look at how the Loonie has fluctuated in value against the Greenback thus far in 2019:

The Loonie’s appreciation is not surprising when you consider that the U.S. Federal Reserve has cut its policy rate by 0.75% thus far in 2019.

The Canada/U.S. exchange rate is the most important one for Canadians because we sell about 75% of our exports into U.S. markets, but we also compete with other countries for U.S. export demand, and the Loonie’s movement against those currencies also impacts our export momentum.

Here is a chart showing our top five exports and a ranking of the five countries who also currently sell most of these goods and materials into U.S. markets.

Let’s now look at how the Loonie has fared against the four highlighted countries in the chart:

The Loonie hasn’t moved too much against the Peso thus far, but Mexico just dropped its policy rate by another 0.25% last week, its third cut in a row, and it also lowered its inflation and growth forecasts for this year and next. So, the red line in the chart above could (and likely will) look more like the others in the near future.

Now here is the most important chart in today’s post. It shows a monthly breakdown of our export sales growth on a year-over-year basis thus far in 2019. 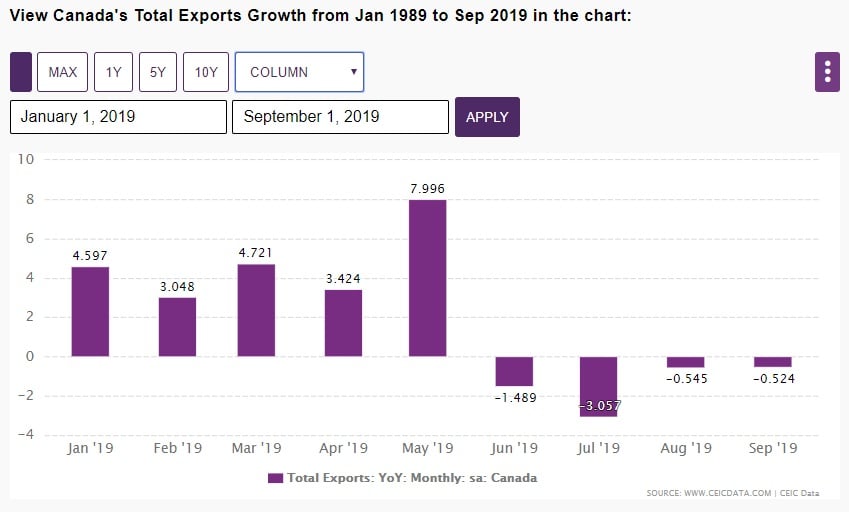 Not surprisingly, the Loonie’s steady rise has corresponded with declining export sales.

To be clear, the lofty Loonie isn’t our exporter’s only headwind, but it is a significant one which the BoC can help alleviate by cutting its policy rate. And given that a rate cut’s stimulative impact takes time to accrue and that our export sales are already in a clear downward trend, there is increased urgency for the BoC to drop sooner rather than later.

The Bottom Line: It is becoming increasingly apparent that a broad swath of central banks around the world are in a race to cut their policy rates in an attempt to devalue their currencies, and in so doing, steal some much-needed economic momentum from other countries by increasing their export sales. It’s time for the BoC to put on its running shoes.