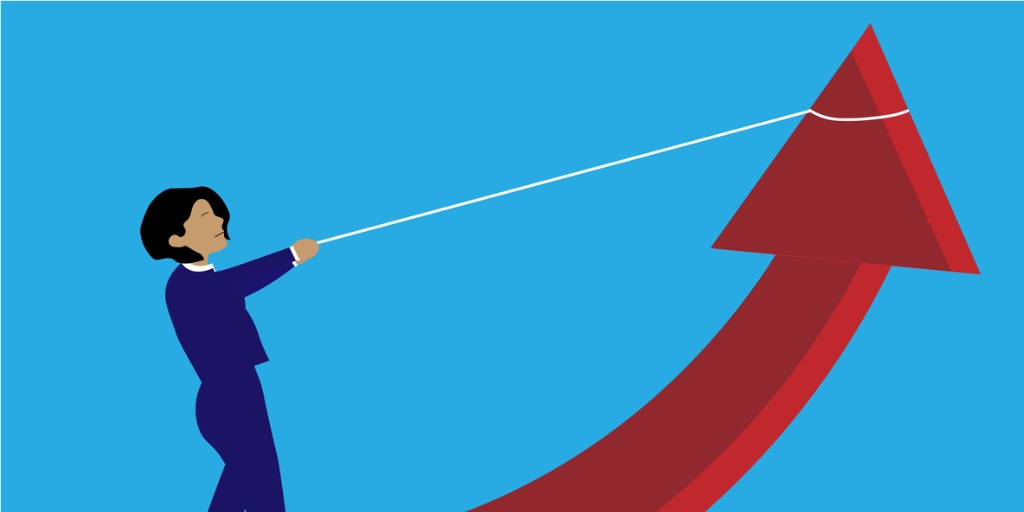 All eyes will be on the Bank of Canada (BoC) when it meets this week.

The Bank is expected to hike its policy rate by between 0.50% and 0.75%, and variable mortgage rates will be raised by the same amount shortly thereafter.

Our fixed mortgage rates, which move in the same direction as Government of Canada (GoC) bond yields, won’t be directly affected by the BoC’s policy-rate change, but they could be indirectly impacted if the Bank’s accompanying statement has a tone that is different from what is anticipated.

The market expects the Bank to signal that it will pause after this next raise to allow time to assess the impact of the hikes it has already made – and that belief was bolstered last week when our second quarter GDP growth came in at 3.3%, well below the BoC forecast of 4.0%.

The more severely the Bank tightens over the short term, the more compelling the case for a pause becomes. This is especially true now, when a confluence of three factors is magnifying the impact of each incremental BoC hike:

We have record amounts of the stuff this time around.

Early on, when fixed and variable rates stood at or below 2%, rate rises hit borrowers in the wallet but didn’t impact their borrowing capacities because the same stress-test rate, which stood at 5.25%, was used to qualify borrowers. But then, as inflation continued to rise and central bankers conceded that more aggressive rate hikes would be needed, fixed rates took off. When they rose above 3.25%, so too did the qualifying rates associated with those rates (because borrowers are qualified using the greater of the stress-test rate or the contract rate on the mortgage + 2%).

That ushered in a period when borrowers who wanted five-year fixed rates had to qualify at rates as high at 7.5%, but borrowers who opted for variable rates could still be qualified at 5.25% (because variable rates were still under 3.25%, which meant that the stress-test rate was still higher than the contract rate + 2%).

This exposed a serious flaw in the way our regulators designed the stress-test (which I wrote about here) because it forced the most stretched borrowers away from fixed rates toward more volatile variable rates. It also meant that rising rates were not yet reducing the maximum amounts that borrowers could qualify for (they could still qualify at 5.25%, but only by choosing a variable rate).

That changed on July 13 when the BoC raised its policy rate by 1.00%. After that, almost every borrower’s contract rate + 2% exceeded the stress-test rate of 5.25%. That meant that for this first time in this cycle, the BoC’s rate hike increased borrowing costs and reduced mortgage-borrowing capacity.

Every additional hike from here on will have the same magnified impact.

There is one more wrinkle that the next BoC hike will add to the tightening mix.

In addition to raising variable-rate borrowing costs and reducing capacity, the Bank’s next hike will cause many variable-rate mortgages to hit their trigger rates, for the first time in a very long while. About 80% of our outstanding variable-rate mortgages come with fixed payments that don’t move in response to the BoC’s policy-rate rises. Instead, the amount of the regularly scheduled payment that goes towards principal and interest is adjusted so that the pace of repayment slows, and the amortization period of the mortgage is extended.

If at any point the fixed payment on a variable-rate mortgage no longer covers the basic interest cost, referred to as its trigger point, the payment is then adjusted to today’s much higher current interest rates – at least in theory.

Some of the banks are more lenient if there is enough equity in the property, and their management teams don’t sound too worried about it overall. But if the BoC hikes by 0.75% this Wednesday, many borrowers who originally secured a variable rate in the 1% range will hit their trigger rates. That will create a payment shock for at least some number of variable-rate borrowers, and that number will grow with each additional hike.

The steady ratcheting up of impacts associated with each incremental BoC rate hike argues for increased caution, but the Bank must walk a fine line because it is committed to taming runaway inflation – torpedoes be damned.

For now, I expect the BoC to justify its latest hike as necessary under the circumstances and to argue that our economy will be strong enough to withstand it (which is a case that is becoming increasingly difficult to make). But if the bond market doesn’t get the dovish BoC tilt that it is hoping for (and I don’t think it will), GoC bond yields and, by association, our fixed mortgage rates could be pushed higher over the near term.

The Bottom Line: I think the BoC will sound more hawkish on Wednesday than the consensus expects, and if I’m right, that will put some upward pressure on our five-year fixed mortgage rates over the near term.

Variable mortgage rates will, as usual, move in lockstep with the BoC’s coming policy-rate increase on Wednesday. The market is forecasting between 0.50% and 0.75%, and I’ll take the high side of that bet.