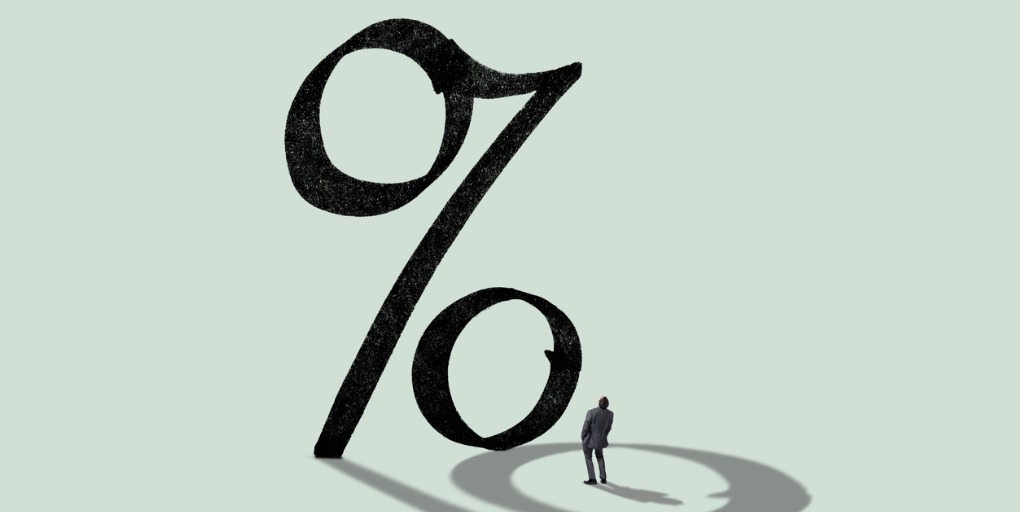 Last week was an eventful one for anyone keeping an eye on Canadian mortgage rates.

The US Federal Reserve announced another jumbo-sized rate hike, Statistics Canada released a blockbuster jobs report, and we saw a significant bond-yield rally replaced with a sharp sell-off.

Here is my take on those developments, along with a warning that we may be about to underestimate the stickiness of our current inflation pressures.

The US Federal Reserve Hike

The Fed enacted its fourth consecutive 0.75% hike at its meeting last Wednesday, and that means that its current tightening cycle is now its sharpest on record. The Fed also reiterated that it would continue to reduce the size of its balance sheet by allowing its maturing Treasury bonds to roll back into the secondary market (which increases their supply and exerts upward pressure on bond yields). In its formal policy statement, the Fed noted that inflation “remains elevated”, reiterated that it will continue to be “highly attentive to inflation risks”, and warned that “ongoing increases in the target range will be appropriate”. It also included more dovish language about the pace of future hikes, saying that “the Committee will take into account the cumulative tightening of monetary policy, the lags with which monetary policy affects economic activity and inflation, and economic and financial developments.”

It would be reasonable to infer from the Fed’s policy statement that it intended to slow its tightening soon to allow time to observe the impact of the hikes already made. It did not signal a pivot per se but did hint that a pause may be coming, similar to what the Bank of Canada (BoC) said in its most recent statement.

But then Fed Chair Powell stepped up to the microphone for his press conference and offered a decidedly different assessment. He warned that “it is very premature to be thinking about pausing … we think we have a ways to go … we may ultimately move to higher levels than we thought at the September meeting.” Powell’s message contradicted the official Fed statement, and as US financial analyst Jared Dillon put it, it was as though he had decided to go off script and throw down some slam poetry instead of using his prepared remarks.

Financial markets sold off sharply before he had even finished speaking, and the bond-futures
market raised its expected Fed policy-rate peak to 5.2%. (For reference, the last time the Fed funds rate reached that high was in 2007, and that level both hastened the arrival of the Great Recession and burst the US housing bubble.)

The Fed funds rate is now 0.25% above the BoC’s policy rate and, as mentioned in last week’s post, the Loonie will weaken against the Greenback if and when the gap between our policy rates widens further. That will raise the cost of imports from our largest trading partner, further stoking our inflationary pressures.

Last week we learned that the Canadian economy added 108,000 new jobs in October, which was more than ten times higher than the consensus forecast of 10,000.  Most of the increase was centred in full-time positions in the private sector, marking that sector’s first gains since March. Total hours worked also increased by 0.7%, and the average hourly wage increase rose from 5.2% in September to 5.6% in October on a year-over-year
basis.

Our bond yields surged higher in response to this upside surprise, and the futures market raised the odds of a 0.50% BoC hike at its next meeting in December to roughly 65%. The BoC has warned that it must use rate hikes to cool our overheated economy, and although there had been a growing belief that we had neared the point where enough had been done, robust employment demand and a further acceleration in average wages call that assumption into question.

Inflation Is Proving to Be an Unruly Beast

While it appears that headline inflation has now peaked on both sides of the 49th parallel, I think the consensus is underestimating how sticky it will be on the way down. That is an important point to note for anyone who is holding out hope that mortgage rates will soon drop materially. After reading the BoC and Fed policy statements and listening to their accompanying press conferences, it would be easy to form the impression that while inflation is elevated, our central bankers have the situation under control and that we need only allow time for their finely calibrated monetary-policy tools to restore price stability.

That belief will be bolstered in the coming months by favourable “base effects”, which I wrote about in this recent post. To recap, our Consumer Price Indices (CPI) comprise average price points over the most recent twelve months, and they move higher when the most recent rate of price growth is higher than it was a year prior. That means the CPI indices are affected by both the current rate of price growth and by the base rate a year prior (which causes the “base effect”). We now are entering a period where the sharp price increases that occurred last year will raise the base rate. Those higher points of comparison will almost certainly cause our CPI measures to fall slowly but steadily for the next several months. As that happens, it could, and likely will, create the misleading impression that inflation will soon be brought under control.

It is one thing to see inflation falling from its peak of 8%+, but quite another to see it drop within the ranges where the BoC and the Fed believe they have the option of easing monetary policy and providing borrowers with some rate relief. For example, our overall CPI is unlikely to fall much below our average rate of wage growth, which is currently at 5.6%, given that labour is the most significant cost for almost every business. That’s why the BoC has repeatedly cited our overheated labour market among its chief concerns, has advised business not to factor today’s elevated inflation readings into their wage-setting planning, and has repeatedly warned that it must cause economic pain as it brings inflation to heel.

While wage growth is surging, average wages are still not keeping pace with price increases. As a result, organized labour is now demanding large pay increases to catch up to previous and current price increases and threatening strike actions if their demands aren’t met (Ontario education workers and Go Transit employees are two current examples of this). These new union contracts will then become the baseline for other labour negotiations that will cement higher labour costs.

Simply put, increased labour costs will put a floor under how low inflation can go. The current rate of wage increases leads me to conclude that both the BoC and the Fed will need to hike by more than previously believed and that it will take longer than the market currently expects for inflation to return close to its target band of 1% to 3%.

If you are in the market for a mortgage today, here are the trade offs to be evaluated. If you choose a five-year variable rate, it is increasingly likely that, over the near term, you will see your rate rise further above most of today’s fixed-rate options. At some point, these numerous rate hikes will inflict the necessary pain to sufficiently cool inflation, but I continue to expect that will result in a recession that will lead to rate cuts on the other side. When those occur, variable-rate borrowers will be the first to benefit.

Five years should be long enough for the BoC to start cutting rates before the end of your term, and you would then realize a saving that would have the potential to more than compensate you for the excess interest cost incurred over the near term. But bluntly put, because there are so many moving parts, I cannot be confident about the timing of how that will play out at this point.

Shorter-term fixed rate mortgages of two to three years provide more security than a variable rate and offer the opportunity to reset your rate sooner than longer-term fixed rate options would allow. But they come with the risk that your renewal date arrives before rates turn the other way.

Five-year fixed rates are now among the cheapest of the options available, and for some, locking in a small amount of definite saving today will be worth forgoing the opportunity for more potential saving down the road.

Reminder: Anyone considering a five-year fixed rate can preserve at least some flexibility by paying close attention to the prepayment penalties, which can vary significantly and are usually described in the small print of their mortgage contract.

The Bottom Line: Five-year Government of Canada bond yields started the week at 3.41%, but after Fed Chair Powell’s podium ad lib, they surged higher in sympathy with their US equivalents before finishing the week back at 3.70%.

Some lenders did lower their five-year fixed rates earlier in the week, but those cuts won’t last much longer if bond yields resume their seemingly inexorable rise.

Five-year variable rate discounts held steady last week as the futures market increased its bet that the BoC will raise by 0.50% at its next meeting on December 7.