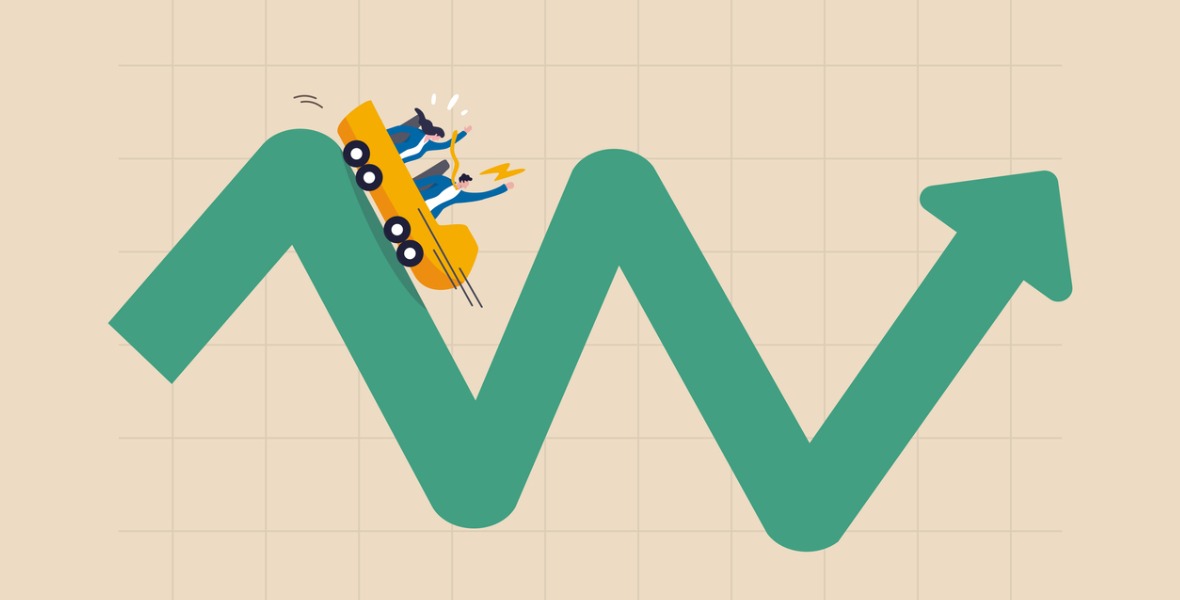 Last week we received the latest US and Canadian employment reports, for May, and once again, both fell short of expectations.

If you’re wondering how these results might impact Canadian mortgage rates, I continue to expect that the US employment data will matter more than the Canadian data over the near term.

That’s because the Bank of Canada (BoC) will be unlikely to hike its policy rate ahead of the US Federal Reserve (as I explained in this recent post).

Long story short, if the BoC moves first, it will push the Loonie higher against the Greenback and significantly inhibit the export-led recovery that the Bank is counting on. Also, the US economy is farther along in its reopening phase, so developments south of the border offer insight into how our economy will likely respond when our lockdowns finally abate.

The Latest US Employment Data

The US economy added an estimated 559,000 new jobs last month. That was fewer than the 675,000 jobs the consensus expected and leaves the overall US labour market still about 7.5 million jobs short of its pre-pandemic total. The US unemployment rate fell from 6.1% to 5.8% in May.

The US participation rate, a broader measure that captures both the percentage of all adult Americans who are working and those who are actively looking for work, fell from 61.7% to 61.6%, and is now about 2 million workers below its pre-pandemic level.

The US Federal Reserve has firmly maintained that it will not raise its policy rate until US employment has fully recovered to its pre-pandemic levels. For reference, US unemployment was 3.5% last February, and the US participation was 62.6%. It will take approximately 10 million new jobs to fill that gap.

Average US hourly earnings rose by 0.50% on a month-over-month basis in May, higher than the 0.20% increase the consensus expected, but this upside surprise was skewed by the fact that higher-paying jobs are recovering more quickly than lower-paying jobs.

Somewhat surprisingly, US employers are having difficulty restaffing high-contact low-paying service jobs, despite the fact that there should be plenty of these types of workers available. This disconnect has been attributed to worker concerns about safety, school closures that are preventing some parents, particularly women, from returning to work, and generous short-term unemployment benefits.

Those who warn about rising inflation risks are concerned that some US employers have had to raise wages to attract workers. But others predict that these temporary gaps will be filled when emergency unemployment benefits run out and as life returns to normal. On that note, 25 US state governors have announced that they will end federally sponsored emergency unemployment programs in their states ahead of the federal government’s September deadline.

Over the longer term, questions remain about the number of jobs that have been permanently lost to the pandemic and the time it will take the US economy to create new ones to take their place.

Our economy lost an estimated 68,000 jobs last month, considerably more than the consensus forecast of -22,500.

Our participation rate fell from 64.9% to 64.6% as more Canadians gave up looking for work, either out of discouragement or because they were forced to withdraw themselves to care for dependents.

The Canadian economy has actually recouped a larger proportion of its pandemic job losses than the US economy thus far, but that is primarily because our government stimulus programs have provided companies with generous subsidies to keep employees at least marginally attached to their payrolls.

Lockdowns are still the dominant theme north of the border, where Toronto has now earned the distinction of being the most locked-down major city in North America, and possibly the world (this chart provides an example). 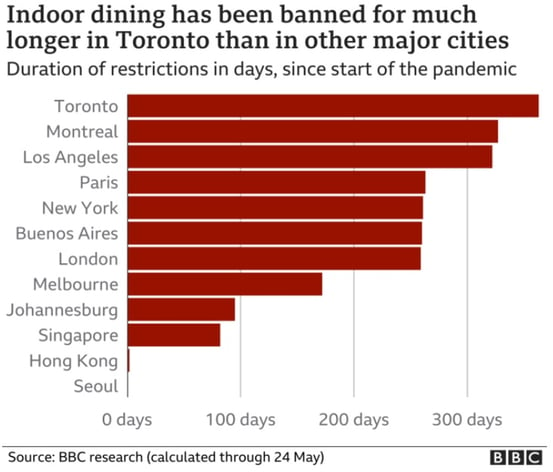 Our mainstream economists have expressed confidence that our economy will rebound quickly when lockdowns are eased because our companies were quick to rehire after the first and second waves. But each successive lockdown increases the potential for permanent economic scarring as more businesses are forced to close for good.

So, what are the implications for Canadian mortgage rates?

While the US economy clearly has more momentum, it also has farther to go to recover its 10 million pandemic-related job losses. Last month’s employment data support the Fed’s prediction that the recovery will take time to unfold. Bond-market investors may also be coming around to that view because US Treasury yields have been range bound since March.

When we hear from the BoC this week, against our current backdrop of lockdowns and job losses, I’d be surprised if it sounds as upbeat as last time even if it remains positive about our vaccine progress.

In a previous post I speculated that the Bank’s decision to move up its rate-hike timetable was motivated by a desire to help cool our housing markets, and the markets have since started to moderate. Over the same period, the BoC’s more hawkish turn has helped add another 4 cents to the already lofty Loonie, intensifying an existing headwind for our exporters.

The combination of those two factors
makes me think that any subtle shift in the Bank’s outlook will be to the dovish side.

The Bottom Line: Another month of weak employment data on both sides of the 49th parallel should help keep a lid on bond yields for a while. I don’t anticipate any material shift from the BoC at its meeting this week and expect any marginal changes to fall on the dovish side.

With that in mind, I expect both our fixed and variable mortgage rates to hold steady over the near term.