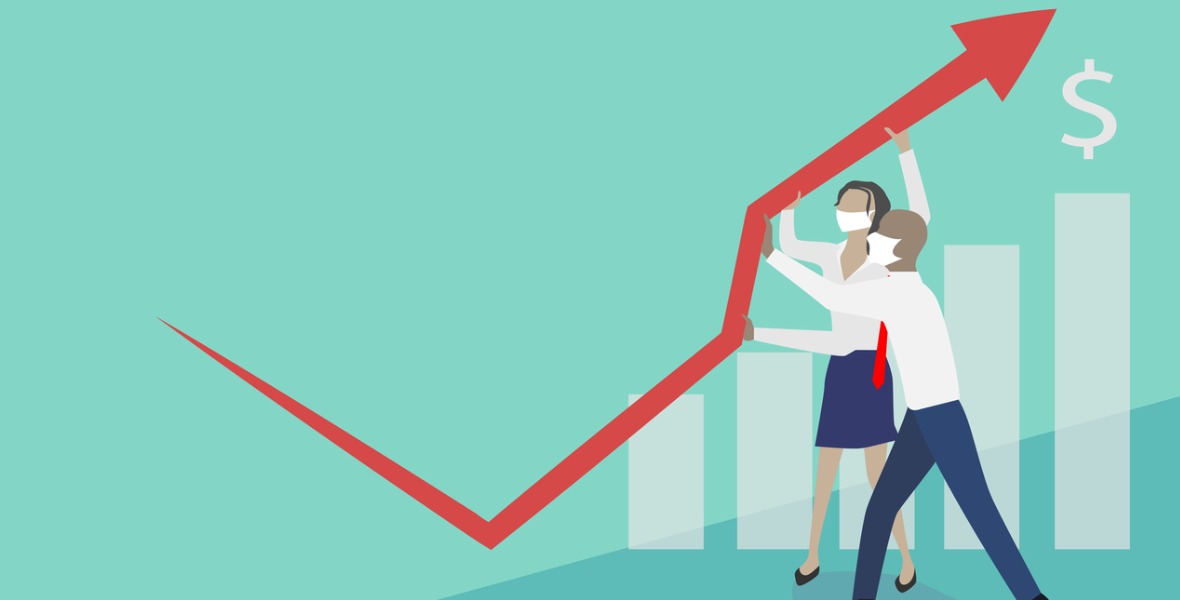 The inflation bogeyman has arrived - but does that mean higher mortgage rates?

Last week we learned that the US Consumer Price Index (CPI) spiked to 4.2% in April, coming in well above the consensus forecast of 3.6% and marking its highest reading since September 2008.

US core inflation, which strips out the more volatile CPI inputs like food and energy, surged to 3.0% in April. That result also far surpassed the consensus forecast of 2.3% and was the highest result since January 1996.

(Statistics Canada will release our April inflation data this Wednesday, but we’re still locked down, so those results are not expected to be as dramatic.)

The US inflation data are relevant to anyone keeping an eye on Canadian mortgage rates for several reasons:

Against that backdrop, it is no surprise that most Canadian mortgage-rate commentators continue to advise variable-rate borrowers to lock in today’s current fixed rates while they still can.

Urging caution at a time of uncertainty is always the safe play. If you’re right, your advice will protect borrowers from sharply higher borrowing costs, and if you’re wrong, you can say that you were recommending a form of insurance that borrowers didn’t end up needing.

But anyone who takes their role as a market commentator seriously owes it to themselves (and their readers) to call the market as they see it. And to that end, I continue to believe that the consensus inflation forecast will prove far too aggressive.

Here are five factors that contribute to this view:

When many people think about how the CPI measures inflation, they assume that it measures price increases month over month, but that isn’t the case.

The CPI index actually compares average prices over the most recent twelve months, and it can therefore also rise when lower prices roll out of its data set on the back end. This phenomenon is referred to as a “base effect” (referring to the base used for comparison) and it is materially impacting the US CPI now.

To cite the most prominent example, US gasoline prices plunged in April and May of 2020 at the outset of the pandemic. Those price points have now aged out of the most recent twelve- month measurement and, as such, have rolled out of the CPI data set. That creates a one-time price normalization that pushes the CPI index higher, but it will not continue to do so on a continuing basis.

The US Bureau of Labour Statistics attributed almost 1% of last month’s 4.2% CPI increase to these base effects.

Some of today’s price spikes are being caused by shipping bottlenecks and supply shortages as economies re-open and global trade recalibrates from pandemic-related shocks.

These challenges will take time to rectify, and they will keep prices elevated for as long as they remain unresolved, but they are again temporary in nature. (Anyone who thinks Canada doesn’t have enough trees to meet North American lumber demand needs to take a drive a couple of hours north of whatever city they live in.)

To cite an obvious example, remember the ship called the Ever Given that blocked the Suez Canal for six days in late March? That blockage is estimated to have cost the global economy $400 million an hour over that time period. The impact from that logistical disruption, while once again only temporary in nature, is also baked into the April price data.

The US economy is experiencing a labour-market conundrum. On the one hand, unemployment remains elevated, and that should portend stable or falling labour costs. But on the other hand, service businesses trying to re-open are reporting difficulty filling their lower-paying ranks (and some are offering higher wages to entice workers back).

This anomaly should once again sort itself out over the near term as schools reopen (and free up parents to return to the work force), as improving vaccination rates reduce the health risks associated with high-contact service work, and as generous emergency stimulus payments from the US federal government expire in September.

Warnings that labour costs are about to skyrocket and trigger a return to 1970s-style inflation are, in my view, spurious. Back then, a large percentage of the workforce had cost-of-living adjustments (COLA) negotiated into their collective-bargaining contracts, and those automatic increases created a wage-price spiral that pushed inflation perpetually higher.

Unions comprise a much smaller portion of the overall labour market today, and COLAs are now much less common. Therefore, if we do get sustainably higher inflation, it will be for reasons that are very different from the ones that caused inflation to spike in the 1970s.

Despite some temporary supply/demand mismatches that have been occurring during the reopening phase, the US and Canadian economies are still running well below their maximum potential capacities.

It will take time for both the US and Canadian economies to absorb that slack, and inflationary pressures aren’t likely to rise broadly as long as that is the case.

President Biden’s $1.9 trillion COVID relief bill passed in both houses of the US Congress, but there are no guarantees that his other spending proposals will do the same.

The market consensus inflation narrative is underpinned by the belief that the US federal government’s spending plans will run amok, but that in turn assumes that Biden’s $2.3 trillion infrastructure and $1.8 trillion child-care packages also pass, and those outcomes are far from certain.

Those bills have less political support and are likely to be significantly watered down before they see the light of day. That reality should temper the belief that rampant US federal stimulus spending will force the Fed off the sidelines prematurely. Also, any infrastructure spending package that does make it through Congress will take years to deploy, and that delay will spread its inflationary impact out over time.

Interestingly, the consensus appears to be coming around to the view that the current inflation spike will ease, and the main point of contention now focuses on whether more lasting inflationary pressures will take root in 2022.

The consensus continues to believe that aggressive stimulus spending combined with the release of pent-up cash on personal balance sheets will cause the US economy to recover quickly and run hot. I subscribe to the counterview that stimulus spending will provide only a short-term sugar high that will quickly fizzle out, and that the recent changes in consumer attitudes will keep savings rates elevated well into the future.

I do hope that I’m wrong. But I just don’t buy into the belief that governments will be able to borrow and spend their way to economic prosperity and produce lasting and rising inflation as we emerge from a global pandemic that just caused the worst economic shock since the Great Depression.

While I well recognize that mine is a minority opinion, I just don’t think it will be long after the pandemic ends before our central bankers replace inflation concerns with worries about deflation, thanks to these three D’s:

Debt – Debt is deflationary, and we have more of it now than ever before.

(If you’ve got a variable-rate mortgage, it is also worth noting that high debt levels magnify the impact of each policy-rate rise and thereby reduce the number of increases needed to bring inflation to heel.)

Digitization – The pandemic has accelerated digitization, which is a term used by the BoC to describe technological advances that automate processes.

Companies have always looked for ways to reduce overhead, and for most of them, labour is their largest single cost. Digitization is great for productivity and that’s why companies like Amazon already employ more robots than human beings. But it also reduces the demand for labour and its total cost over time, and that makes it a significant long-term deflationary force.

Demographics – Aging populations, on balance, have a disinflationary impact, and our population is aging.

Longer life spans are a sign of a prosperous society, but they are also associated with factors like increased tax rates (to pay for rising fiscal outlays) and lower consumption rates.

The US economy is in the midst of its reopening phase, and last week we learned that, as expected, US inflation is now running well above target. The Fed has made it clear that it will look through the current inflation data and maintain its ultra-accommodative monetary policies until the US economic recovery is complete. (Its recent adoption of average-inflation targeting gives it plenty of cover to do this by shifting its focus from individual monthly readings to the average level of inflation over the medium term.)

The market consensus is still betting that inflation will push the Fed off the sidelines sooner than its guidance suggests. They may be right in the end, but for all the reasons outlined above, I continue to believe otherwise.

The Bottom Line: The bond market didn’t over-react to last week’s higher-than-expected US inflation data, and the Government of Canada bond yields that our fixed mortgage rates are priced on remained range bound.

If last week’s US inflation upside surprise didn’t move bond yields, I don’t expect that this week’s less exciting Canadian inflation report will do so either. I therefore expect our five -year fixed and variable mortgage rates to continue to hold steady over the short term.