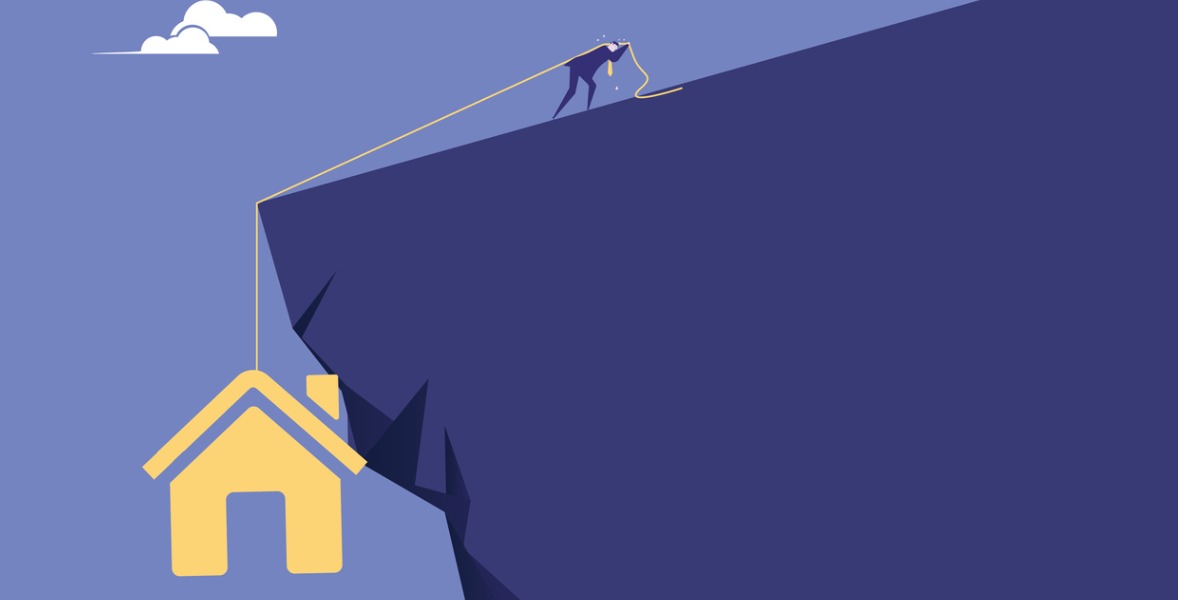 Why Mortgage-Rate Rises Are About to Pack More Punch

Today’s post explains why the most recent round of fixed-rate mortgage hikes will impact the market in new and significant ways.
Five-year fixed mortgage rates continued their dramatic march higher last week with several prominent lenders now raising them up into the 3.5% range.

This latest round of hikes will impact the market in new and significant ways.

Borrowers who are applying at federally regulated lenders (which is most of them) must qualify at the greater of either the current stress-test rate of 5.25% or the contract rate + 2%.

For the past several years, the stress-test rate has been the higher of the two, but when five-year fixed rates rise above 3.25%, the contract rate + 2% becomes the rate used for qualification. (For example, a fixed rate of 3.5% would be qualified using 5.5%.) Going forward, in addition to being more expensive, for the first time in a long while, five-year fixed-rate rises will also reduce maximum loan amounts.

Lenders are now shrinking their prime-rate discounts on their five-year variable rates, but at + 2% those rates still come in well below the current stress-test rate. So now, in addition to being considerably cheaper at the outset, variable-rate mortgages also come with a higher borrowing limit (at least until our banking regulator raises the stress-test rate, which I expect will happen soon).

The recent spike in fixed rates also means that five-year fixed-rate borrowers coming to the end of their existing terms will now face higher rates and payments on renewal, ending a long period when they were the same or lower. For example, five-year fixed-rate borrowers who are facing renewals today were typically paying rates in the mid-2% range, but many will now be renewing in the low to mid 3% range.

Even with the Bank of Canada’s (BoC) first 0.25% hike now on the books, five-year variable rates remain available at about 1.50% below their fixed-rate equivalents, and that gap is about as wide as I can remember over my 20 years in this industry.

That said, variable rates are, without a doubt, headed higher.

The key details that are very much up for debate are how high the BoC’s policy rate will go, how long will it take to peak, and most importantly, what it will average out to over the next five years.

Although variable rates start out with a substantial discount, there is a growing chorus of economists and market watchers who warn that the discount could disappear as soon as the end of this year. They warn that rising inflation will be pushed higher by factors such as soaring energy and food prices tied to Russia’s war with Ukraine, COVID outbreaks in China that will delay the resolution of supply-chain bottlenecks, and rising labour costs, which recent business surveys indicate may be about to break out.

While I acknowledge all these points, I also note that the crystal balls used by the forecasters, who are so confident that every borrower should lock into whatever fixed rate they can get their hands on, are just as murky as those used by everyone else. And at times like this, the contrarian in me comes back to Bob Farrell’s tried and true observation that “When all the experts and forecasts agree – something else is going to happen.”

For example, the consensus forecast assumes that a drawn-out war in Ukraine will cause food and energy prices to remain elevated for an extended period, but if peace comes sooner than expected, as we all hope it will, those prices will likely fall faster than is now expected (along with the risk premiums that are currently pushing up our mortgage rates).

When it comes to the recent COVID outbreaks in China, there is concern that new lockdowns are slowing the normalization of global supply chains. But Chinese lockdowns, while draconian, are typically both short and effective, and our companies have now had time to diversify their supply chains and buffer their inventories. More importantly, there has been some recent speculation that China may finally be pivoting away from its rigid zero-COVID policy. If true, that would significantly reduce the recent outbreak’s impact on global supply chains.

Lastly, while business surveys indicate that employers expect to significantly raise compensation early in 2022, those surveys have been saying the same thing for some time now, and thus far our labour costs have been contained. (For reference, our average wages rose by 3.1% in February on a year-over-year basis.) That’s not to say that there isn’t upward pressure on wages but that the magnitude and permanence of that pressure are still an open question.

There is no doubt that the BoC sees the same inflation pressures and shares the same concerns, and I fully expect that it will continue hiking its policy rate. But I am not convinced that it will hike along the aggressive path that many now forecast.

For starters, the recent bond yield run-up that has driven our fixed mortgage rates higher doesn’t tell us as much about what the BoC will do as we might initially assume. As I explained in this recent post, our bond yields tend to move in lockstep with their US equivalents, and that ties the run-up in our fixed rates more to US economic conditions, where inflation is 7.9% instead of 5.7% here at home.

While the BoC won’t ignore the US backdrop when setting its policy rate, it won’t piggyback on its US counterpart to the same degree as our bond yields, and there are reasonable grounds to expect that the Bank won’t tighten by as much as the Fed. For example, our household debt levels are much higher, and that will magnify the impact of each rate hike in Canada relative to the US.

Also, the recent fixed-rate mortgage-rate spike is impacting consumer demand in much the same way as policy-rate hikes. Because of this, the recent spike is acting as its own form of monetary-policy tightening.

It is also important to note that while everyone is focused on how many BoC rate hikes are coming in the next 12 to 18 months, the bond market is now pricing in a recession about two years hence. That doesn’t guarantee that variable rates will fall if that happens because the BoC would probably keep hiking in a stagflation scenario if it hasn’t brought inflation back to near target. But barring that happening, policy-rate cuts are its typical response to economic slowdowns.

Finally, while it may be hard to imagine a time when we won’t be fixated on COVID and Ukraine, that day will come. When it does, deflationary forces that have been pushing rates down for decades (high debt levels, aging demographics, and technological advances) will reassert their influence. It may take up to two years before the events dominating our headlines today fade into history, but I don’t expect that it will take five.

A final point for anyone deciding whether to lock in a fixed rate now.

If you choose variable, you are accepting the risk that the BoC will hike by more than expected, and that risk is easily understood. But if you choose fixed, you are accepting the risk that you are locking in a temporarily elevated rate at a time when bond yields and risk premiums are spiking in response to factors that will not be around for five years. That risk, although perhaps not as obvious, is also worth weighing.

I’ll close today by putting the fixed/variable debate aside and reiterating some of the standard advice I give to the borrowers I work with:

The Bottom Line: Five-year fixed rates continued to rise last week, and anyone who is likely to need a fixed rate soon should lock in as soon as possible. Variable-rate discounts have also been shrinking of late, and those can also be locked in for 120 days with a pre-approval, so the same advice applies.

The short-term momentum for mortgage rates is pointing up, and that won’t change without a new catalyst that is not readily apparent at this time.

That said, for the reasons outlined above, I believe that, in the years ahead, variable mortgage rates still have significant potential to save money over their fixed-rate equivalents despite the strong consensus that this is no longer the case.