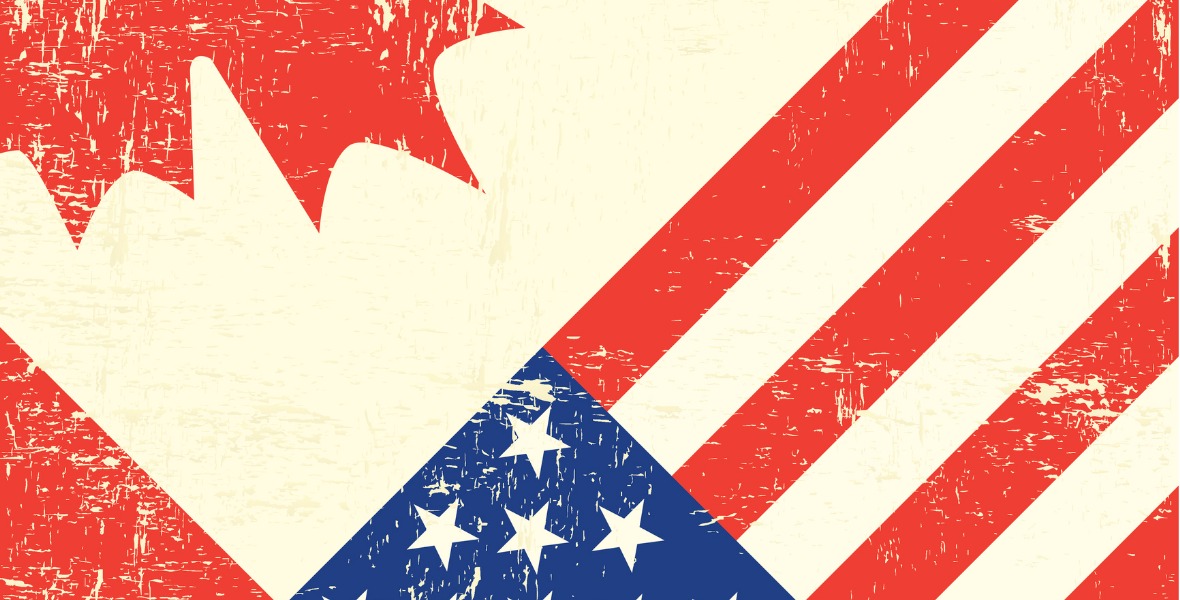 Why the Bank of Canada Will Likely Match the U. S. Fed’s Next Rate Cut

Last Wednesday the U.S. Federal Reserve cut its policy rate by another 0.25%, dropping it down to a range between 2.00% and 1.75%. In its accompanying statement, the Fed conveyed both optimism and caution.

Before we examine the Fed’s latest statement, let’s recap why the Fed’s actions matter to anyone keeping an eye on Canadian mortgage rates.

The Canadian economy is tightly linked to the U.S. economy through trade.

While we are both each other’s largest trading partner, the relationship is far from equal. The U.S. economy is more than ten times the size of ours, and it buys about 70% of our total exports. Conversely, we only purchase about 14% of total U.S. exports.

Our dependent trade relationship with the giant on our southern border means that over time, our economic momentum tends to follow theirs. Bond market investors understand this, and that’s why Government of Canada (GoC) bond yields, which our fixed-rate mortgages are priced on, move in tight correlation with their U.S. equivalents.

The Bank of Canada must also be cognizant of Fed policy changes.

If the gap between our policy rates grows too wide, it impacts our exchange rate, which in turn impacts U.S. demand for our exports (and exports account for about 30% of our economy’s total output). The Bank doesn’t have to match every Fed move, but each successive Fed rate cut ratchets up the pressure for the BoC to lower its overnight rate, which our variable-rate mortgages are priced on, in response.

Meanwhile, the BoC waited until July of 2017 before it began raising its policy rate up from 0.50%. It then hiked a total of five times through the end of 2018, topping out at 1.75%, and it has held steady since then.

The Bank recently argued that it hasn’t needed to match the Fed’s most recent moves because our economic trajectories are converging, with U.S. momentum falling and Canadian momentum rising. The Fed’s policy rate was also higher than the BoC’s overnight rate at the start of its latest rate-cut cycle, but that is no longer the case.

Now that our policy rates are essentially equal, it will be harder for the BoC not to match additional Fed cuts going forward. Consider also that the Fed’s policy rate is based on a median GDP growth forecast of 2.2% for the U.S. economy in 2019, while the BoC is forecasting only 1.3% GDP growth for our economy over the same period. That will make it increasingly difficult for the Bank to argue that its monetary policy should be tighter than the Fed’s, especially given that our overall inflation rates both hover a little below 2%.

With the stage now set, let’s look at the highlights from the Fed’s latest commentary:

The U.S. five-year treasury yield initially surged higher last Wednesday in immediate reaction to the Fed’s latest announcement, but that move was short lived. It subsequently closed lower for the week.

True to form, the GoC five-year bond yield followed suit, but even still, most Canadian lenders bumped their five-year fixed rates up by about 0.10% in a delayed response to the previous run up. (See chart.)

I expect the Fed to continue lowering its policy rate in the near term, barring a surprise resolution to the U.S./China trade conflict, which seems increasingly unlikely to occur before the next U.S. presidential election in 2020.

If I’m right, now that the U.S. and Canadian policy rates are essentially equal, the relative cost of continued inaction by the BoC will increase going forward, and as such, the rate that Canadian variable-rate borrowers have long been waiting for may materialize.

The Bottom Line: Five-year fixed mortgage rates moved a little higher last week in a delayed reaction to the recent run up in the GoC five-year bond yield. But as I predicted in last week’s post, this run up is likely to be short lived. The Fed’s policy-rate cut last Wednesday led to a drop in 5-year U.S. treasuries and our 5-year GoC bond yield quickly followed suit, so momentum has already turned the other way.

Meanwhile, now that the Fed and BoC policy rates are essentially equal, and especially considering that the U.S. economy is growing faster than ours, the BoC will be increasingly compelled to match additional Fed rate cuts going forward. If I’m right, December may finally bring variable-rate borrowers the rate cut they have long awaited.