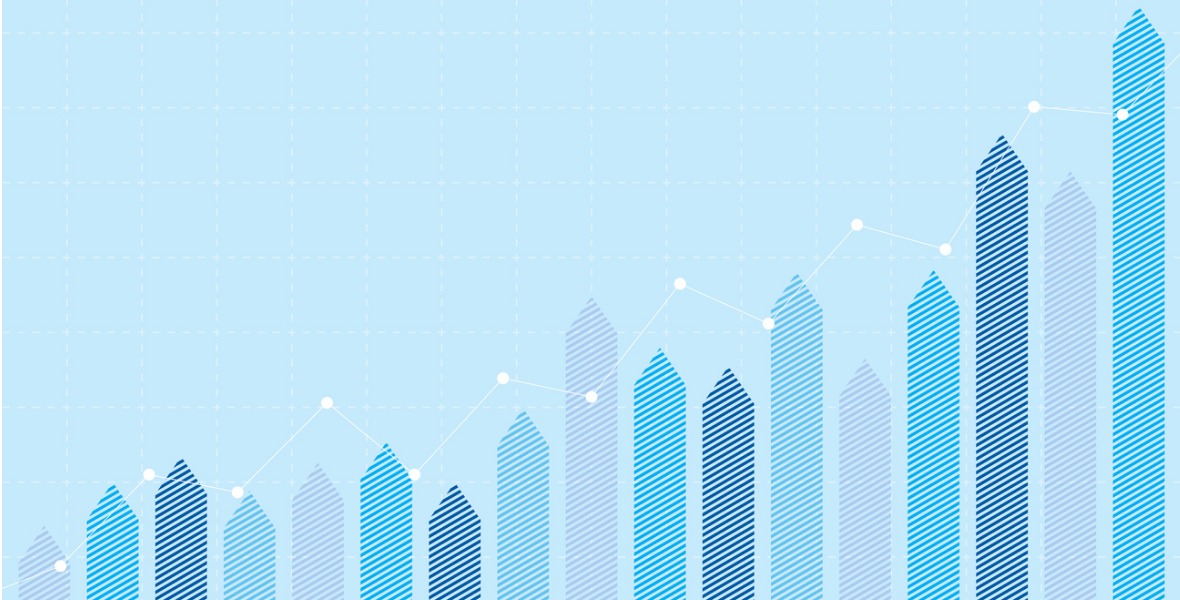 Why Variable-Rate Mortgages Are Becoming More Attractive to Canadians

It’s time for a fresh look at the question every borrower loves to ask: Is now a good time to choose a fixed or variable rate?

Over the past few years my advice has generally favoured five-year fixed over five-year variable rates. Not because I thought that variable rates were going to the moon as some pundits have unendingly warned, but because the gap between fixed and variable rates was small enough that the cost of uncertainty outweighed the potential reward for most borrowers.

Today, the inherent uncertainty in variable rates remains, but its increased potential saving may now be worth the risk. (Five-year variable rates have offered a discount of about 0.50% when compared with their fixed-rate equivalents over the past several years, and that discount has now widened to 0.75% or more.)

My view isn’t based just on the fact that the fixed/variable rate-gap is widening. It is also underpinned by the different ways that the bond market and the Bank of Canada (BoC) are responding to the current rise in inflationary pressures. 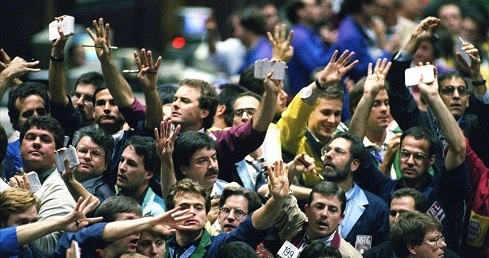 The bond market acts like a giant voting machine where prices are determined by thousands of buy and sell orders, and where investors’ collective knee-jerk reactions can generate enough self-reinforcing momentum to cause yields (and the fixed mortgage rates that are priced on them) to

over-shoot at turning points in the economic cycle. When you lock in a five-year fixed-rate mortgage, your rate is set for the entire term at a specific point, but if that happens to be when the bond market is overshooting, you will be unlucky in your timing.

Conversely, the BoC moves its policy rate (which our variable mortgage rates are priced on) more deliberately, filtering out short-term fluctuations and focusing more on the horizon. If you choose a variable rate, your fate is tied to the BoC’s steadier hand and the specific timing of when you borrow the money is less important because your interest cost will fluctuate based on the Bank’s policy-rate decisions over five years. So while variable rates will inevitably move higher if we are now in a longer-term rising rate environment, they should also be less susceptible to short-term volatility if rates prove to be more range bound over the longer term (which I think will be the case).

In today’s context, if our economy’s current inflationary pressures continue to build, opting for a variable-rate now may well prove more expensive. But if these inflationary pressures subside and the BoC’s response to them is more muted than bond-market investors expect, the odds that today’s variable rates will win out are much better.

So which outcome is more likely?

To help evaluate that question, let’s start with a quick review of five key developments that have helped push GoC bond-yields (and our fixed mortgage rates) higher of late:

1. Recent Canadian Inflation Data – Overall inflation, as measured by our Consumer Price Index (CPI), has risen to 2.3% and is now above the Bank of Canada (BoC) target rate of 2%. And the BoC’s three key sub-measures of inflation are right around 2% as well. Bond-market investors are worried that these rising inflationary pressures will persist but the BoC sounds less concerned. It recently attributed the recent run-up to “temporary factors” and predicted that inflation would remain close to 2% “over the projected horizon” (which covers the next three years).

2. The Output Gap – The output gap measures the gap between our economy’s actual output and its maximum potential output. When the output gap closes, costs rise as resources, like labour, become more scarce. The output gap is hard to measure exactly, because both our actual and maximum potential output fluctuate, but the bond market believes that it has almost closed. The BoC recently changed its assessment of our current output gap and now believes that it is wider than previously estimated, and as such, that our economy has more room for non-inflationary growth.

3. Improving Labour-Market Conditions – Our economy has added jobs at an impressive rate over the past year and our unemployment rate now hovers at 5.8%, which is the lowest it has been in ten years. Our April employment report just confirmed that wages have now risen by 3.3% on a year-over-year basis and that has bond-market investors betting that rising labour costs are going to fuel additional inflation. That said, recent minimum wage increases in BC and Ontario are temporarily inflating the wage data and key sectors of the labour market like goods-producing employment (which fuels job creation across our broader economy) are declining. Also, our participate rate, which measures the percentage of working age Canadians who are either working or are actively looking for work, has been declining steadily for the past ten years. BoC Governor Poloz recently speculated that there may be as many as a million able-bodied Canadians still on the sidelines.

4. Recent U.S. Inflation Data – U.S. inflation has risen steadily over the past year and now stands at 2.5%. Surprisingly, the U.S. federal government has introduced tax cuts and implemented new spending stimulus at a time when the U.S. economy is operating at or even above full capacity. These actions are unprecedented at this point in the U.S. economic cycle and bond-market investors are rightly worried that they will cause U.S. inflation to surge higher. If the U.S. Federal Reserve can’t keep U.S. inflation under control, our extensive trade with U.S. markets virtually assures that we will import that inflationary pressure over time. But the U.S. tax cuts and spending stimulus have coincided with U.S. GDP growth of a little more than 2% and that’s in combination with a surge in U.S. consumer borrowing and a sharp decline in the U.S. personal saving rate. How would the U.S. growth be doing without all of those short-term sugar highs? The U.S. economy is in the midst of its second longest economic expansion on record and when the current run comes to an end and it falls into recession, which the bond market isn’t currently pricing in to near the extent that I think it should, U.S. inflationary pressures will ease, the Fed will curtail its rate-hike plans and U.S. bond yields will almost certainly fall.

5. U.S. Bond Yield Movements – Canadian bond yields are highly correlated to U.S. bond-yields (see below), which have been on the rise thus far in 2018 for various reasons. (For example, because of the Fed’s recent rate hikes and its balance-sheet reductions.) That said, this correlation can certainly weaken if for example, the Fed and the BoC’s monetary policies diverge markedly (as they may this year), or when there are sharp movements in oil prices (which affect Canada more than the U.S.). 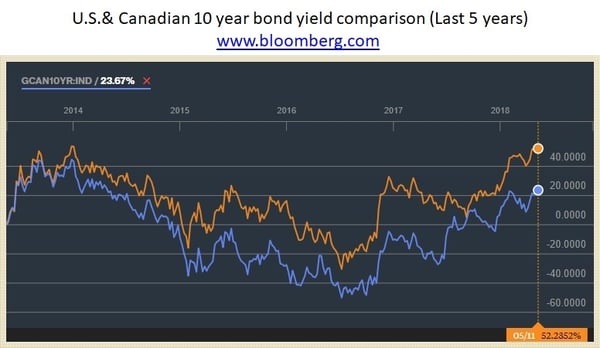 As outlined above, the BoC isn’t completely aligned with the bond-market’s assessment of the developments that are fueling today’s rising inflationary pressures.

Furthermore, in my estimation, the rising inflationary pressures that are garnering so much attention of late are largely short term and cyclical in nature, and there are underlying deflationary pressures that are longer term and more structural in nature that I expect will reassert themselves over time. (Reminder: cyclical factors are basically tied to the economic cycle while structural factors are not.)

I have written about these longer-term deflationary forces before. Here is a quick recap: 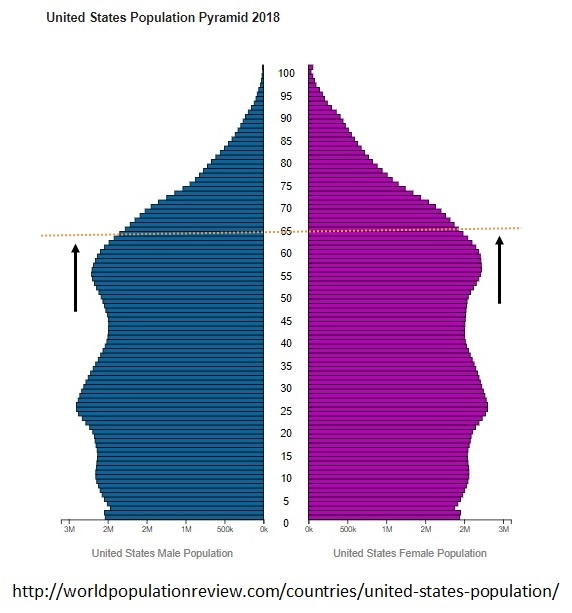 The BoC pays more attention to these longer-term factors than bond-market investors, and in addition to balancing today’s short-term rising inflationary pressures against longer-term deflationary ones, the Bank must also weigh broader factors, like trade and geopolitical uncertainty. Those factors should also help to increase the BoC’s tolerance for short-term fluctuations in the data.

The Bottom Line: I think the odds that the variable rate will save money versus its fixed-rate equivalent over the next five years have improved of late. That said, I’m not suddenly recommending that everyone suddenly take a five-year variable rate, because there is no such thing as one-size-fits-all mortgage advice in my business.

I wanted to include some variable-rate simulations in today’s post but it is already running long so I will offer those next Monday instead. I’ll outline three different paths for variable-rate increases in the coming years and will also show the impact that variable-rate decreases (heaven forbid!) might have farther down the road. After all, five years is a long time and over the past 28 years there hasn’t be a single five-year period where the BoC didn’t drop its overnight rate at least once.