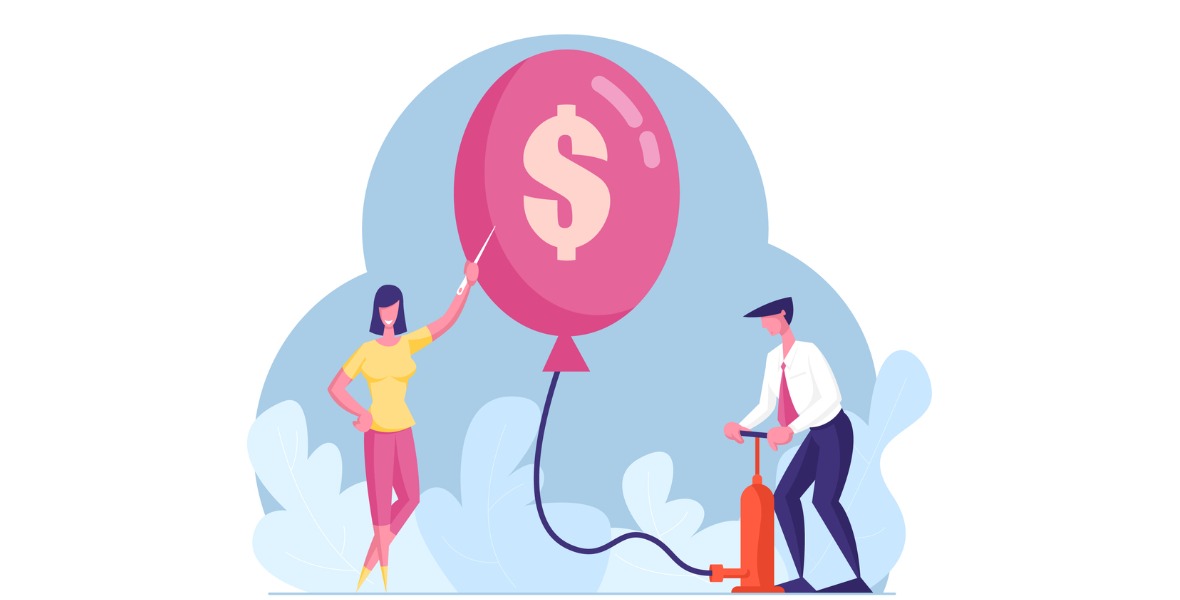 How Will Canadian Mortgage Rates Be Impacted by New US Rate Timetable?

The US Federal Reserve has moved up its projected increases up from 2023 to 2024 as debate over inflationary pressures continues.

The US Federal Reserve held its policy rate steady last week. But its latest dot-plot chart, which summarizes each individual Fed official’s forecast of where its policy rate is headed, now indicates that its members expect an average of two 0.25% hikes by the end of 2023. That was a noteworthy change because up until now, this key chart wasn’t projecting another increase until 2024.

The market’s reaction was as expected. US bond yields surged higher and Canadian bond yields, which usually move in near lockstep with their US equivalents, were taken along for the ride.

The bond market and the Fed have been at odds about the future path of rates for some time now. The Fed has committed to keeping rates ultra-low for an extended period to give the US economy time to recover from the pandemic, but bond-market investors believe that rising inflationary pressures will force the Fed off the sidelines sooner than it projects and have pushed yields higher in anticipation of that outcome.

In today’s post, I’ll share my thoughts on the Fed’s latest statement and offer my take on the implications for Canadian mortgage rates.

The Fed started by acknowledging the obvious point that everything depends on the path of the virus. It noted progress on vaccinations, strengthening overall economic data, and improvement in the sectors that had been “most adversely affected by the pandemic”. It also reiterated its belief that the recent rise in US inflation is being driven by “transitory factors”.

Encouraging developments aside, the Fed noted that “risks to the economic outlook remain”, and it repeated its commitment to keep its monetary policies ultra-accommodative until its dual-mandate goal of price stability and maximum employment is met.

It then offered more specific details on those objectives.

First, it reiterated its commitment to achieving a target inflation rate of 2 percent “over the long run” through average inflation targeting (AIT). It explained that because US inflation has run “persistently below” 2% for an extended period, going forward it will allow inflation “to moderately exceed 2 percent” until its long-term average returns to that level.

Second, the Fed held firm to its commitment to hold its policy rate steady until the US economy returns to its pre-pandemic unemployment rate of 3.5%. For reference, the US economy is still about 10 million jobs short of that level, and that’s without factoring in any additional natural growth of the labour force over the ensuing period.

The Fed’s latest dot-plot chart may have moved up its expected rate-hike timing, but its latest statement made it clear that it still won’t be hiking any time soon.

The Fed is using two main monetary-policy levers to keep US rates at ultra-low levels. It is holding its policy rate in the 0% to 0.25% range, which keeps short-term rates nailed to the floor, and it is also using its quantitative easing (QE) programs to purchase longer-term treasuries, which puts downward pressure on longer-term rates.

The Fed has said that when it is satisfied that the US recovery is nearing completion, it will begin to tighten US monetary policy in three steps: 1) by tapering its QE purchases, 2) by halting QE altogether and 3) by starting to raise its policy rate.

The bond market consensus had expected the Fed to put step one on the table by outlining its QE tapering plans last week. That didn’t happen. Instead, the Fed reiterated its commitment to maintain its current QE pace “until substantial further progress has been made toward the Committee’s maximum employment and price stability goals”.

The key phrase from a timing perspective? Substantial further progress. No ambiguity there.

The latest dot plot may have moved up the Fed’s expected rate-hike timing, which bond-market investors were primed and ready for, but the expectations gap between the Fed and the market is still wide, and its latest statement confirmed that tapering is still farther off than the market expects.

What might it take for the Fed to actually start tapering?

My guess is several months of 1 million+ job growth, inflation rates persistently above 3%, and robust GDP data that go beyond the reopening phase and capture the US economy’s continued strong performance after the US federal government’s generous stimulus programs have been wound down.

Now back to the key question for readers of this blog: How does all of this impact Canadian mortgage rates?

As mentioned above, our Government of Canada (GoC) bond yields, which had been drifting lower for some time, surged higher in sympathy with their US equivalents. To cite the most prominent example, the five-year GoC bond yield, which our five-year fixed mortgage rates are priced on, spiked from 0.84% to 0.96%.

That said, 0.96% is still below the 1.00% level that prompted the last round of five-year fixed-rate increases, so yields will likely have to push beyond that level before we start to see mortgage rates respond.

The bond market tends to shoot first and ask questions later, and I expect that initial spike to fade (before it impacts our fixed mortgage rates) as it becomes increasingly clear that the Fed’s next rate increase is still likely a long way off.

Last week’s Fed update won’t have any immediate impact on our variable mortgage rates, which move in tandem with the BoC’s policy rate, but I do think the Loonie’s reaction was noteworthy for variable-rate borrowers.

In a recent post I explained why I believe that the Loonie will limit the BoC’s ability to raises its policy rate ahead of the Fed.

To quickly recap, I noted that the BoC’s decision to shorten its forecasted rate-hike timetable was based, in large part, on its forecast that an export-led recovery will buoy our economic momentum. But I predicted that if the BoC raises ahead of the Fed, it will push the already lofty Loonie still higher against the Greenback and greatly diminish the probability of that outcome.

For reference, the Loonie had risen from 73 cents last June to 83 cents a few weeks ago, with about 4 cents of that run-up directly attributable to the BoC’s recent decision to accelerate its rate-hike timetable.

On first pass, last week’s Fed shift was good news for the BoC because it knocked some of the wind out of the Loonie’s sails and halted its seemingly inexorable rise – it has lost 2 cents against the Greenback since last Wednesday.

But the currency market’s immediate and sharp reaction to the change in the gap between the Fed and the BoC’s rate-hike plans should also give the Bank pause because it provided further confirmation that front-running the Fed next year would materially impact the Loonie (and our exporters).

The Bottom Line: The Fed’s latest dot plot moved up the timing of its next rate hike from 2024 to the second half of 2023 (with a second increase not far behind it).

That said, in its latest policy statement, the Fed also reconfirmed its commitment to maintain its current monetary policies until “substantial further progress” is made, thereby showing more patience than the bond-market consensus expected.

After carefully considering both sides of the argument, I expect that last week’s bond-yield run-up will fizzle out and our fixed and variable rates will continue to hold steady over the near term.

And what it means for Canadian mortgages.
Read More
Mortgage

Canadian mortgage rates have been on a tear lately.
Read More