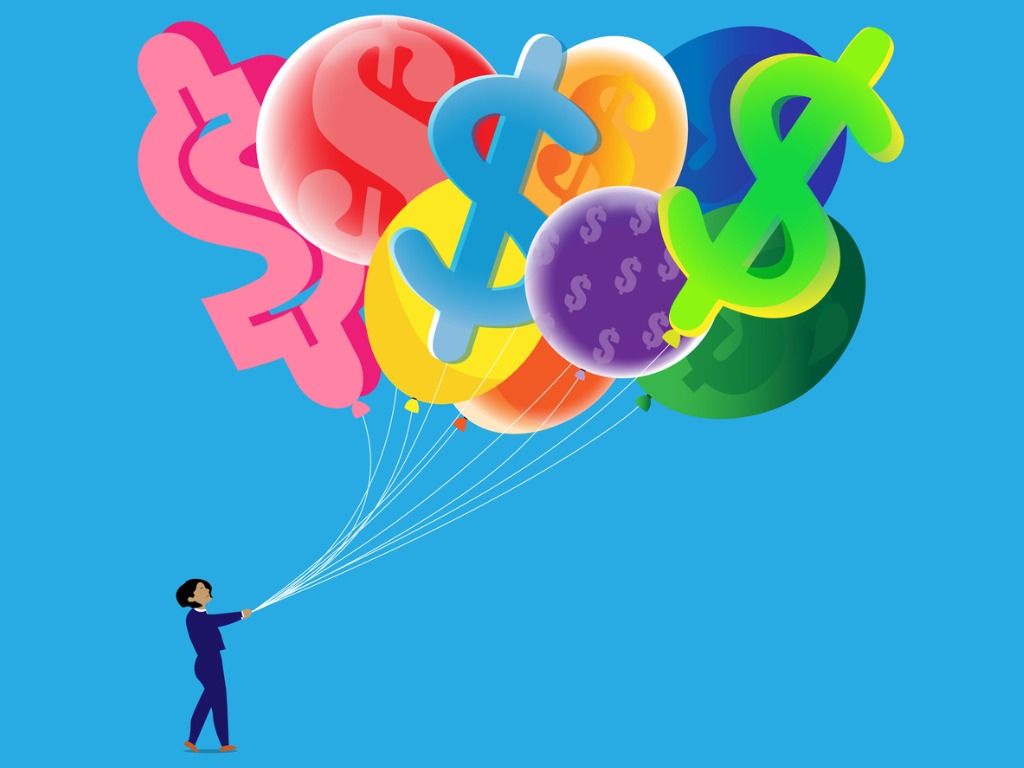 Will the Bank of Canada’s Hawkish Turn Quell Inflation Fears?

Perception can matter more than reality.

For example, when the pandemic first hit, everyone worried that we were going to run out of toilet paper. That led to hoarding, and before we knew it, the shortage everyone feared materialized. In retrospect, if the public had just kept its cool, there wouldn’t have been a problem. But fear took hold, perception became reality, and some people were left searching for a substitutable good.

Central bankers are increasingly worried that today’s perceptions about inflation could lead to a similar outcome.

If people believe that price pressure will remain elevated, they may well accelerate their purchase plans. That added demand could then fuel additional price rises, and if that happens, at some point, employees will start demanding raises to make up for their lost purchasing power. Higher labour costs would then likely lead to more price rises.

Their continued, rational assurances that the current inflation run-up will prove transitory are falling on deaf ears. Investors, businesses, and the public at large are increasingly worried that policy makers have left the QE and low-rate punch bowls out for too long, and addressing that concern was job one for the Bank of Canada (BoC) at its policy-rate meeting last week.

It did not disappoint.

To begin with, the Bank announced that it would stop using quantitative easing (QE) to put downward pressure on Government of Canada (GoC) bond yields. Instead, going forward, it will replace only the GoC bonds already on its balance sheet as they come up for renewal each month.

Doing this will maintain, but no longer increase, the BoC’s overall share of the GoC bond market (which currently stands at a whopping 48%).

That move was largely expected, but the BoC didn’t stop there.

It also adjusted its forward guidance around the timing of its next policy-rate hike from “sometime in the second half of 2022” to “sometime in the middle quarters of 2022”. This tweak means that the Bank’s next hike could happen as early as next April, instead of next July.

Moving up its forward guidance may have been easy enough, but justifying this policy shift in its accompanying Monetary Policy Report (MPR) using the latest economic data was more difficult.

For starters, it assessed that our economy “is once again growing robustly” but also slashed its year-over-year growth forecasts for 2021 from 6.0% to 5.1%, and for 2022 from 4.6% to 4.3%. Those revised numbers might not sound too bad, but remember that we’re still in our reopening phase, where growth rates should be elevated, and that we still haven’t recovered to our pre-pandemic GDP level.

More strangely, the BoC estimated that our GDP will grow by 4.7% on a year-over-year basis in the third quarter of 2021, but two days later, Statistics Canada estimated that our GDP would only grow by only 2% over that same period. If Stats Can’s estimate proves correct, an annualized GDP growth rate of 2% in Q3 would be a big disappointment at this stage.

Why, you may be wondering, would the Bank be moving up its rate-hike timetable while slashing its growth forecasts?

After all, it has long committed to keeping our policy rate at its current 0.25% level until our output gap completely closes. (As a reminder, the output gap measures the difference between our economy’s actual output and its maximum potential output.)

The answer: Because it is changing the way it estimates our economy’s maximum potential output.

As CIBC’s Chief Economist Avery Shenfeld explained, the Bank will now factor in “the impact of temporary supply chain disruptions and labour mismatches in benchmarking what level of GDP constitutes a zero output gap. An auto plant that’s closed in Q2 2022 due to a lack of parts, or a restaurant taking longer to fully staff up, don’t apparently count in the measure of the economy’s productive capacity, even if these issues will mostly be gone by the end of 2022.”

Governor Macklem also left the Bank plenty of room to manoeuvre when he noted in the opening statement of his press conference that “there is more uncertainty than normal around the economy’s productive capacity due to the unusual circumstances of the pandemic”.

If our economy’s output slows, the Bank may now assess that those temporary factors have slowed its maximum potential output by even more, right up to the point where our output gap closes. But that would seem like a very strange rationale for rate hikes coming out of a pandemic.

Here were some of the BoC’s key observations about our current inflation backdrop:

A look at the points above makes me wonder how effective rate hikes would be in combatting the kind of inflationary pressures we are experiencing today, at least with our old gauge for measuring maximum potential output still in place, and they also help explain why the BoC’s decision to move up its rate-hike timetable came as a surprise to me.

For my part, I still don’t think the Bank’s first rate hike will materialize as quickly as the consensus expects, and that its next rate-hike cycle will unfold more gradually than the market is currently pricing in. Simply put, I think variable rates still have the potential to outperform their fixed-rate equivalents.

Higher rates aren’t going to ease supply-chain disruptions. (They will have much more impact on the kind of demand-led inflation that the BoC is forecasting for 2023, and its previous rate-hike guidance aligned tightening with that development.)

Our government has also just removed most of the emergency fiscal supports that were tied to the pandemic, and it is not yet clear how much momentum that will sap.

If labour costs remain largely contained, that will greatly reduce the odds that elevated inflation pressures will be sustained (because they are by far the biggest single cost for most businesses).

Bond yields surged higher in expectation of the Bank’s hawkish turn, and that has increased the wide range of borrowing rates that are priced on them, such as our fixed mortgage rates. As I have written in previous posts, that has created tightening impacts that are similar to policy-rate rises.

Regardless, last week the BoC made it clear that it won’t hesitate to start hiking if inflation fears continue to rise and expectations become what it refers to as “unanchored”. Or, put another way, if it sees evidence of the inflation equivalent of toilet-paper hoarding.

The Bottom Line: The five-year GoC bond yield continued to climb last week, and another round of fixed-rate mortgage hikes are on the way.

Last week’s BoC policy-rate announcement also advanced the likely timing of its next policy-rate hike, and that means that variable rates might rise as early as next April (although the BoC left itself plenty of wiggle room to change its mind).

And what it means for Canadian mortgages.
Read More
Mortgage

Canadian mortgage rates have been on a tear lately.
Read More