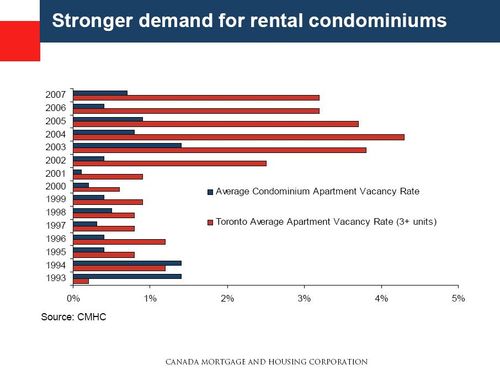 Most of the uncertainty surrounding the short term outlook for Toronto’s condo market has to do with the roughly 147 condos currently under construction and the unknown percentage that were purchased by investors versus future home owners.  The theory is that if the percentage owned by investors is high we might see some downward pressure on the condo market should these investors decide to sell in large numbers once their condos are registered.

Here it’s worth drawing a distinction between condo investors and condo speculators.  Condo speculators have no plans of ever holding on to their units, they buy condos in the pre construction phase when they are cheaper for the sole purpose of flipping them at a higher price once the condo is completed.  Condo investors like speculators also benefit from the increase in value from the time they buy to the time their condo is completed, but unlike speculators they hold on to the condo as a source of rental income. 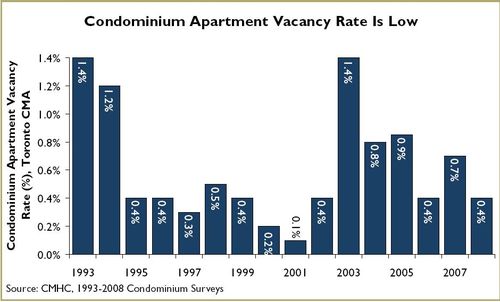 A low vacancy rate is good news for Toronto condo investors and may provide some relief to speculators who might choose to rent their units instead of sell them in 2009/2010.