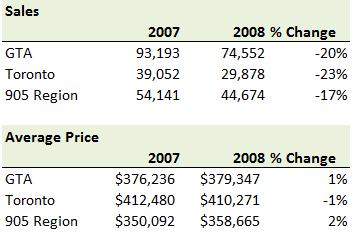 Here's a summary of the 2008 stats for the GTA as a whole along with separate figures for the City of Toronto and the 905 region.