Canadian Home Prices Down 7.4% from Peak

February 2009 marked the sixth straight monthly decline for the Teranet National Bank House Price Index for Canada.  Canadian home prices are now down 7.4% from their peak in August 2008.

Four of the six cities tracked by the index were down in February from a year earlier.  Calgary (-8%), Vancouver (-6%), Toronto (-5%) and Halifax (-0.5%) all experienced a decline in house values with Montreal (3%) and Ottawa (3%) still seeing a rise in house values.

Of the six Canadian cities tracked Calgary is experiencing the biggest decline in prices.  Prices have fallen 12% in Calgary from their peak. 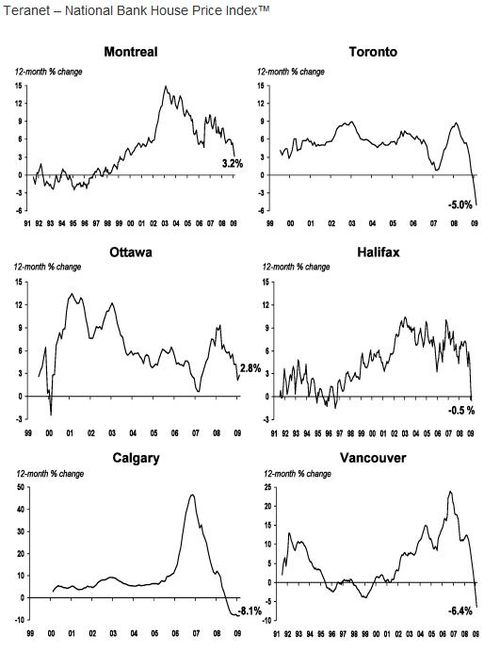