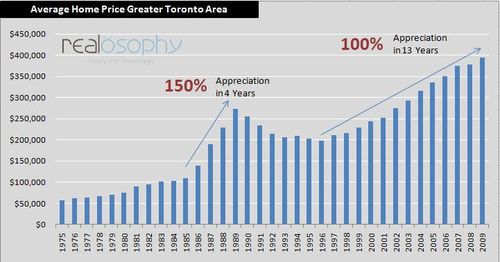 The following chart shows the average price for a home from 1975-2009.

The number of house sales for 2009 increased by 11% over the previous year to 87,308.  The following chart shows the average house price and total annual sales on the same chart. 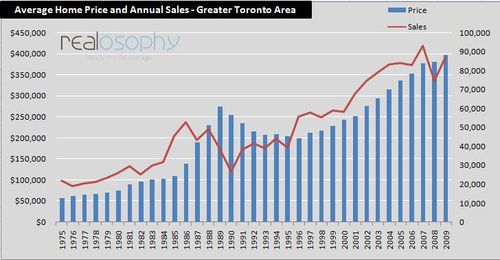 “Market conditions became very tight in the latter half of 2009. Sales climbed strongly relative to the number of homes listed for sale, resulting in robust price growth that more than offset average price declines in the winter,” said Jason Mercer, TREB’s Senior Manager of Market Analysis. “A greater supply of listings in 2010 will see home prices grow at a sustainable pace.”