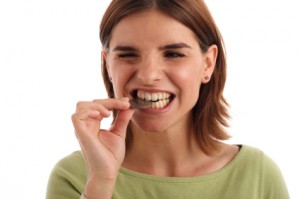 Applying for a Mortgage: The Income Tests

When it comes to underwriting a mortgage application, your income is the straw that stirs the drink. Income has proven to be the lender’s most reliable indicator of loan risk and, as such, the standards set for confirming it are rigorous. Once your exact income has been established, lenders then perform two tests to determine how much money they can safel

y lend to you. The first test, called your Gross Debt Service (GDS) ratio, takes the most basic costs of owning your home (property tax + heat) and combines them with the your projected mortgage payment before comparing the total to your gross income. The second test, called Total Debt Service (TDS) ratio, takes the same costs used in the GDS ratio and adds the ongoing costs of any other outstanding debt that you have before also comparing the total to your gross income. Today’s post will provide insights into how the income tests are handled by lenders. We’ll also touch on what to expect if you are self-employed or have non-traditional income, and we’ll close with some suggestions on the best approach to use when applying.

Canada’s lenders (and their insurers) have the benefit of decades of mortgage lending experience, and they have used their loan performance data to try to predict how much today’s applicants can safely afford to borrow. Because income has proven a powerful indicator of loan risk, the income tests are sacrosanct  The Canadian benchmarks for maximum GDS and TDS ratios originate at CMHC and serve as an industry standard that lenders observe (except maybe within a point or two). The maximum thresholds say that your gross debt service (GDS) costs should not exceed 35% of your household’s income, and that your total debt service (TDS) costs should not exceed 42% of your household’s income. As with any policy, exceptions can be made. For example, some lenders do not use the GDS test as a hard-and-fast rule and in some cases, TDS ratios can be stretched as high as 45%. Generally speaking, the banks are the most conservative when applying their income tests while the non-bank lenders, who offer the same interest rates or better mind you, will sometimes allow a little more flexibility.

When it comes to providing proof of income, standards depend on your type of employment. If you have been working in a salaried job for at least two years where the majority of your income is guaranteed, then confirming your income can usually be done with a job letter, current pay stub, and your most recent two years of Notice of Assessments. Bonus income is generally averaged over the most recent two years. If you work on commission, len

ders will want to see two years worth of income (unless you were formerly working on salary in the same industry) and if you receive substantial tip income, most lenders will increase your gross income by 15% to 50%, depending on your line of work, as a proxy for tips. If you are self-employed, lenders typically use the income shown on Line 150 of your T1 general, but some will allow self-declared income if you have filed as self-employed for at least two years and if they deem your declared income to be consistent with your line of work (again, using their data as a predictor). There are some straight equity programs available for borrowers with substantial equity in their homes, but not as many as there used to be. As a general rule, the more unpredictable your income, the less of it lenders are willing to use when conducting their income tests.

As far as tips go, the best advice any broker can give a client is to be conservative when stating income. Underwriters are only human, and if they start picking apart an overstated income number they may end up using lower earnings than would be the case if you had been more accu

rate upfront. Also, an excellent credit score is your best chance for an income-test exception because if there is a discrepancy between how much income you declare and the amount you pay taxes on, it shows that one way or another you meet your debt obligations. The other tip I would offer is to include details on all forms of income, such as investment income from non-registered accounts, second jobs, alimony, child tax credits and so on. Lenders will be subjective in how much of this secondary income they will use, but the more you show, the better your chances. Other factors, such as job tenure, net worth and property location make only a minor difference when deciding on income exceptions.

If you are wondering how much your income will allow you to borrow, feel free to check out our online calculator called, “How Much Can I Qualify For?” While today’s post gives you a general idea of how lenders conduct their income tests, the income 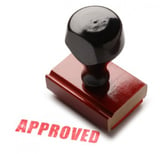 confirmation part of the underwriting process is complicated and often involves some negotiation. Partnering with an experienced, independent mortgage planner helps ensure that your income profile is matched with the most accommodating lender, maximizing your chances for approval. As with any test, it pays to plan ahead.